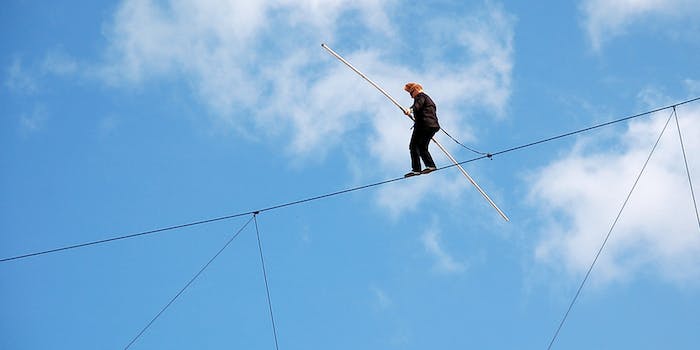 Conquering our imaginations and social media all at once.

Perhaps the most amazing part of daredevil Bello Nock’s dizzying high-wire feat above Times Square today—eight hours balancing on a chair, with no safety net, and just one bathroom break so far—is that it’s merely the prelude to an even bigger spectacle. He’ll be doing a global stunt tour this summer that culminates in a Las Vegas event called “The Ultimate,” where he’ll attempt to break 15 world records in 15 minutes on a Rube Goldberg device the size of a football field.

Anyone will be able to screen that once-in-a-lifetime show via the TheUltimate.com for just $1.99 when it happens on August 30, but for now Nock is sitting pretty in the heart of Manhattan. 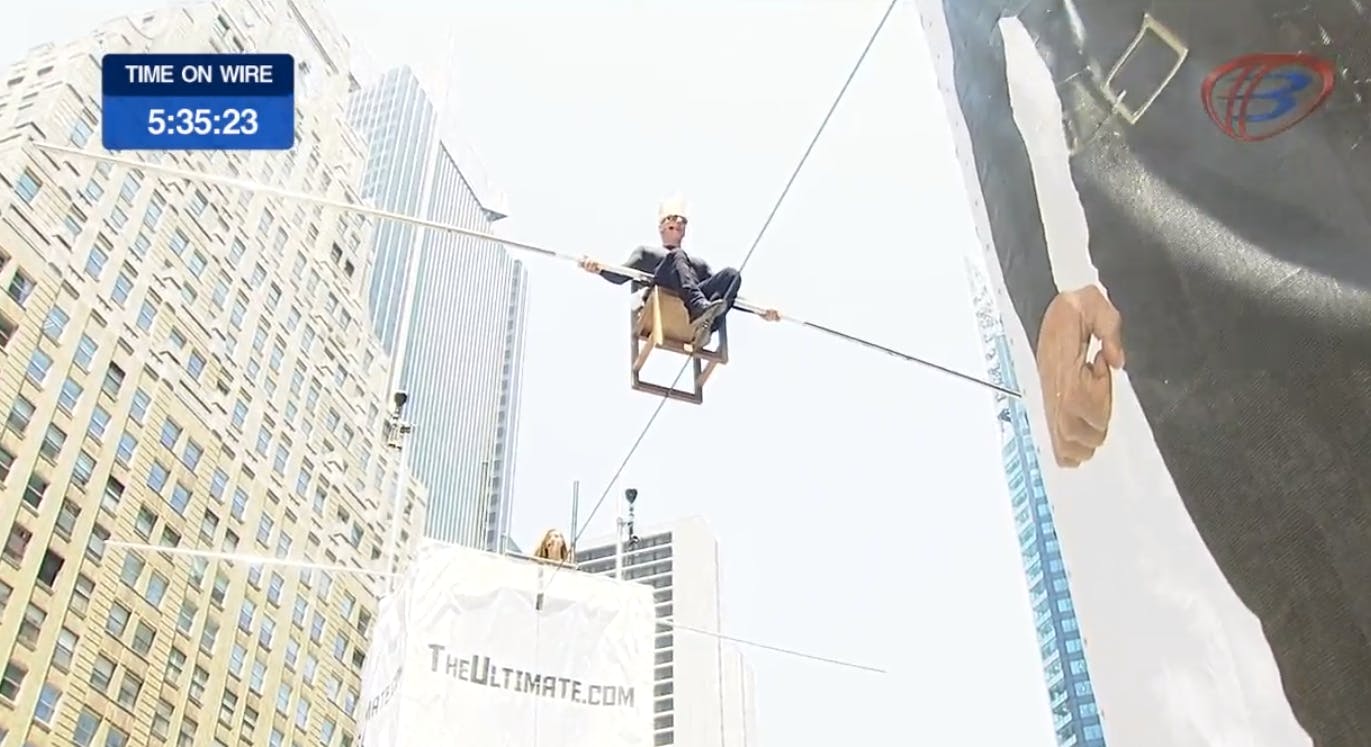 Keeping your cool up there seems hard enough, but Nock has also been taking interview questions via social media and from news outlets. I had the chance to climb atop an adjacent platform and ask Nock first about the connection between circus performing and family, as his daughter, Annaliese Nock, an eighth-generation death-defier, had briefly joined him on the wire.

“There’s nothing that can take the place of seeing a smile in someone’s eyes—to inspire someone,” Nock said, adding that it’s not fame that drives him, but the pursuit of passion, and that “having follow someone in your footsteps” because they recognize that is “the coolest.” 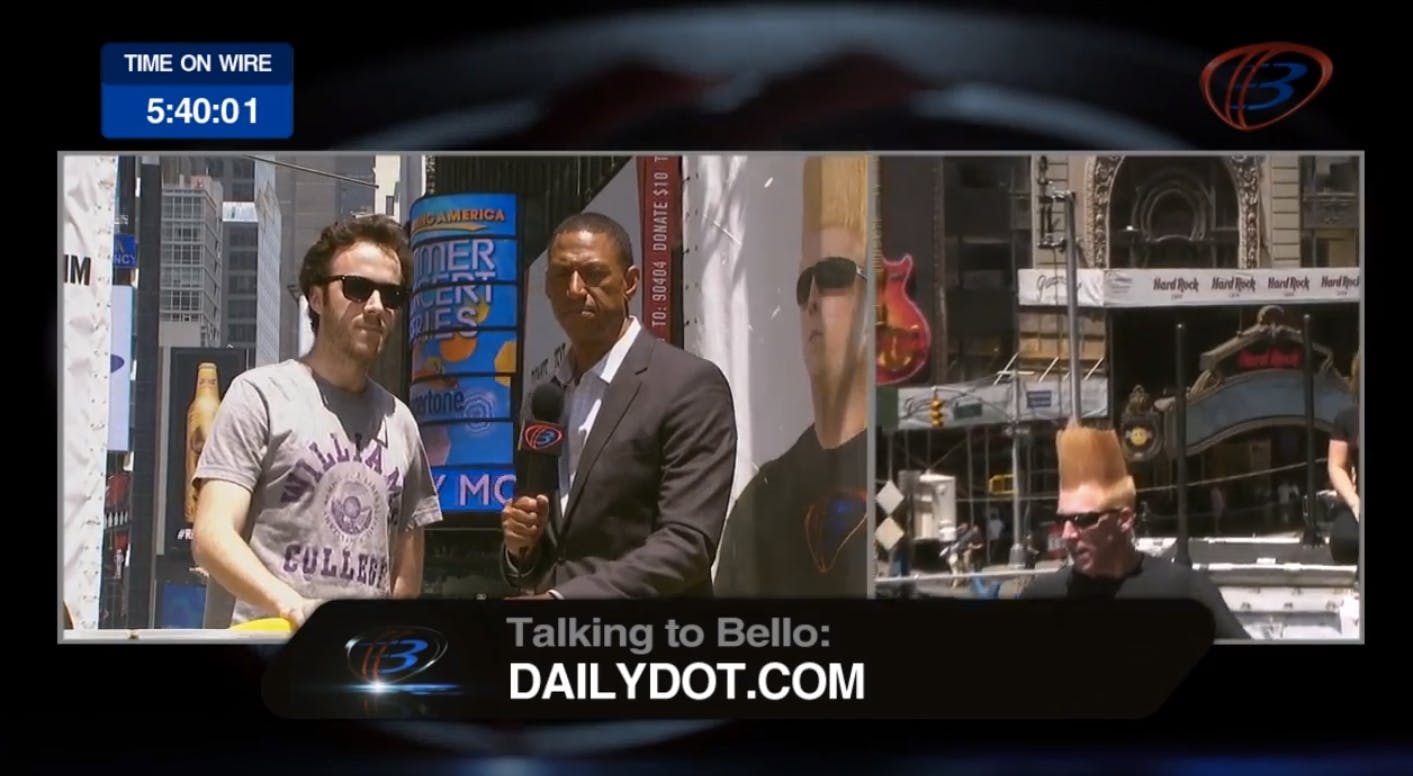 That’s me on the right, clearly underdressed for the interview.

I knew Nock had already fielded plenty of questions about his signature coiffure, a foot-high flat-top he’s had since age 11, but curiosity got the better of me, so I asked if it gave him better balance.

Not exactly, Nock admitted, “but it does make it clear that I defy all laws of gravity.” Moreover, it can make the audience question their perceptions: “Is he upside down, or right side up?” Most importantly, he joked, it guarantees that viewers “know they’re in for a hair-raising experience.”

Nock is a busy man, of course, so we had to end our chat there, but check out his live Reddit AMA right here (someone else is typing out his replies, if you’re wondering), as well as the chatter on Twitter hashtags #BelloNock and #TheUltimate. You can also direct questions of your own to @BelloNock to be answered in the Times Square broadcast.

Just hang in there a few more hours, you maniac! After that, it’s all the Bubba Gump Shrimp you can eat.

Photo by Chris Phutully/Flickr (CC BY 2.0)