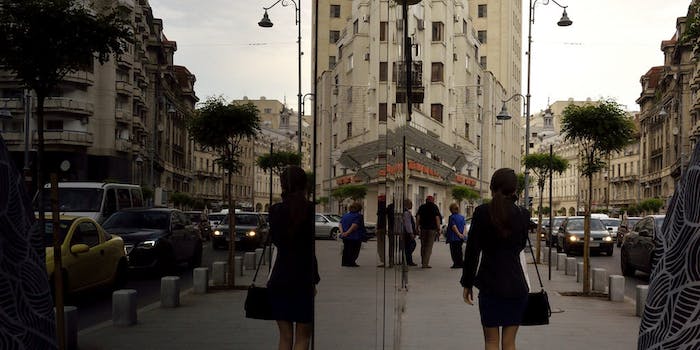 Sometimes, when you’re reporting on street harassment, someone comes along and proves your point.

According to BBC reporter Sarah Teale, an online study revealed that 95 percent of participants had experienced street harassment in some form. Teale explained this during a recent segment on street harassment, which was being filmed in Nottingham. As they were filming, someone off camera shouted “sexual obscenities” at her.

The BBC reports that Teale was actually filming outside a conference center where the issue of street harassment was being discussed.

Irony – reporting how 95% of women are victims of verbal harassment-and a man shouts sexual obscenities at me @bbcemt pic.twitter.com/qYzN40ZfNL

Many commenters have called out the real-time harassment as staged, or claimed Teale is “just cashing in on the trend and trying to be funny and nothing more,” whatever that means. But let’s keep in mind that 95 percent statistic. H/T BBC | Photo via stimpsonjake/Flickr (CC BY 2.0)