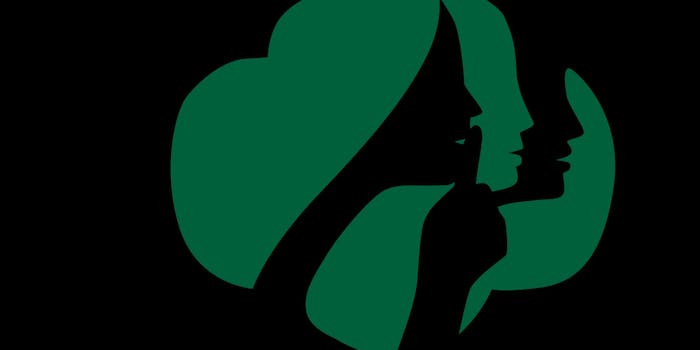 Different women and girls have different experiences with the word. Not all of them are Sheryl Sandberg.

Facebook’s COO Sheryl Sandberg has taken the success of Lean In one step further. Her Ban Bossy campaign’s apparent purpose is to “ban” use of the word bossy in relation to young girls, and the movement to strike it from record comes from Sandberg’s personal experience with the word as a young girl. Now she’s teamed up with the Girl Scouts to make it happen. Here’s some of the reasoning behind it:

“When a little boy asserts himself, he’s called a “leader.” Yet when a little girl does the same, she risks being branded “bossy.” Words like bossy send a message: don’t raise your hand or speak up. By middle school, girls are less interested in leading than boys—a trend that continues into adulthood.”

The site offers further statistics on the effect of the word as it relates to self-esteem and the confidence gap in young girls as compared to boys. Sandberg and LeanIn.org also whipped up a star-studded video to change the conversation around the word, including inspirational figures like Beyoncé, Diane von Fürstenberg, and Condoleezza Rice. Yes, celebrities are a great way to get your mantra out, but what bossy means to Beyoncé might mean something different to a woman working two jobs to support herself or a family. Different women and girls have different experiences with the word. Not all of them are Sheryl Sandberg.

The #banbossy hashtag began trending on Twitter this morning, and so did the debate around whether this campaign had any real merit, was opportunistic (Sandberg might be eying a Senate seat), or might be kind of hypocritical.

Beyonce is trying to ban the word “Bossy”. She believes it is negative towards women. IS THIS REAL LIFE?!!

Ironically, I think ‘bossy,’ and every form of the word, has been used more in the last two days than any other time in history #banbossy

Has Sheryl Sandberg banned misogyny on Facebook yet or no? (that’s a joke, she makes too much $ off of it). #BanBossy

Raising consciousness is important, as is women taking charge of their professional lives, but the “lean in” motto has experienced an odd cultural dispersion, one in which the “Can She Have It All?” refrain is now seemingly applied to any woman attempting to be more than one thing.

Remember that Wendy Davis New York Times cover story last month? It minimized her to an impossible question that men in her position are never asked. No, we can’t have it all. But we can choose what we want for ourselves, much like we can choose which words we think are harmful, and which ones are empowering.

Language is important in relation to self-esteem and closing the confidence gap, but what if a young girl didn’t think that word was bad, until Sandberg and Co. told her it was? Is that furthering the conversation? Instead of elevating or encouraging girls to own being bossy, or offering suggestions on how to address someone calling them that, this campaign is subtly telling them what they shouldn’t be, under the guise of empowerment and concern.

Perhaps it’s the use of the word “ban,” which is often employed in hashtag activism, that seems so backwards here. Can a group of powerful women not work to change the conversation and make bossy an empowering word, one directly related to being a boss? Do we have to cut directly to banning it?

As has been advocated elsewhere today, perhaps it’s time to reclaim bossy. There are far worse words aimed at women every day, ones that do far more harm.