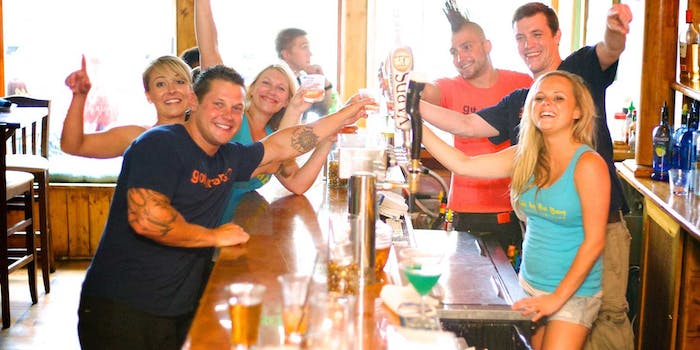 Riptide by the Bay

This Baltimore seafood restaurant's ad results in 20 percent off your meal and a Facebook apology.

In the midst of the Baltimore riots, a seafood restaurant in the city’s Fells Point neighborhood emailed an ad that attempted to find a bit of lightness among the tragic situation: 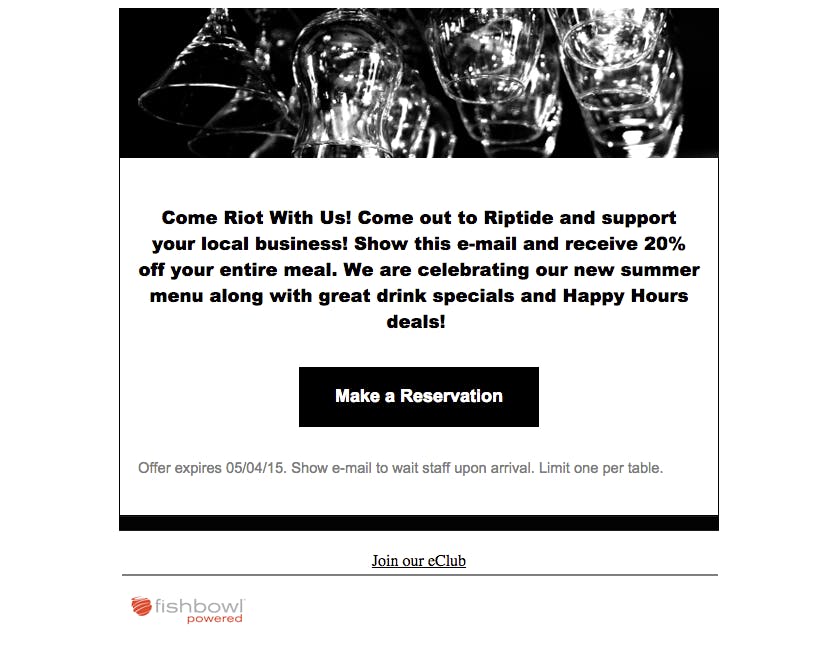 Image via Riptide by the Bay

Twenty percent off your meal is a pretty great deal for the 3.5-on-Yelp rated (that’s not a bad rating for somewhere with a cost rating of only “$$”!) restaurant, but it wasn’t the discount, drink specials, or happy hour deals that got people upset.

No, it was mostly the “Come Riot With Us!” part.

The Baltimore City Paper contacted the restaurant and spoke to the manager, and moments later a new Facebook post from the establishment appeared:

Those in Fells Point, don’t worry: The link to the coupon still exists, and you can still get your 20 percent discount!

H/T City Paper | Photo via Riptide by the Bay