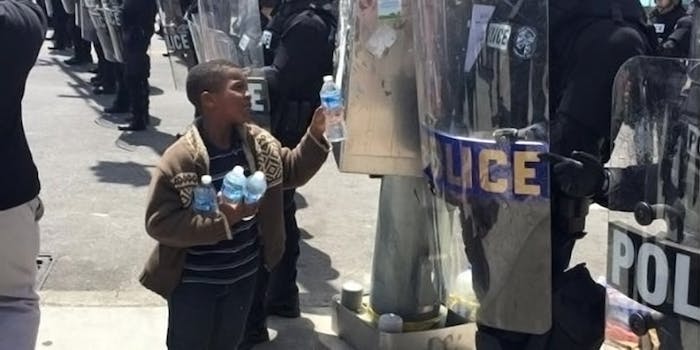 Young people have played an important role during these tense days in Baltimore.

A photo of a young boy handing water to police officers is being shared online as proof that there are some in the community looking to ease tensions in Baltimore. 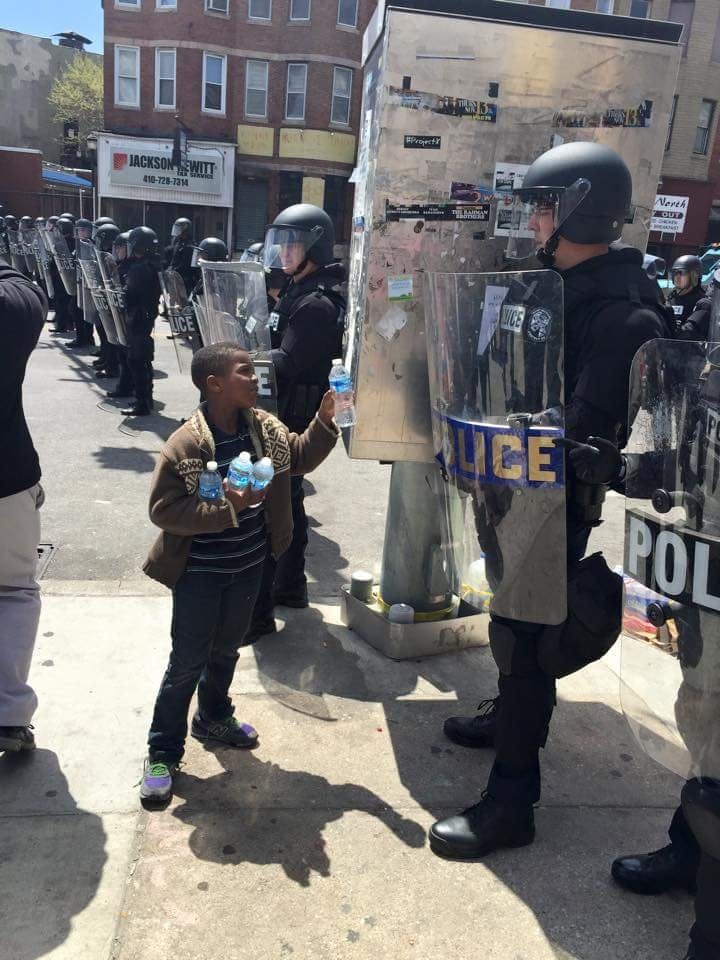 “One of many pictures that I captured today in the midst of helping clean up the city and it speaks VOLUMES #baltimore,” Cromartie wrote in the now-deleted Facebook post.

The photo is particularly poignant in light of the role that young people have played during the Baltimore protests. Teens took to the streets on Monday afternoon as tensions began to rise in the wake of the funeral of Freddie Gray, a young man who died of a spinal cord injury on April 19 while in police custody. In one now infamous video, a mother is seen physically confronting her son to get out of the street and away from danger.

“That’s my only son and at the end of the day I don’t want him to be a Freddie Gray,” Toya Graham, the mom from the video, told CBS. “I was angry. I was shocked, because you never want to see your child out there doing that.”