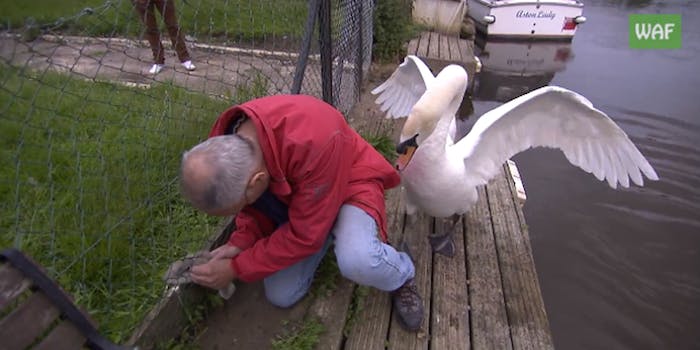 Swans are deeply protective of their babies and personal space, and will do everything in their majestic power to keep them safe. Simon Cowell (no, not that one), founder of U.K. rescue organization Wildlife Aid, experienced this firsthand.

Earlier this year, Cowell set out to rescue a baby swan, known as a cygnet, who’d gotten stuck in a fence near England’s River Thames. A male swan was right behind Cowell the whole time, slapping him with his massive wings and hissing, as the cygnet squeals in fear.

It’s a tense rescue effort, but Cowell tries to talk some sense into the anxious cob: “Don’t have a go at me, I just let him out.”