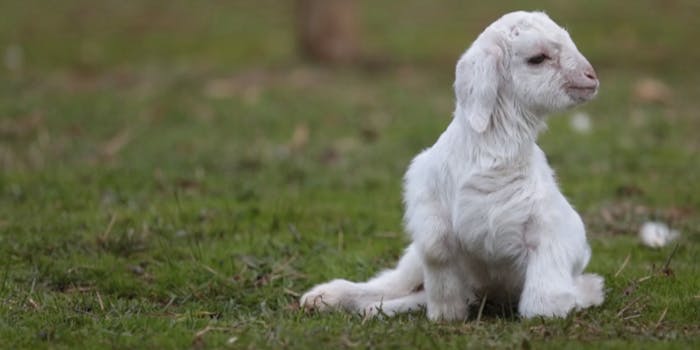 This paralyzed baby goat gets a heartwarming upgrade

If you think your life is tough, you should hear what Frostie the Snow Goat has been through during his brief time on this planet—the brave little guy has been fighting joint ill, a bacterial infection that has left his hind legs practically useless.

But Frostie’s rescuers at Edgar’s Mission Farm Sanctuary in Australia weren’t ready to give up on him just yet. It so happened that Leon Trotsky, an outrageously cute piglet in the same facility, no longer needed the wheelcart that he’d used to get around after an accident damaged his own hind limbs. Frostie seems quite grateful for the hand-me-down: