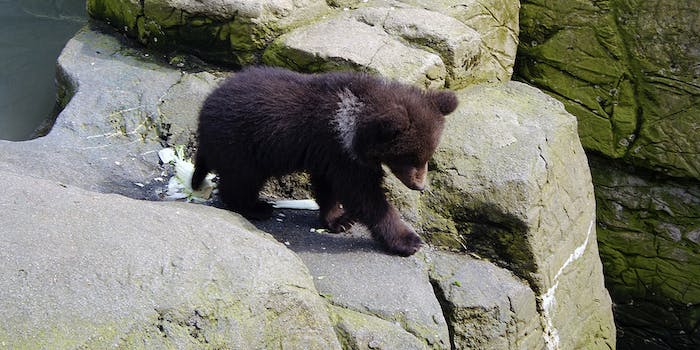 It's not clear what truly happened to these men.

A new video serves as further proof that wild bears are not to be messed with—especially if they’re just cubs.

The video shows several men encountering a baby bear. The men can be heard laughing as they allow their dog to rush at the cub over and over again. But the mood quickly changes when the bear is joined by several other bears, including what appears to be its mother.

An article from Russian news agency sibnet.ru, found by redditor Qg3, claims that three of the men and the dog were mauled to death, while two other men were hospitalized. To date, this remains the only source of information on the events that unfolded in the video.

But, making things even scarier, the article was thoroughly debunked in the Reddit thread. It’s not clear what truly happened to the men in the clip. The video itself is very real, but the aftermath is entirely uncertain.

It may be fun to tease and play with our domesticated cats, dogs, and other pets. However, keep in mind that such playfulness rarely, if ever, carries over into the wild, where survival—by any means necessary—reigns supreme.