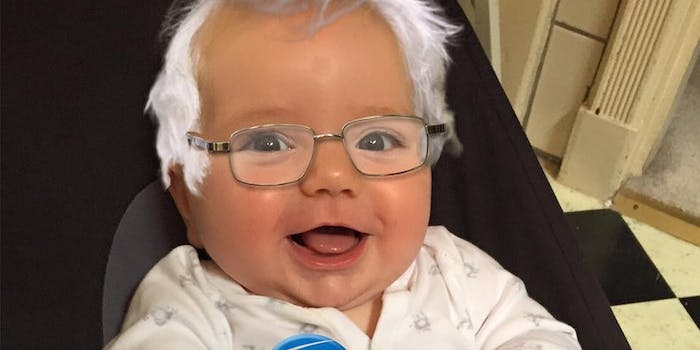 These tiny politicians are set for Halloween.

A group of parents are showing their support for Sen. Bernie Sanders (Vt.-I) in an unconventional and adorable way. They’re dressing up their kids as the Democratic presidential candidate and posting photos of the mini-Sanders on social media. And while the cute factor is certainly driving the #BabiesForBernie movement, there’s a benefit to this trend that’s worth noting: these babies are more likely to be future voters.

Ashira Siegel, the mother who launched the #BabiesForBernie Facebook page and website, snapped a photo of her kid dressed up as Sanders—complete with glasses and a white, wispy wig—and soon the image became a viral meme, leading to the creation of the Babies for Bernie merchandise site. Proceeds from sales go to the candidate’s campaign, according to the website.

“All parents want a better future for their children,” a statement on the site reads. “Bernie Sanders is going to get us there!”

Now parents across the country are posting photos of their own kids in Bernie fashion. 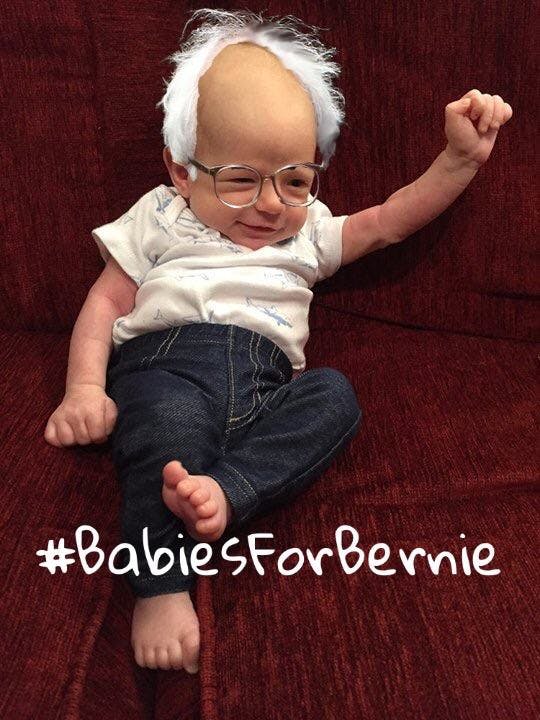 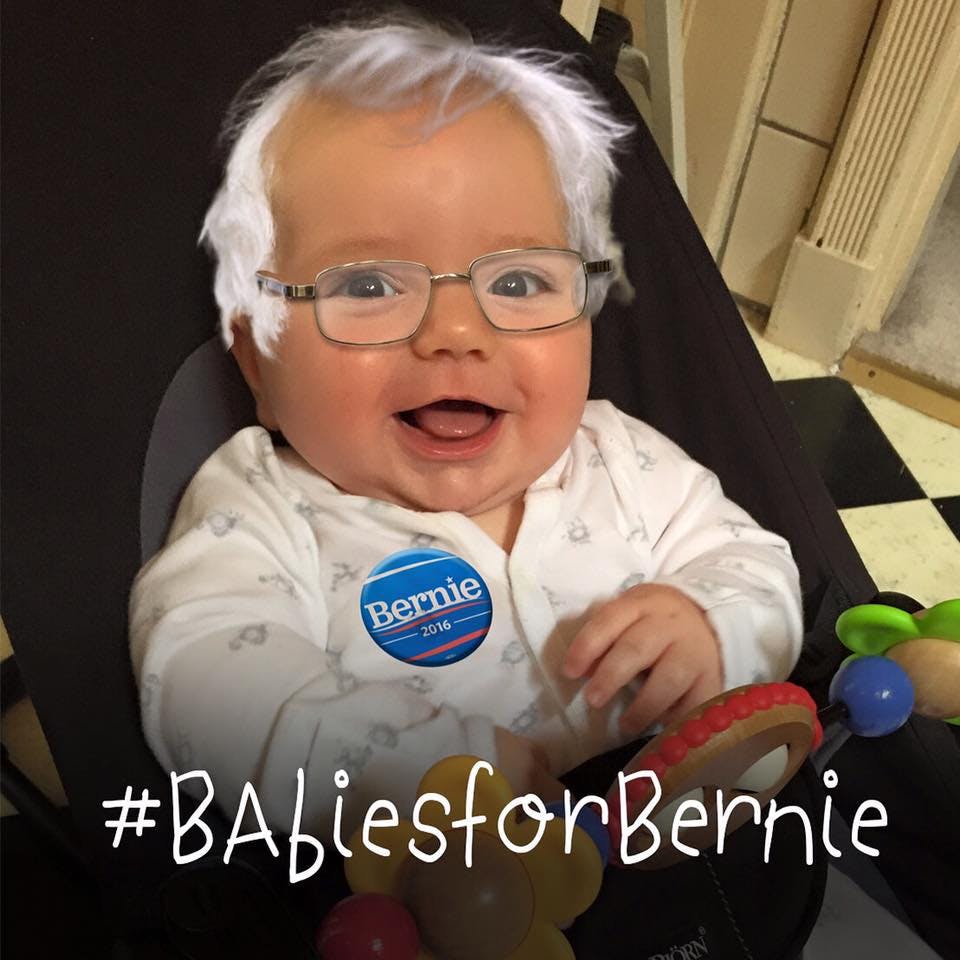 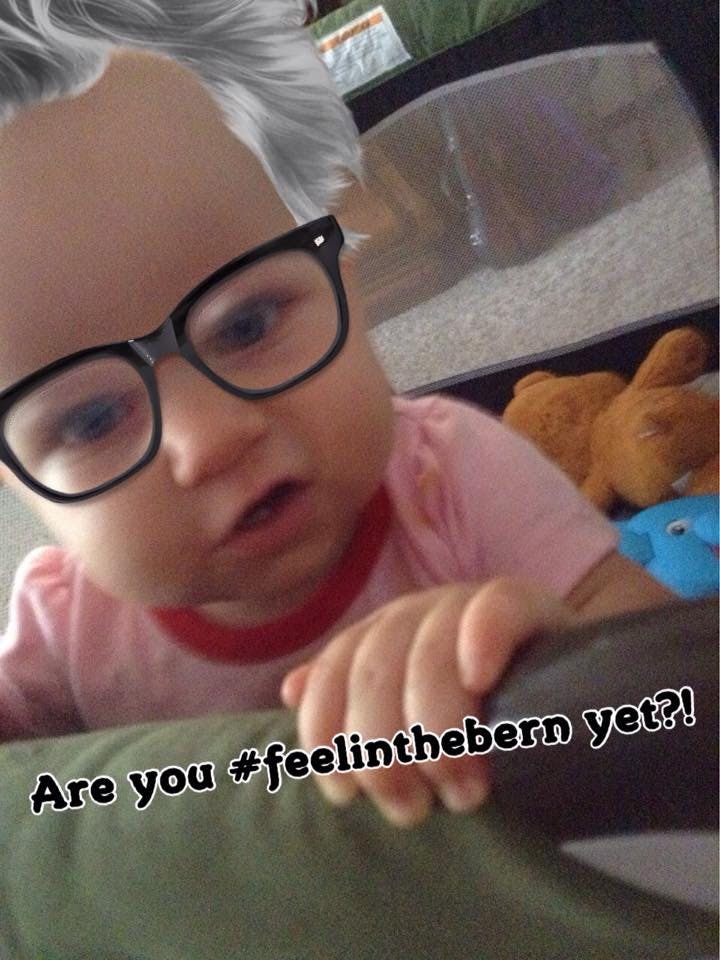 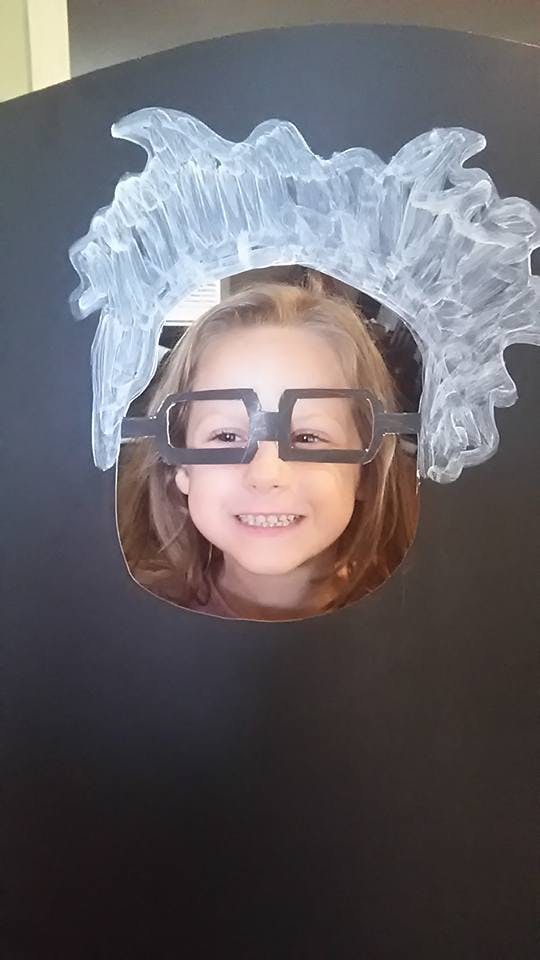 After the first #DemDebate, the future is looking bright for our young #BernieSanders supporters! #BabiesForBernie #BernBabyBern #FeelTheBern #DebateWithBernie #Bernie2016 #ClevelandCountyForBernie

A post shared by Cleveland County for Bernie (@clevelandcountyforbernie) on Oct 14, 2015 at 8:38pm PDT

For all of its cuteness, however, there’s a lesson to be learned from this form of activism. Involving kids in the political process has been shown to promote civic engagement later in life. And though these kids are too young to truly feel the Bern, at least one study says that a politically active household is the first step on the track to raising proactive members of a democratic society.

A 2006 study from the Center for Information and Research on Civic Learning and Engagement found that the “inculcation of student-parent discussion about politics makes the home a powerful incubator for civic growth.”

“One way to look at generational declines in civic engagement is to dismiss schools and families as inconsequential sources for political motivation,” the researchers wrote. “However, this study shows what happens when schools and families interact via student-initiated discussion… As participants in our focus groups revealed, students often relish the chance to engage parents in political discussions and debates, but many adolescents are not likely to initiate these conversations at home unless prompted by peer discussion at school.”

The decline in civic engagement among young voters is a serious problem, threatening to skew the democratic system. With issues such as student debt and college affordability receiving only cursory mention in two of the last three presidential debates—despite the fact that those issues are the most important to Millennials, according to the Pew Research Center—it would seem appropriate to do what we can to increase voter turnout.

That means having more conversations about politics at home and in the classroom. And maybe that means dressing your kid up as a 74-year-old democratic socialist and posting their photos on Facebook.

Photo via Babies For Bernie/Facebook