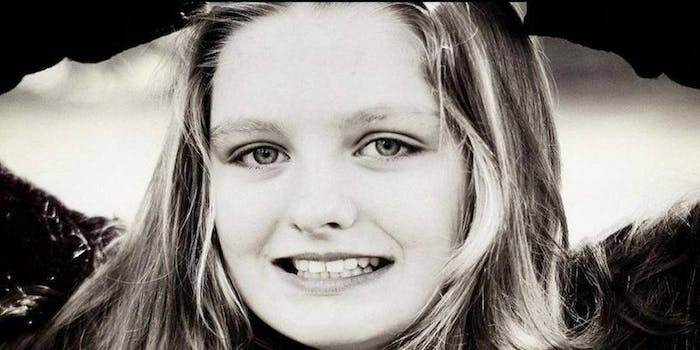 A mom from Oregon has filed an official complaint against United Airlines after the airline kicked her autistic daughter Juliette off a flight from Orlando for being “disruptive,” an incident that was caught by another passenger on camera.

Local Portland station KGW reports that Donna Beegle and her 15-year-old daughter, Juliette, were flying back from a trip to Disney World last week when Juliette started complaining that she was hungry. Beegle managed to flag a stewardess and get her daughter a chicken sandwich, but her daughter wouldn’t eat it and started crying. So Beegle convinced a flight attendant to get her daughter a hot meal from first class.

A few minutes later, Juliette was watching Pocahontas when the captain made an announcement over the intercom that the flight would be making an unexpected stop in Salt Lake City “due to a passenger in the back having issues.” When they landed, two police officers boarded and asked the Beegles to get off the plane.

“Passengers around us were telling the officers that Juliette was fine and there was no problem,” Beegle wrote in a Facebook post documenting the incident. “The officer told us, ‘The captain is not comfortable flying to Portland with your daughter on the plane. You have to leave the plane.'”

The incident was also captured on camera by a passenger who uploaded the footage to YouTube. After the Beegles exit the plane, a passenger is overheard saying, “That’s ridiculous,” and “That’s gonna be a lawsuit.”

In her Facebook post, Beegle said that the United crew likely kicked her family off the flight because she had mentioned in passing to a flight attendant that her daughter had a tendency to scratch herself out of frustration. But she hadn’t scratched anyone on the flight.

“Juliette has flown since she was six months [old]. She has been to five countries, 24 states, and we have never experienced anything like this,” Beegle wrote. “Most often, the flight attendants go out of their way to make Juliette comfortable and happy.” Beegle’s Facebook post has generated hundreds of supportive comments, though some commenters have questioned why Beegle didn’t just buy her daughter a hot sandwich before boarding the plane as a preventive measure.

Beegle has filed an official complaint against United. She also plans to file a discrimination lawsuit, but she’s careful to note the case is “not about money.”

“If there were money, I would give it to the flight crew to use for training” to deal with autistic passengers, she wrote.

“After working to accommodate Dr. Beegle and her daughter during the flight, the crew made the best decision for the safety and comfort of all of our customers and elected to divert to Salt Lake City after the situation became disruptive,” a company spokesperson said. “We rebooked the customers on a different carrier and the flight continued to Portland.”