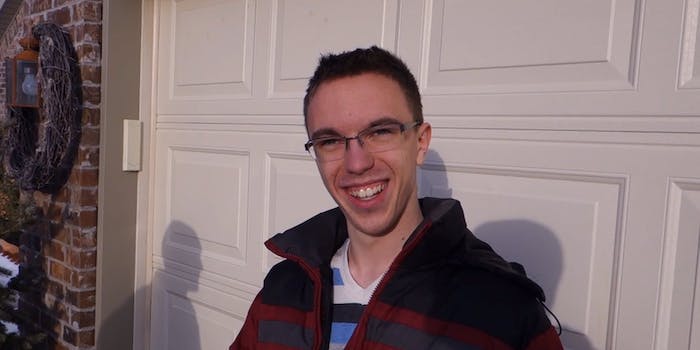 The tech vloggers on YouTube take care of their own—even when one of them loses everything.

The tech vloggers on YouTube take care of their own—even when one of them loses everything.

Austin Evans’s home was destroyed in a fire on Jan. 29. He and the other residents of the building managed to escape unscathed, but aside from a few things he was able to grab, Evans lost most of his possessions, which included most of the equipment he used for his videos.

All I was able to get out. pic.twitter.com/cOMzNl8g4V

He was more thankful that he made it out alive, and he was able to stay with his parents while he sorted things out to start over again.

However, a group of 15 different tech vloggers saw what happened to him and decided to do something about it. They couldn’t get him everything he lost back, but they could provide the equipment and funds for him to start over.

UnboxTherapy and tldtoday flew out to Austin to surprise him with the new gear. With the help of Evans’s dad, they placed the Mac Pro on the front porch, and like most YouTubers would, secretly filmed his reaction. Evans wasn’t expecting something like this, to say the least.

They might be competing for some of the same audience on YouTube, but when one comes across hard times, they’re all in this together.