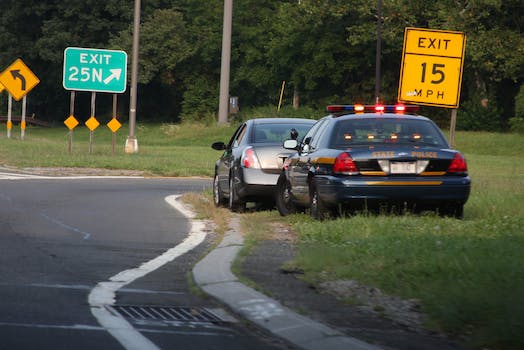 Police are having a tough time these days, what with all the protests and insane jerks trying to kill them. But let’s forget all that for a moment and remember an important fact: Cops often do amazing things.

Audra Daniloff, a high school student from Saukville, Wisc., learned this lesson the hard way after Saukville Police Officer Brandon Depies pulled her over for rolling through a stop sign. Little did she know that it was all a wonderful ruse set up by her father.

“I got some good news and some bad news for you, okay?” Officer Depies said after returning from his vehicle. “The bad news, first I am giving you two tickets. But they are not the type of tickets you think. One is a plane ticket to New York. The other is a concert ticket for your favorite band.”

As you might expect, it takes Daniloff a few moments to figure out what the heck is happening. Once it sinks in, she’s all smiles and happy tears.

“You’re my favorite cop in the entire world!” Daniloff says in the video.

Not only did she get to fly to New York to see her favorite band, Timeflies, but Daniloff also had the chance to meet the band members backstage.

The present from Daniloff’s father, Marc, served as a respite for the 17-year-old, who suffers from a rare immune-system disorder called Hemophagocytic Lymphohistiocytosis, or HLH. The life-threatening condition put Daniloff in a hospital bed for 58 days, and she continues to return for treatments.

“I thought it was a great idea,” Saukville Police Chief Jeffrey Goetz said of the surprise in an interview with local Fox affiliate WITI. “He had given me a little back story on what his daughter had been through and thought that this concert would make her day if she got to go to New York—and we were happy to be a part of that.”

Photo via dwightsghost/Flickr (CC BY 2.0)