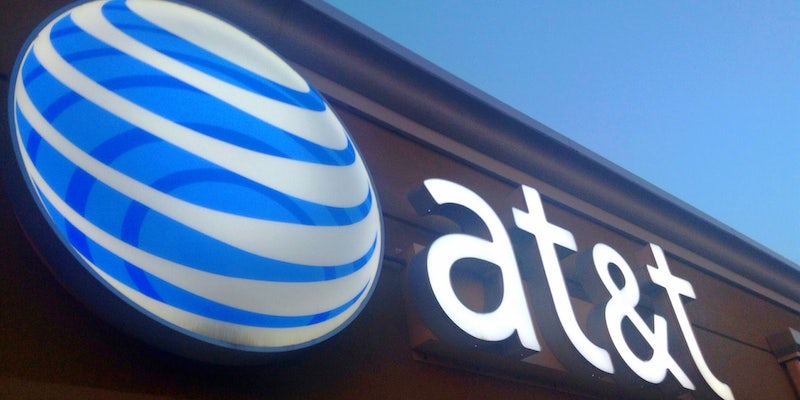 AT&T coughs up $7.7M for letting criminals scam you

You're right to be suspicious about those mystery charges on your phone bill.

Those mystery charges on your phone bill might actually be a scam.

The Federal Communications Commission on Monday announced that AT&T will pay out $7.7 million for allowing criminals to charge customers roughly $9 a month for a bogus “directory assistance” service directly through landline phone bills.

Agents from the Drug Enforcement Administration discovered the fraudulent charges scheme while investigating two Ohio-based companies, Discount Directory, Inc. (DDI) and Enhanced Telecommunications Services (ETS), for drug and money laundering. The DEA reported the scam to the FCC in 2015, the commission said.

“A phone bill should not be a tool for drug traffickers, money launderers, and other unscrupulous third parties to fleece American consumers,” Travis LeBlanc, chief of the FCC’s enforcement bureau, said in a statement. “Today’s settlement ensures that AT&T customers who were charged for this sham service will get their money back and that all AT&T consumers will enjoy greater protections against unauthorized charges on their phone bills in the future.”

The scheme the DEA discovered is known by the FCC as “cramming.” Third parties can pay phone-service providers for allowing them to charge a service fee directly through their phone bill in exchange for customers using their phone number to make payments. According to the FCC, AT&T collected money from DDI and ETS despite the companies providing no “directory assistance” service to customers. Cramming charges will often appear as vague line items on your phone bill, such as “minimum monthly service fee” or simply “service charge” or “other fees.”

In a statement emailed to the Daily Dot, an AT&T spokesperson emphasized the company’s “strict requirements on third parties submitting charges for AT&T bills,” which the spokesperson said “go beyond the requirements of FCC rules and impose safeguards that the FCC proposed but never adopted.”

“Nonetheless, unbeknownst to us, two companies that engaged in a sophisticated fraud scheme were apparently able to circumvent those protections and submit unauthorized third-party charges that were billed by AT&T,” the spokesperson added.

Of the more than $7.7 million AT&T must pay out as part of its settlement, $6.8 million will be refunded to affected customers. AT&T will pay another $950,000 to the U.S. Treasury.

As part of the settlement with the FCC, AT&T must remove “nearly all” third-party charges from customers’ bills, according to the commission, and overhaul its third-party charges process to better weed out scams and give customers better ways to report unauthorized charges. AT&T must also revamp its process for refunding customers forced to pay bogus charges.