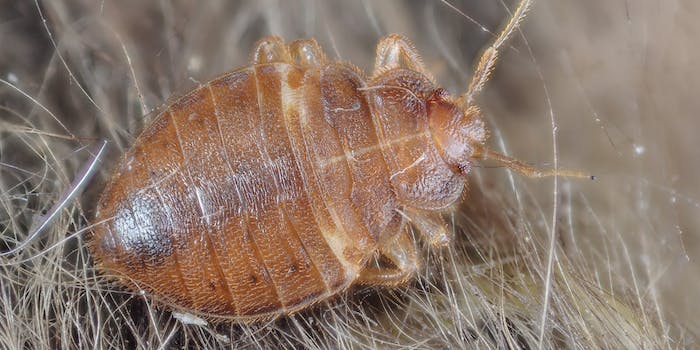 A couple's vacation was ruined after being attacked by bed bugs.

Going on vacation often brings a suitcase full of worries, but one couple visiting New York City found an unforeseen nightmare on their vacation in the form of a bed bug manifestation.

Elgin Ozlen and his girlfriend were gifted a trip to New York from his mother, but they were unable to enjoy any part of the trip because according to Ozlen, bed bugs ate them alive in their hotel room at the Astor on the Park Hotel, located in the Upper West Side.

As Ozlen notes in a six-minute video he posted to YouTube, the bed bug-infested room was the third one he and his girlfriend were given at the hotel; the first room didn’t have a working heater and the second’s power outlets didn’t work. And initially, when his girlfriend got a rash on her body, he thought it was from something she encountered outside. But then he got a look at the mattress and recreated it for the YouTube video.

“This place is gonna have a health inspection, fire department coming for the heating problems, and I hope no one ever stays here again,” Ozlen said.

His video quickly made the front page of Reddit, where commenters were offering a wide range of advice on how to check for bed bugs in your home or a hotel room—which can happen anywhere, not just New York—and what to do if you come across an infestation.

Regarding how to handle the situation at a hotel, one redditor had some helpful suggestions.

Just lift each corner of the bed and look right along the edge. If you see bugs, take a picture with your phone and head straight down the front desk. If you see a lot of tiny spots that don’t appear to be bugs, it is likely excrement, take a picture and head straight down to the front desk–bring your bags. Show the person working the desk the image of said bugs or said bug poops, speak loudly about what the image is, and request a refund.

DO NOT STAY no matter what. Bed bugs will go home with you, and if they infest at home, say hello to one of the worst extermination headaches you can encounter.

The CDC offers tips on what to do if you’re bitten by bed bugs while the EPA has information on how to get rid of bed bugs and how to prevent infestations.

Ozlen and his girlfriend were given a refund by Astor at the Park Hotel, with a hotel employee telling the New York Post that he was “instructed” not to say anything about Ozlen’s claims. But for Ozlen it’s not about money.