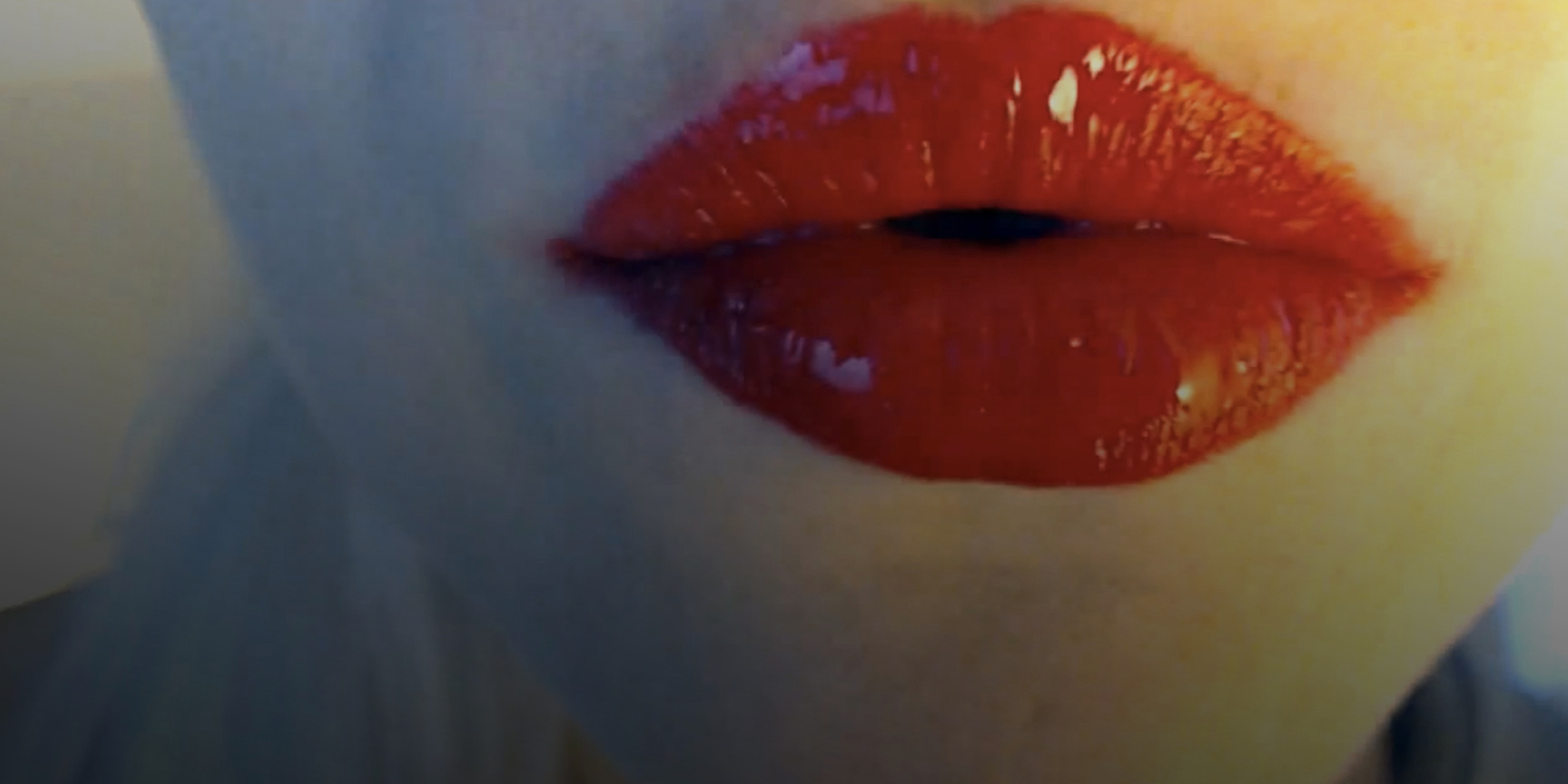 Could the totally nonsexual science of ‘braingasms’ go mainstream?

With one-on-one therapy sessions, ASMR is moving from the fringes of YouTube to mainstream money-maker.

“Before we start, make sure you are well-positioned in your reclining chair or bed so no one gets hurt falling off their desk or anything,” Lilium purrs into the camera. She’s a Danish girl in her mid-20s with dyed platinum-blonde hair, intense green eyes, and the craniofacial structure of a baby bird.

“I can help you let go and become totally present in this time and state,” she says softly, her gaze never wavering from the camera’s lens as she speaks to the 50-odd attendees in her chatroom. “The only thing you have to do is keep listening to my voice.”

During her free half-hour live hypnosis session—which consists of deep breathing and visualization exercises, followed by five minutes of Lilium speaking softly in Danish—I can’t say I approach that level of bliss. Judging by the comments from the other people at the session, however, I’m in the minority.

“Lilium, you have truly been a blessing to me. Because of you my insomnia becomes distant. I feel truly relaxed when you speak,” one fan says.

Another, having clearly disregarded the presession disclaimer, is more succinct: “I think my head is [bleeding] from the fall with my chair.”

Lilium is leading her hypnosis session on LiveNinja, a peer-to-peer video chat marketplace that connects people with experts, or “ninjas,” who offer advice or instruction on a given subject, from what to wear on a first date to the intricacies of trademark infringement law. Lilium markets herself as a “relaxation” ninja and is one of the most popular experts on the site, thanks in part to her built-in audience. She’s also one of the most renowned ASMR-tists, or “whisperers,” on YouTube.

Short for Autonomous Sensory Meridian Response, ASMR refers to a relaxing, tingling sensation some experience in response to certain stimuli, such as soft speaking or getting their hair brushed. These so-called “brain tingles” (they’ve also been referred to as “braingasms,” which has led some to incorrectly view ASMR as sexual or fetishistic) yield soporific effects, which is why many people use ASMR videos on YouTube as an ad hoc treatment for insomnia or anxiety.

Gentle sounds have no doubt been tickling people’s brains for thousands of years. But ASMR only recently coalesced into a communal phenomenon, beginning as a small Yahoo group in 2008 before moving on to a popular blog and then a marginal YouTube community. Lillium’s collaboration with LiveNinja, however, signifies a turning point in the ASMR community, as it gradually evolves from little-known Internet subculture into a full-blown movement on the cusp of mainstream acceptance and visibility.

Lilium has been running her ASMR YouTube channel, TheOneLilium, for the past year and a half, during which she’s racked up nearly 60,000 subscribers and more than 8 million views. Like many ASMR-tists, Lilium maintains a strong connection with her followers by providing them a window into her personal life. She regularly vlogs about her obsession with the video game League of Legends, her struggles with borderline personality disorder, and her relationship with her girlfriend, Evy.

But until one of Lilium’s fans, LiveNinja CEO Will Weinraub, reached out to her six months ago to ask if she wanted to create a profile on the site, she had never interacted with her subscribers one-on-one.

“At first, it was definitely kind of nerve-wracking to be face-to-face with a fan, but it’s also a really special and powerful experience,” she says. “They’re really into the idea of live ASMR, and it seems to trigger people way more than if it’s just a recorded session that you can listen to over and over. So it gives people a unique experience every time.”

Since joining LiveNinja, Lilium has become one of the site’s most popular hosts. She constantly receives requests to book appointments, and Weinraub says that a “good portion” of the site’s traffic stems from referrals from her YouTube channel. Other well-known YouTube whisperers have also joined her on LiveNinja, including Lauren Ostrowski Fenton, a 48-year-old life coach and mother of four from Australia.

“Quite a few people do ASMR so they feel like they’re not alone, like they have close personal attention from a friend,” Fenton, who just completed her master’s in counseling, says. “That’s what LiveNinja can do, as opposed to YouTube: You’re looking into the person’s eyes, or having a glass of water with them, while actively listening to their problems. It’s not about the illusion of active listening. It’s about virtual friendship.”

For the most part, ASMR-tists on YouTube earn little to no income from their channel views and are often subject to harassment from trolls. LiveNinja provides a professional platform for ASMR-tists like Fenton and Lilium, allowing them to monetize their services in a relatively safe environment.

“On YouTube things can kinda get dehumanized, and there are a lot of people saying things behind closed doors,” Weinraub says. “LiveNinja humanizes interactions between the personality and the fan, or the expert and the client… it cuts out all the BS.”

Because ninjas set their own prices for their services, the cost of booking an appointment varies widely, and in most cases, LiveNinja takes a 20 percent commission for each booking. Lilium, for example, charges $50 for a half-hour session. While many of her subscribers have balked at the cost, she considers the price reasonable, compared to a normal therapist “who does these sort of things to relax people” and “charges 100 times more.”

In many respects, the comparison Lilium draws between herself and a therapist isn’t wholly off the mark. Like a mental health care provider or counselor, Lilium sees many clients who struggle with various physical or mental ailments, such as generalized anxiety disorder, depression, anxiety, or even chronic physical pain. Weinraub, who credits Lilium with helping him unwind from his high-stress job as a startup founder, views ASMR as a form of therapy.

“We do lots of things to relax our minds and put ourselves at ease, like getting a massage,” he says. “This is like a mental massage, made specifically for you, and I definitely think there’s huge value in it.”

Although Lilium says she’s always had a strong interest in psychology, she’s not an accredited mental health care professional. She says that when a client approaches her with a more severe mental disorder, such as a intention to self-harm, “I’ll say, ‘I’m sorry, but I don’t feel I have the ability to help you with this.’” She then directs him or her to a medical professional.

For its part, the medical community at large has yet to fully embrace or even validate ASMR. Until recently, a Wikipedia page for the phenomenon was continuously deleted due to “lack of scientific evidence,” and skeptical members of the scientific community have attributed the salutary effects of “brain tingles” to nothing more than placebo effect.

“Real insomnia is complicated, and treating it is much more difficult than someone whispering sweet nothings in your ear, or saying you’re getting sleepy,” Dr. Ross Levin, a clinical psychologist who specializes in cognitive behavioral sleep therapy, told me when I spoke to him about ASMR a few months ago:

Meditations, guided imagery, lots of other techniques help induce relaxation, but sleep is very conditioned behavior, and no one is going to respond for any lengthy period of time to something like that.

To be fair, LiveNinja doesn’t explicitly present ASMR as a legitimate therapeutic tool, nor does it represent itself as a platform for accredited professionals. Its user guidelines explicitly invite “ninjas” to sign up from a wide range of backgrounds and experience levels. Weinraub says the company goes to great lengths to verify experts before putting them on the marketplace. Users are cautioned before booking sessions with ninjas who aren’t verified.

The site is less concerned with the academic credentials of its users than it is with providing an outlet for people like Lilium, who may have unique or difficult-to-market skills, and matching them with consumers who find their expertise valuable. “LiveNinja is about giving someone a platform to say, ‘Look, this is what I’m good at, these are the hours I have available, this is the rate I’d like to charge,’” Weinraub says. “We try to connect them with clients from all over the world, and we don’t discriminate on whatever that skill is.”

This lack of judgment or discrimination is a welcome change for ASMR-tists like Lilium and Fenton, who regularly encounter the same from the mainstream world. Although the ASMR community is rapidly growing—the official ASMR Facebook page has more than 10,000 likes, thanks in part to mainstream press coverage of the phenomenon—the illicit or unsettling connotations of a pretty girl whispering into a webcam at 2am can still be difficult for an outsider to shake.

Still, Lilium remains hopeful that the work she does will one day gain mainstream acceptance. She sees her LiveNinja interactions with her fans as the next step in the trajectory of the ASMR movement.

“I was on Danish television recently, talking about ASMR, and I was like: This is just the start. This is only the beginning,” she says. “I’m so proud to be leading this evolution of ASMR, and I hope everyone can experience it one day the way we do.” Just make sure you don’t fall off your chair while watching.