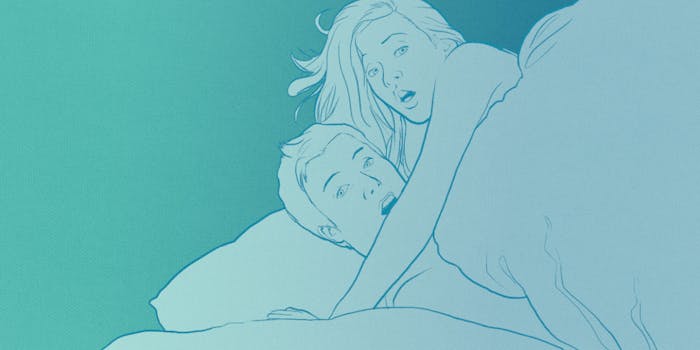 'Ashley Madison went to extreme measures to fraudulently lure in and profit from customers.'

When the cheating website, Ashley Madison, got hacked, in part because the group who did the hacking said the site’s owners were defrauding its users, a number of law firms almost immediately began contacting users who had been exposed so they could begin seeking justice the all-American way: by suing somebody.

Now at least one lawsuit is here, and the guy who’s doing the suing apparently doesn’t mind if the world knows that he was using the site that’s motto was “Life is short. Have an affair.”

According to TMZ, a man named David Poyet has filed a lawsuit against Avid Life Media, the parent company of Ashley Madison. But not because Poyet was exposed or because his data was ultimately left unsecure. No, he’s suing because the site allegedly misrepresented how many women were enrolled on the site, meaning Poyet had a smaller chance to score than he had originally thought.

Poyet, who reportedly is asking for $5 million, said he signed up for Ashley Madison because he was led to believe 30 percent of its users (about 5.5 million overall) were women. Instead, Poyet contends that the hacking revealed that only 15 percent of the users were of the female persuasion. His lawsuit also states, according to TMZ, that Ashley Madison actually might have only counted 12,000 real women on the site.

So, how many women actually were active participants? Gizmodo did an analysis and showed that it was unclear how many real women actually used the site but Ashley Madison deployed more than 70,000 fembots that acted like real women but actually weren’t real or women. Gizmodo also found that 770,000 female users were actually women seeking other women, which likely wouldn’t help a heterosexual man.

Poyet also complained that users were charged every time they communicated with someone on the site since it seems that many men were talking to the fembots and not real women.

More from the complaint, via Courthouse News: “Ashley Madison went to extreme measures to fraudulently lure in and profit from customers… In short, defendants did not only mislead in marketing and promoting the website, they purposefully induced members—like plaintiff and the class—to engage with the fake profiles by sending out the initial communication to members. This directly caused members to incur costs while believing it was an actual person communicating with them.”