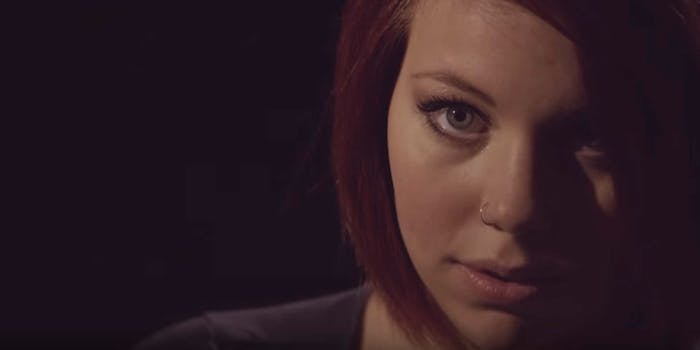 Ashley Madison is the new face of the Atlanta Hawks—well, sort of

No, not the Ashley Madison you're thinking of.

The Atlanta Hawks have launched a new ad campaign featuring three spokespeople—two female, one male—all actually named Ashley Madison. Rather than enabling marital infidelity, however, the Hawks want to lure you away from your old sports team with their seasonal flex plan. (No, not the type of flexibility you’re thinking of.)

“Have you had a little rough patch with your first love?” asks one of the Ashleys. “Maybe they just don’t deliver the excitement you need anymore.” Ms. Madison goes on to promise that, unlike your old team, the Hawks flex plan guarantees “10 nights of pure, unadulterated excitement.”

According to the official statement from the Hawks:

“Fans are encouraged to start a new love affair with the team by customizing their own unique ticket plan to ensure they are at all of the top games during the 2015-16 season and receive the best selection of games, seats and pricing.”

This time last year, the Hawks were in the news due to owner Bruce Levenson’s departure from the tea, after he admitted to sending a racist email two years priror. In April, the team was purchased by a group led by billionaire businessman Antony Ressler. But it seems like, despite the past controversy, the Hawks aren’t striving for a squeaky clean image.

The team’s new ad campaign comes one month after a group of anonymous hackers dumped nearly 10 gigabytes of stolen AshleyMadison.com user data onto the Dark Net. The fallout of the hack is ongoing; it was confirmed last week that the suicide of a New Orleans pastor was due to his shame over being exposed by the hack.

So far, the response to the ads have been mixed, ranging from compliments praising the Hawks “genius marketing” to shock that the team would capitalize on an event as serious as the Ashley Madison hack.

In my 9+ months on Twitter, this Ashley Madison ad by @ATLHawks may be the most brilliant thing I've ever seen. #geniushour

Dear @ATLHawks,
Would you joke about Ferguson or Charleston? Well, people died bc of this too. Suicide isn't funny. https://t.co/5YX43ZuIhk

Hopefully the fate of this ad campaign fares better than that of the original Ashley Madison.