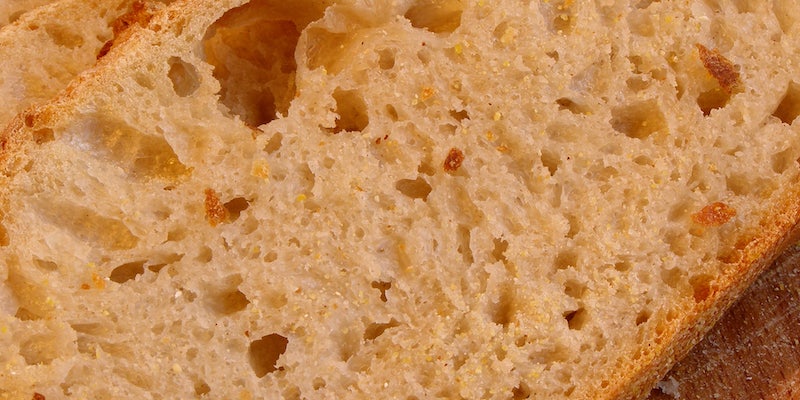 The unexpected rise of artisan bread in the on-demand era

DIY bakers from around the world on trading tips on Instagram.

There’s a photo of a crusty slice of fresh-baked bread, gently pinched between two fingers, angled upwards to face the camera. It’s posted in the comments section of the nearly 16,000-member Artisan Bread Bakers Facebook group, and beneath it there’s a caption:  “Last summer I googled ‘sourdough’ and my world opened up.” Other commenters agree, their affirmations posted between videos that detail spiralling techniques, pictures of yeasty bread starter bubbling in clear mixing bowls, and links to artisan bread blogs.

The term “artisan” with regards to food denotes handmade, non-tech-assisted methods and  high-quality ingredients. Baking artisan bread in particular is incredibly involved; the finished product can take hours, days, or even weeks to execute from the start. It’s a process that may seem increasingly anomalous in a world of fast food and microwave meals, but amidst the buy-local, farm-to-table movement, artisan bread has recently taken on a new life on the Internet. #Artisanbread on Instagram has nearly 43,000 posts, not to mention other popular, searchable hashtags (#justbaked, #breakingbread, and #loafingaround) and hundreds of YouTube videos and blogs dedicated to the topic.

The bakers range in skill level and experience, from home-cooks to professionals. All of them, however, are taking a product and process with a 30,000-year history and plugging it into the digital age, resulting in interesting (and immediate) results for members of the baking community.

For some, like Jocelyn Walters, the benefit of the online baking community has been in finding other like-minded bakers, regardless of location. Walters runs a microbakery out of her home. She founded the closed Facebook group Grain Revival–Whole Grain Bakers in 2015. “When I joined a [Facebook] bread baking group a few years ago, I had already been baking bread regularly for a few years, but I quickly realized upon joining the group that I still had a lot to learn and the prospect of that was truly exciting to me,” she says. “Joining that group really encouraged me to push the boundaries of what I knew and try lots of new things. Limited geographically from really great world-class food, these online groups can provide inspiration when you can’t find it locally.”

Walters says that through social media she was able to broaden her contacts past just other bakers, and now communicates regularly with grain growers and grain scientists. She’s turning her passion and her learning from her Facebook group into a new site she hopes to launch this spring.

“It is a wonderfully supportive bunch—still small, but growing steadily,” Walters says. “I think people are excited to know that bread and wheat can be healthy for you, if you know where to buy it from and how to prepare it.

The online bread community has also helped some bread makers grow their businesses. Baker and new author Sarah Owens was able to build a following for her bookk, Sourdough: Recipes for Rustic Fermented Breads, Sweets, Savories, and More, long before it was even printed. One scroll through her Instagram feed shows why: There are snaps of hearty loaves swaddled in rustic cloth, floury hands and fresh-picked ingredients; it’s enough to make even the most resolute Sara Lee fan want to try their hand in the kitchen. 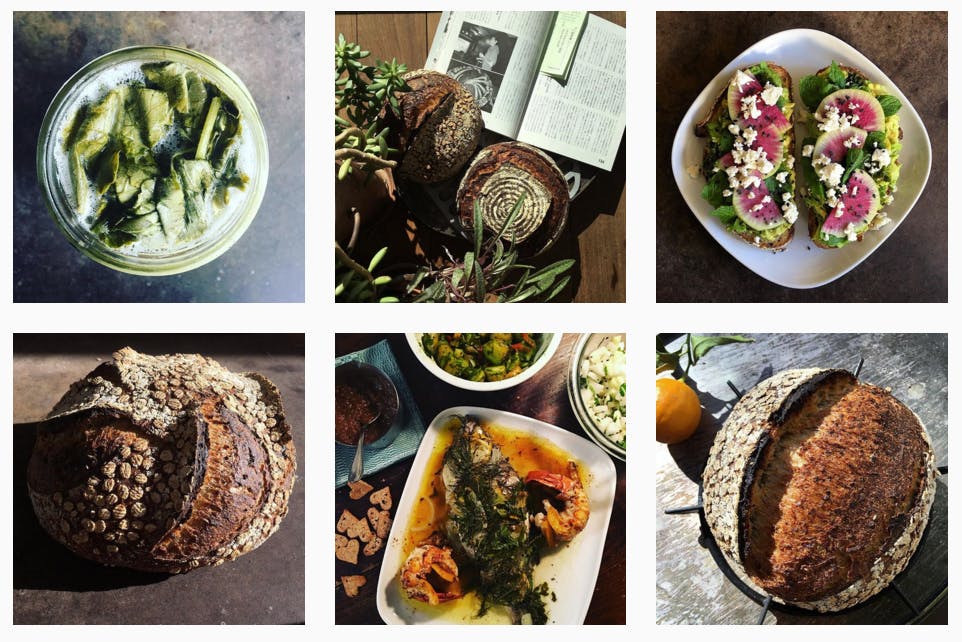 “Sourdough baking in particular tends to attract people who are interested in sharing information to unlock its many mysteries and idiosyncrasies, and I developed a community of followers long before I became an author,” Owens explains. “It has been easy to continue promoting the book this way because it feels so genuine. Followers from all over the world and all different languages seem to really enjoy connecting with each other through the book using the hashtag #sourdoughcookbook to show off their successes, especially on Instagram.”

When Owens started baking with sourdough—a notoriously finicky process as the trademark “sour” flavor is sometimes hard to achieve, as is getting the perfect loaf consistency—she said that Instagram in particular was a fantastic resource. “I absolutely gained a better understanding of handling dough via the community I found there,” she notes, “and over the years as artisanal baking has become more mainstream, I continue to find a lot of inspiration for innovative techniques and flavor combinations.”

The artisan bread community online has also been helpful in carrying the conversation beyond the final beautifully baked loaf to a closer look at quality ingredients, Owens said. There are several online initiatives and outreach arms of nonprofits that focus on this specific issue, such as  the U.K.-based Real Bread Campaign. Started in 2008, the campaign encourages people to create “real bread” that is created without the use of unnecessary additives, such as potassium sorbate or dextrose, both of which typically can be found in grocery store loaves. While the initiative has has real-world results (more than 10,000 children in at least 150 schools learning to make real bread thanks to their work), a large portion of the campaign’s support comes from the Web.

Over the last eight years, more than 2,000 people have become Campaign members online, and of those more than 700 of them subscribe to The Real Baker-e, the Campaign’s online forum in which members ask for and share ideas and information with each other. Their wider network includes more than 18,000 followers on Twitter and 3,200 on Facebook; and in perhaps the site’s most interesting feature, more than 600 independent bakeries are listed on the Real Bread Finder map app.

Owens—who also runs the microbakery BK17, which serves communities in both Brooklyn and Louisville, Kentucky—feels that the emphasis that social media and the wider Internet puts on artisan bread can ultimately lead to a healthier bread basket.

“With social media,” Owens says, “food transparency is much greater, and thankfully it can help us all to make more informed decisions about where our food comes from and how it’s prepared.”