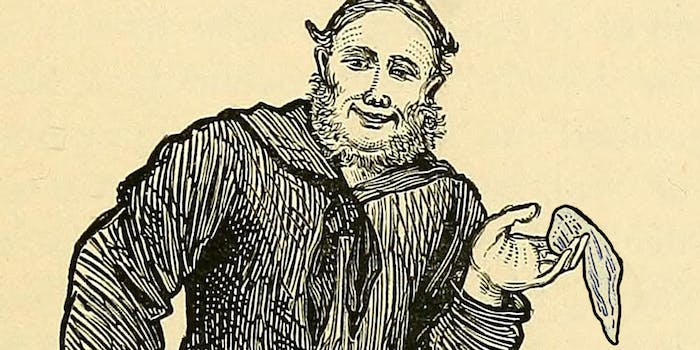 When you want to wipe your ass like a man.

Let’s talk about benevolent sexism. This is not the misogyny of “get back in the kitchen” men or “grab her by the pussy” presidents, but the trickled-down version that is made all the more acceptable by the more violent kind. Benevolent sexism is not intentional. It does not know it is sexism. It thinks it’s funny and is perpetrated by nice men, and figures that if you just loosened up a little, you’d feel the same way. And sometimes it’s easy to excuse benevolent misogyny because it really is those things.

This is the philosophy behind Dude Wipes. 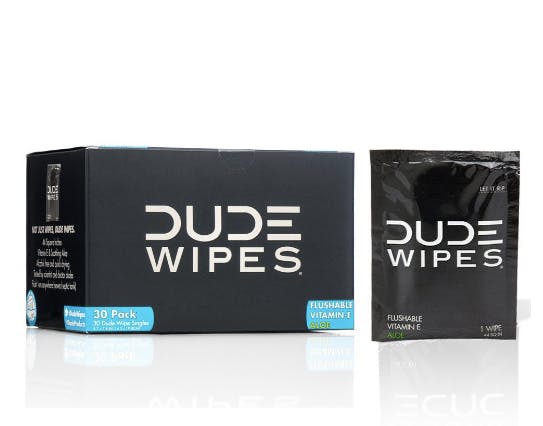 Dude Wipes, butt wipes designed specifically for men, have been around and getting press for a while, because a product like that gets attention. It’s funny and made by nice men and the idea is definitely not the worst in the world. “[Using wipes] has never been a popular trend in the U.S., especially not with men,” Ryan Meegan, co-founder of Dude Wipes, told the Daily Dot over email. So he and his friends developed a product with men in mind—one that’s 25 percent larger than baby wipes, biodegradable, fragrance-free, and sold in bold black packaging.

According to Meegan, creating Dude Wipes is about bringing awareness to the benefits of using wipes instead of toilet paper to a new audience, which includes getting a more thorough clean (although science and nature are still out on whether the pros outweigh the cons of backing up sewers and polluting the ocean). “So the combination of our authentic DUDEbrand, along with a larger quality wipe, has sold them on using our products. No one has ever brought a fun lifestyle brand approach and marketed wipes like we have, and that is the difference,” said Meegan.

Creating a product for men is all good and fine, and Dude Wipes appear to be doing well, expanding into other Dude products and donating proceeds to charities like the Colon Club. But Meegan’s description of why they went with “Dude Wipes,” the name and brand, illuminates that sort of benevolent misogyny that barely registers otherwise.

Meegan said he and his team were inspired to create Dude Wipes when “after some research on the market we found no wipes for men, only generic neutral brands or brands for women,” and that aside from creating awareness about wipes, they wanted to create a product for men who “were not comfortable admitting to using baby wipes or women’s brands before.”

“If guys were using wipes before, it was baby wipes or their girlfriend’s or wife’s wipes, where they were embarrassed to talk about it,” said Meegan, the implication being that using wipes that had been marketed toward women would be embarrassing. Summer’s Eve, a company that makes wipes and other products for women, had an ad addressing just that.

Acknowledging that men are embarrassed to use women’s products and creating an alternative is not a bad business idea (and in fact, it’s one a lot of other companies have capitalized on). But it is a symptom of benevolent sexism—not just accepting, but profiting off the idea that a man doing something a woman would do is inherently hilarious, weird, or unacceptable. And that, to make it acceptable, it must be changed to appeal to the most masculine of men.

Dude Wipes and the guys behind them are nice and funny, and they make a good product and give money to charity. The people who use Dude Wipes probably don’t hate women (they’d just be embarrassed to do womanly things and use womanly products). But while that embarrassment might, at best, come from a “hey, it’s just not my style” mentality, it’s also rooted in a deep cultural assumption that for a man to act like a woman, he would have to give up the most valuable thing he has—his manhood.

Would Dude Wipes exist if there were only gender-neutral options on the market? If we lived in a society where using femme-designed products wasn’t an embarrassing betrayal of masculinity? If our identities weren’t so tied up in our consumerism? I’m not sure. And we may never find out.