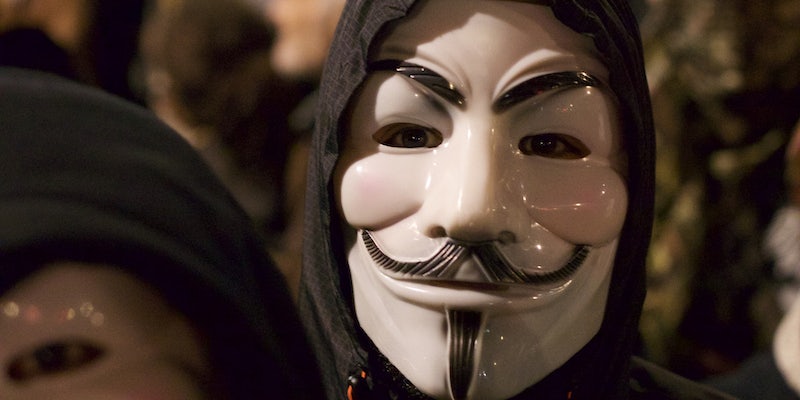 That's one way to fight back against police brutality.

One week after video emerged of 10 San Bernardino, Calif., police officers beating an identity-theft suspect who fell off a horse after a three hour chase, a hacker said to be affiliated with the activist collective Anonymous is claiming responsibility for hacking the local sheriff’s website.

The website now prominently features video of the beating as well as other old, grotesque joke images that make fun of law enforcement.

Warning: The hacked page also features “goatse,” a classic shock image that transcends description except to say that it’s definitely not safe for work. 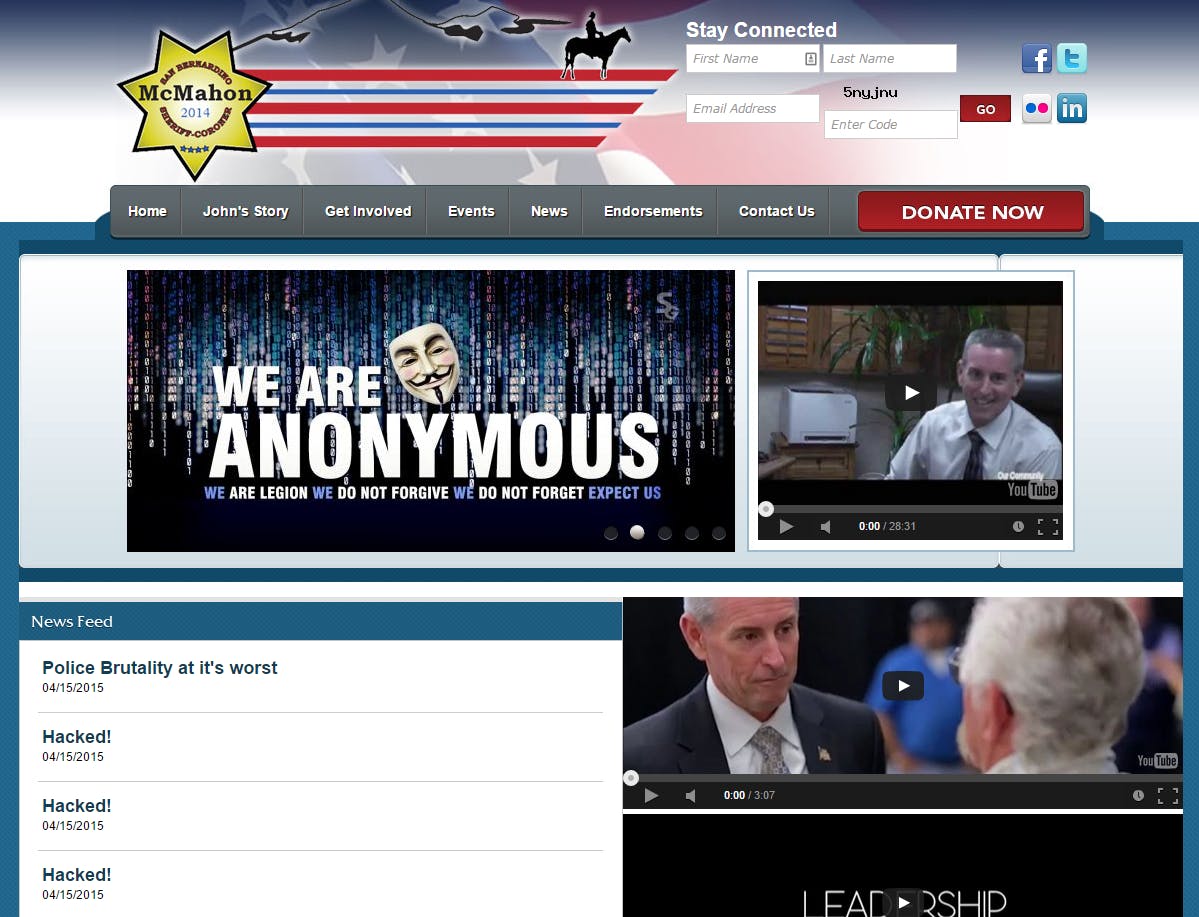 Anonymous-affiliated hackers have long been vocal in their opposition of what many of them see as systemic police brutality.

During protests in Ferguson, Mo. last year, Anonymous’s #OpFerguson campaign gained major attention but mixed results, including the outting the wrong man as the shooter of Michael Brown. The group’s outting of KKK members, however, was met with a much more positive public reaction.

The video of the San Bernardino incident, captured by the local NBC television helicopter, can be viewed below.

Ten deputies were placed on leave following the video’s release.

Francis Jared Pusok, the man on the ground being beaten, kicked, and tasered, told NBC News he thought he was going to die. He suffered wounds on the head, face, back, legs, neck, and ribs, despite already having surrendered and being handcuffed.

Pusok, whose criminal record includes attempted robbery and animal cruelty, has not been charged with any crimes relating to this arrest, the Press Enterprise reported.