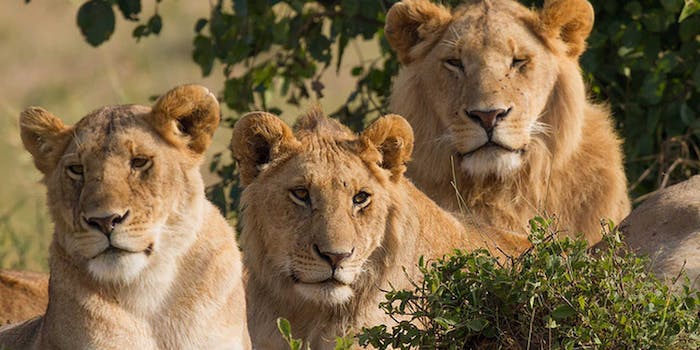 After Cecil the Lion’s death, 13 airlines ban the shipment of trophy animals

Cecil the Lion may have left this world, but his fighting spirt lives on.

In response to the 13-year-old lion’s untimely death, the public has successfully pressured a growing list of major airlines to stop the transport of trophy animals killed abroad.

With this move, American joined Delta and United in stopping the shipment of trophy animals. A statement issued by Delta earlier on Monday said the following:

Effective immediately, Delta will officially ban shipment of all lion, leopard, elephant, rhinoceros, and buffalo trophies worldwide as freight.  Prior to this ban, Delta’s strict acceptance policy called for absolute compliance with all government regulations regarding protected species. Delta will also review acceptance policies of other hunting trophies with appropriate government agencies and other organizations supporting legal shipments.

Cecil’s death rocked animal lovers to their cores. Even Jimmy Kimmel got emotional about it.

So, are the airlines only banning the shipment of trophy animals to make themselves look good? Maybe! Henry Harteveldt, a travel industry consultant, told USA Today. “I don’t think there was much of this shipment taking place, so there is minimal revenue loss and big PR gain for them,” he said