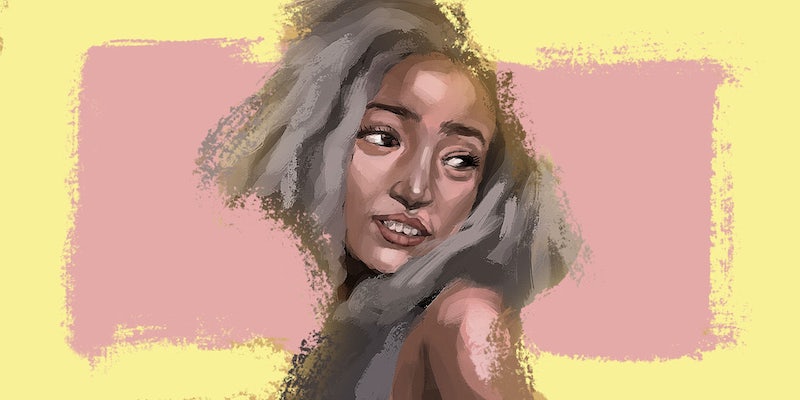 'The Hunger Games' star isn't ready to back down.

Few teenage stars are as outspoken on social media as Amandla Stenberg, but then few have ever been put in her position.

When she was just 13, Stenberg’s casting as Rue in The Hunger Games spurred a racist backlash that inadvertently made her an important, high-profile voice for change. Since then she’s been using her platforms on Instagram, Tumblr, and Twitter to teach her followers about cultural appropriation and other issues of social justice.

The result of all this activism has been a mixed bag. Stenberg’s blunt talk about the importance of diversifying Hollywood has spurred the appearance of unexpected detractors, like Andy Cohen, who awkwardly apologized to her earlier this year after calling her a “jackhole” over her criticism of Jenner. Ironically, Time, which called Stenberg “not that prominent” during the incident itself, about-faced so quickly it dubbed her one of the most “influential” voices of the millennial generation just months later. For whatever it’s worth, no one can doubt her fashion game is on point.

This year, she’s doing her part in the push to diversify comics, co-authoring a series featuring a new teen superhero—one not unlike herself.

“We often hear about the hero’s journey,” she stated on the book’s release in November, “but that hero is rarely a girl and certainly not one of color. I want girls to know that they can be at the center of a big story—their own lives—and they don’t have to be marginalized.”

Stenberg hasn’t contented herself with working her way to the front of the stage; now that she’s there, she’s making room for others to join her—and encouraging the rest of us to follow her lead.