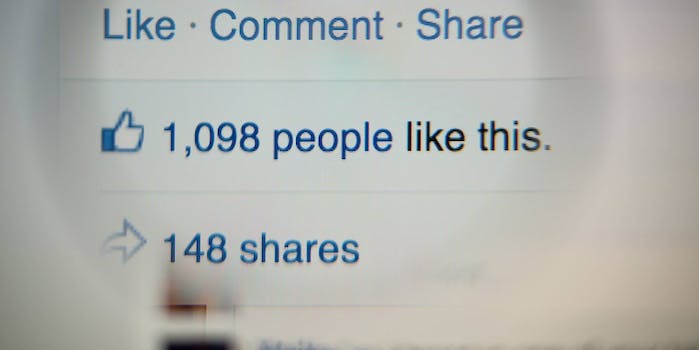 Midland City, Alabama is a small town boasting less than 2,500 residents. It’s about to get a new mayor, JoAnn Bennett Grimsley, set to be the first African-American to preside over the town. If Facebook is to be believed, outgoing mayor Patsy Capshaw Skipper is none too happy—and neither are some citizens.

The above exchange reportedly took place on Tuesday night just as votes were being counted. A friend of Skipper’s can be seen asking about its outcome, to which Skipper responds, “I lost. The n— won.” The post was set to “friends only” and it’s unclear who shared the screenshot. Since being picked up, it’s made headlines around the country.

According to Skipper, however, the racial slur and outrage behind it wasn’t her but rather someone who had commandeered her account nearly a month ago. “My Facebook has been messed up for several weeks and I haven’t been using it. I think I’ve been hacked,” Skipper told the Dothan Eagle, adding that the social media platform has been “the least of my worries.”

Her claim may have merit. As of Friday evening, her profile had been taken down. Whether it was Skipper who made it unavailable or Facebook support is unclear. And Skipper’s claim still doesn’t negate the fact that, rather than calling attention to the racist slur, her friend simply issued condolences.

Skipper was mayor of Midland City starting in February. She served in an interim position after her husband stepped down citing health issues. Grimsley, the incoming mayor, is set to take office next year. Oddly, Skipper’s husband had fired Grimsley, who had previously served the city for over two and a half decades, holding positions like city clerk, water clerk, and court magistrate.

“I hope she does a great job for the city and I am very happy for her,” Skipper told the Dothan Eagle when asked about Grimsley winning the election.