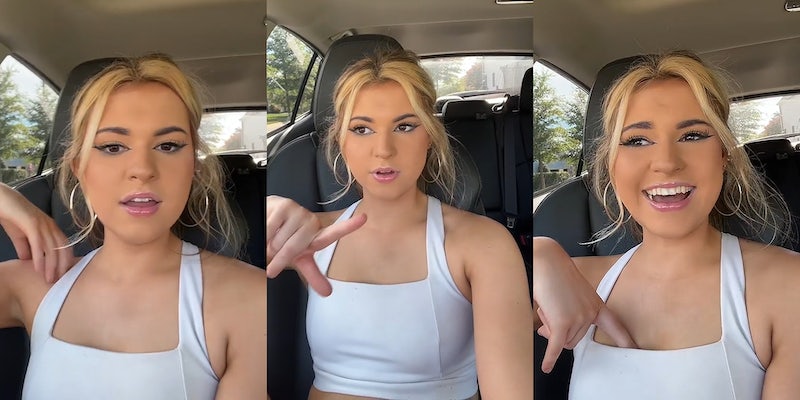 ‘I don’t think I’ve ever had a job interview go that poorly’: Woman says she was rejected from a job at a gym because of her age

A woman on TikTok says she had the poorest job interview of her life at a gym where the hiring manager turned her down because of her age.

TikToker Keilani (@user3728289292883) recently shared a video explaining the job interview. As of Saturday, the video garnered about 62,000 views on TikTok.

In the video, she says “the vibes were bad” from the beginning of the interview. During the interview, the hiring manager asked Keilani why she wanted a job at the gym. She told him she wanted it because she weight-lifts six days a week and the job aligned with what she likes to do.

“And he like looks me up and down like ‘hmm, OK’ — like he clearly does not believe that I work out,” Keilani says in the video.

She shared a photo of herself at the gym, saying she looks “pretty lean,” but indicates that the man judged her too harshly.

The hiring manager also allegedly asked how old Keilani is, and she says she told him she’s 18 years old, which she also put on the job application. He told her he was only looking for candidates 21 years or older because 18-year-olds are “such a hassle.”

Keilani says the job application said candidates had to be 18+, but the job had to do with serving, and the laws in her state are “weird.” In the comments section, she clarified that the place was XCAL, a gym/shooting range in Ashburn, Virginia, that also had a bar and restaurant in it.

“He said, ’18-year-olds are just such a hassle and we just don’t wanna deal with that,'” Keilani says in the clip.

“I don’t want to work here if it’s such a hassle, but why the fuck did you have me come in if you’re only looking for 21-plus?” Keilani continues. “He probably just made that up because he didn’t like me, but he could have just said that. He didn’t have to insult me.”

Several viewers pointed out that the hiring manager likely did not have any legal grounds to ask the candidate her age during a job interview.

“it’s illegal to ask for someone’s age during an interview,” one viewer commented.

“Definitely illegal to ask someone’s age when hiring I’ve hired over 100 people. The only thing you could ask is if they are at least 18 years of age,” a second viewer commented.

A third said, “That would be considered age discrimination.”

“Age discrimination you can sue them,” another wrote.

Some viewers suggested that the gym wanted to hire people older than 18 because they’re more “mature.”

“21+ means they just want people that are mature. Don’t take that part personally <3,” one user advised.

Another user wrote, “no most places only hire 21+ bc they’re more mature and its a legal issue but i get ur point.”

The Daily Dot reached out to the creator via TikTok comment for this story.