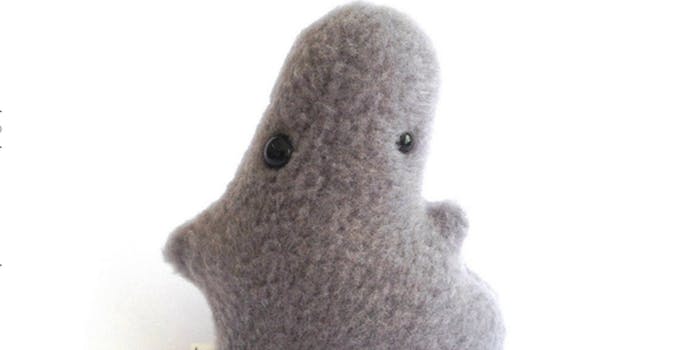 Meet Worry, a Kickstarter success story who wants to help you calm down

'Fluffy and soft, squishy for comfort and lavender scented to calm.'

Like many college students, Penny Taylor felt anxious about her studies. While some kids soothe their nerves with drinking, pills, or the opposite sex, Taylor relied on an activity that felt more organic: crafting.

“I have always created odd little creatures out of a variety of materials since I was a small child,” the UK-based artist told the Daily Dot in an email. She also relied on soothing scents to help: “I worried a lot and felt under pressure to achieve, so I would use lavender to calm my nerves.” (Lavender has been used as an herbal remedy as far back as Ancient Greece, and remains one of the most widely used aromatherapy oils.)

Combining her two methods of self-soothing, Taylor created Worry, “a little grey plush creature who stared at me with wonky eyes and seemed to want to carry my burdens for me.” Like a stress ball but cuter, Worry “the aromatherapy companion” is a 3-inch tall soft creature scented with lavender who is just asking to be squeezed during tense moments.

Taylor started making Worrys for family and friends at their request. Soon she had so much interest that she started a Kickstarter to meet the demand. Working full-time means she has only been able to make “small batches” of the doll. The original Kickstarter goal sought to create 100 Worrys, as well as establish a prototype so the doll could be manufactured on a larger scale. Sure enough, the Kickstarter reached its initial target of 100 backers in just three days, having only launched on Jan. 19. Taylor has now extended the campaign’s fundraising target and the deadline to Feb. 18. The dolls are also for sale on her Taylored Curiosities website for 10 pounds (about $14) each. 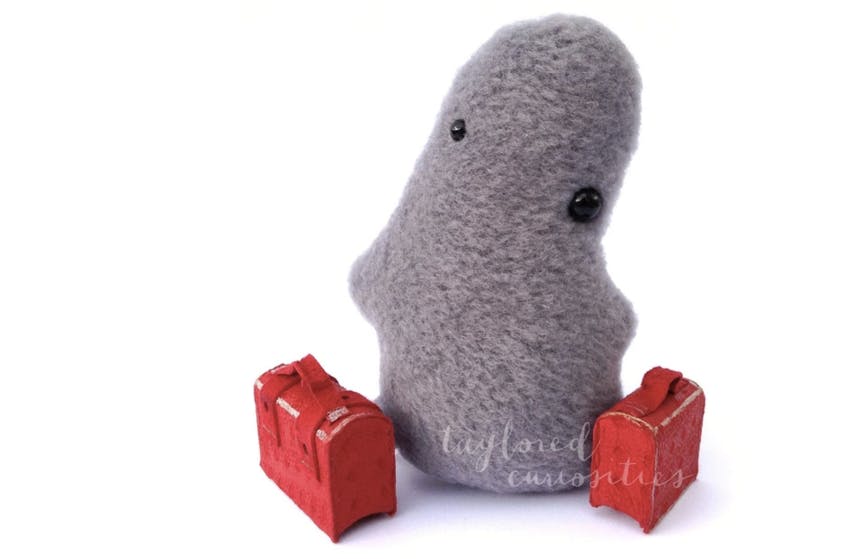 Worry is ready to travel.

With stress becoming an increasing inevitability in modern life, the appeal of Worry is understandable. The National Institute for Mental Health estimates that 18 percent of the U.S. population suffers from some type of anxiety disorder. Smoking, oversleeping or overeating are all common ways to cope with stress, so to that end, stress toys like Worry seem positively innocent.

Yet they appear to work: Studies have shown that playing with stress toys reduces anxiety in surgery patients and improves concentration in schoolchildren. A lot of stress toys, also called fidget toys, are targeted towards children who have difficulty focusing in the classroom. Still, plenty are meant for the office desks of adults. A Tumblr called Fidget Widget, where people submit pictures of the various items they play with during their workday, shows that quite a lot of us benefit from having some kind of doohickey on hand to calm us. A Slinky, a Pillsbury Doughboy, and dried orange peels are just a few items that get people through the day. As the Tumblr’s creators, Mike Karlesky of NYU and Dr. Katharine Isbister write, “Think of a Fidget Widget as an indirect productivity tool aiming to subtly enhance your creativity, or give you focus, or decrease stress just when you need it.”

“Worry is an extension of this; fluffy and soft, squishy for comfort and lavender scented to calm,” she said. “There’s nothing quite like a squish and a sniff of a Worry companion when you are really feeling the daily struggle.” In her latest update, Taylor writes that she is hoping to have the first 50 Worrys complete by the time the campaign ends. Hopefully, she does not stress too much about meeting the deadline.