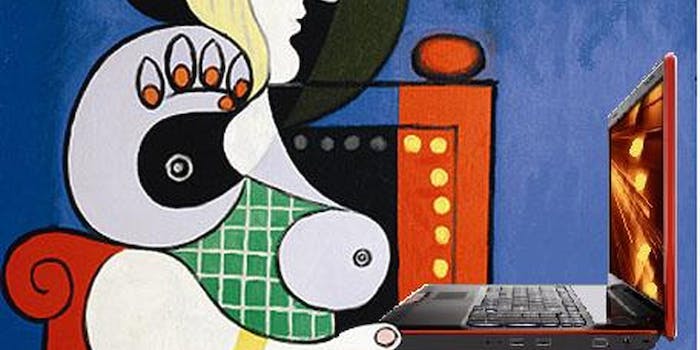 Behind Adult Fan Fiction, a labor of love and literature

Apollo, the owner and longtime moderator of AdultFanFiction.net, discusses the site's history, hardships, and Hall of Shame.

Apollo, the owner and head moderator of the longstanding literary archive, has very little time for reading these days. “I’m a very bad owner,” she told the Daily Dot. “If I read more than a handful on the site a month for reasons other than Terms of Service issues, I’m reading a lot.”

AFF which turned 10 years old this month, is one of the largest fanfiction collections on the Internet. Over 140,000 registered users have generated nearly nine gigabytes of fan-generated stories, written by and for adults, and much of it X-rated.

Through word-of-mouth advertising, the site has managed to steer itself towards self-sustaining revenue. That’s a testament to the loyalty fans feel for the archive—hosting fees currently run about $600 a month—as well as Apollo’s own ability to salvage the mess she inherited from previous moderators.

The original owner, a fan named Ayla, created the site in its current incarnation in 2002, when behemoth FanFiction.net embarked on the first of its notorious content purges. In 2005, Ayla went to work on a fishing boat and was never heard from again, and the site fell into disorder. After heeding a plea to take charge, Apollo found chaos, with members staging coups and the the site struggling to pay its bills. Apollo took sole ownership, ousted the wayward mod, and paid off the site’s $1500 bill.

“And we’ve been wandering along quite happily ever since!” she told the Dot. “Hey, life is never boring here at AFF.”

Like all enormous archives, AFF has a reputation for somewhat dubious quality. Its main rival FanFiction.net (FF.net)is often referred to by fans as the Site That Must Not Be Named, due to its arbitrary content restrictions and the difficulty of finding well-written fiction in its massive bowels. AFF carries the disclaimer at the bottom of each page that it is “not in any way associated with or related to FanFiction.Net,” a common misconception. Both sites are prone to producing unformatted fics with giant walls of text and wince-inducing writing.

But both sites have a steady userbase of voracious readers and a longstanding durability that has gained them loyal fans. At the late-night panel on fanfiction at Dragon*Con earlier this month, Apollo was cheered like a queen greeting her subjects when she was introduced to the crowd. She was spontaneously asked to join the panel, which she did, despite confessing herself to have little time for fic reading.

An Internet sales manager by day, Apollo works late; our interview took place around 10pm, after she’s through attending classes for business administration. She described herself as “a proud mother to two EFO’s [evil feline overlords],” but it’s obvious that she’s also the den mother to the AFF userbase. She can frequently be found interacting with other members of the site at all hours of the evening; the AFF forum’s chat client lists her as its most active member. She chatted with the Dot easily as well, sharing with us the site’s history and hardships.

Daily Dot: Can you talk a bit about how you fell into fandom?

I was absolutely underage! I was wandering the Web looking for some slash to read. I read an author called Nekojita, wonderful author, I don’t think she’s writing anymore, though. Through her, I fell in love with the Weiß Kreuz boys and started reading more in that fandom. It was through her works that I started reading FF.net and then got over to AFF to read more Weiß Kreuz  fiction. From there I found the Originals section, which became a new favorite home.

DD: Any recs from the Originals section?

DD: Do you read much fanfic outside of Weiß Kreuz fandom?

Nah, I do read in other fandoms from time to time, but I generally prefer original fiction. It’s well-known that I rarely read onsite. It’s part of the reason I got the gig [as owner] in the first place.

DD: How did you get the gig?

Ayla was running it by herself and it grew a whole lot faster than she expected. She fell on some rough times and managing it wasn’t as easy as she hoped, so she asked for assistance back in the days of Yahoo Groups. I volunteered along with others and became head moderator at the time. Managing people has always been a strong suit.

DD: How has the site changed since you started?

Our archival categories have split into subdomains. We’ve added forums, and currently we are working on a complete code rewrite. We are originally based in Storyline archival software, but the company went defunct in 2005 and our code was MacGyvered to hell and back. So Manta, our current programmer, offered a complete redesign and custom code written from the ground up.

DD: How many volunteers does it take to run the site?

Take a wild guess. We average over 500,000 unique visitors a month, viewing over 100 million pages a month, and we actively moderate/review all new entries on a weekly basis. How many people do you think it would take?

I wish! I have my head admin, my programmer, and a forum admin. I have four full-time archive mods that complete the sweep weekly with three additional that help when they can, and then a handful of clean-up staff that are helping us do age checks on our flood from FF.Net.

DD: Have you had a lot of FF.net refugees? [Note: In the spring and summer, FanFiction.net did another enormous purge of content from its site, causing a huge influx of new account creation at the Archive of Our Own and AdultFanFiction.net.]

We had 10,000 alone in June, and we check each new registration. Having such a small staff makes it a bit harder and it takes a lot of time and effort on everyone’s part, but I actually prefer it because everyone knows everyone and makes it more like a dys-fun-ctional family.

DD: What are AFF’s main strengths and shortcomings as an archive, compared to other pan-fandom archives?

We moderate and we moderate fairly. It’s our biggest strength. Our terms of service is very easy to understand. We respond to all messages within 24 to 48 hours, and my staff is always reachable. I’m also probably one of the most visible owners. I’m always in our chat box and love talking with members. We also take a very harsh stance on plagiarism, which is rare in a large
fanfic archive. You should check out our Hall of Shame; it’s fun!

Weaknesses: Our code and features are seriously out of date. To some extent, that’s a common complaint, but we are very far behind FF.net, as people love to compare us!

DD: You mentioned on your site news that you’d been contacted by several major media outlets in recent months. Has that been due to the sudden intensifying of media attention towards fandom over Fifty Shades of Grey, which originally started out as a Twilight fanfic?

Most likely, yes. Personally, I also think that caused the most recent FF.net purge but can’t prove it. Fifty Shades was originally posted on FF.net  [in its original fanfic form as Master of the Universe]  and totally violates their terms of service. The enhanced media attention turned people towards FF.net, and they got caught with pants down, in my opinion. They are more of a reactive than proactive archive.

DD: Do you think public attitudes towards fanfic are changing?

Yes and no. I think it’s gaining more acceptance because of Fifty Shades, but also more derision because of the quality of that work. There are so many better writers out there than her.

DD: How do your archive members feel about all the attention being given to fandom?

If the huge volume of response I got when I asked if anyone on our website was willing to be interviewed is any indicator, it’s nice to step away from being the red-headed stepchild of fiction.

DD: How would you describe your userbase?

We have a wonderful community. We had an outage on our 10th birthday earlier this month due to our domain failing to renew, and the site was down for about 24 hours. We got such a positive response it was amazing. I was expecting rants and complaints, and all we got was support and praise.

DD: What are you looking forward to in the next 10 years?

Getting the site incorporated, being able to make money and pay staff properly, and moving past the stigma of being “adult” fanfiction and focus more on being a community of fiction for adults by adults. Incorporation hopefully will be next year. Paying people may be a pipe dream with our current advertising model, but I wouldn’t change from it at all! We’ll explore other ways to make money and hopefully some will work! Dream bigger, right?