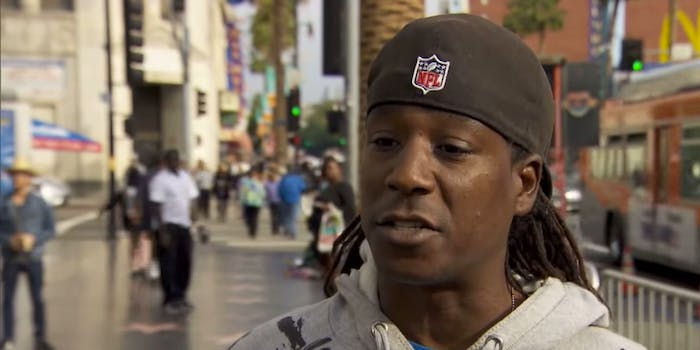 They were originally told they would be acting in a college comedy skit video.

Two of the actors featured in the video of a woman acting drunk in public are outraged about how they were portrayed in the video.

Mike Koshak, who played one of the men who tried to take the drunk girl home, wrote a post last week saying that he was only acting (the video was exposed as a fake). Inside Edition talked to other men who told a similar story. They were approached by the video’s producers to act in a college comedy skit and were told that there would be a disclaimer saying that the video was fake. They weren’t told that the “skit” would end up being a hidden camera video.

One of them has received dirty looks from people who recognized him from the video, and the other is warning aspiring actors not to appear in any productions without assurances about how their performance will be used. Both of the men said that they would never have agreed to be in the video if they had known its true nature beforehand.