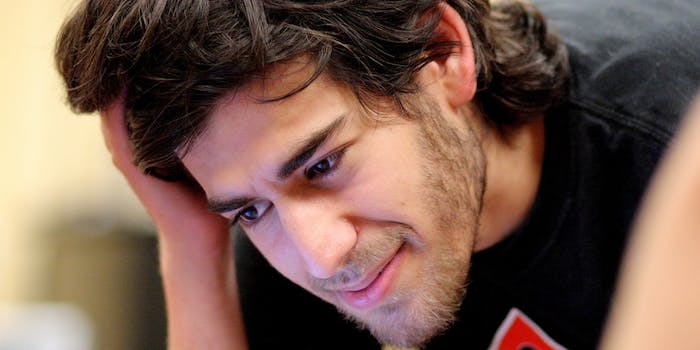 Aaron Swartz, an early Reddit employee, is now being charged with criminal violations of a website's terms of service.

Aaron Swartz, the former Reddit programmer (and wannabe cofounder) who was arrested last year on multiple counts of fraud after allegedly hacking into the MIT network and scraping it for millions of academic journals, has been hit with a slew of new felony charges—based largely on violating a website’s terms of service.

Swartz, an early Reddit employee, left the social news site in 2007 and later formed Demand Progress, a left-leaning political action group. He was serving as a fellow at Harvard’s Center for Ethics in 2010 when he allegedly snuck an Acer laptop into an MIT hardware closet and for six months used a specially-designed program to scrape JSTOR, a not-for-profit digital archive of academic journals.

Swartz’s program was so powerful it nearly brought down JSTOR’s servers on multiple occasions, according to the indictment. He allegedly planned to distribute the files for free over peer-to-peer download networks.

In July, 2011, Swartz was arrested and charged with computer fraud, wire fraud, obtaining information from a protected computer, and criminal forfeiture. The latest indictment, handed down on Sept. 13, includes 9 new felony charges, bumping the total up to 13.

Interestingly, as Wired’s David Kravetz reported, some of these new charges are based on multiple breaches of the JSTOR terms of service.

The case tests the reach of the Computer Fraud and Abuse Act, which was passed in 1984 to enhance the government’s ability to prosecute hackers who accessed computers to steal information or to disrupt or destroy computer functionality.

The government, however, has interpreted the anti-hacking provisions to include activities such as violating a website’s terms of service or a company’s computer usage policy, a position a federal appeals court in April said means “millions of unsuspecting individuals would find that they are engaging in criminal conduct.”

That court, the 9th U.S. Circuit Court of Appeals, suggested that TOS violations were better left to civil and not criminal cases. But the rulings from the 9th Circuit do not extend to Massachusetts, where Swartz was charged.

If convicted, Swartz could face dozens of years in prison and a $1 million fine.

Update: An earlier version of this story stated: “But the rulings from the 9th Circuit do not extend to Massachusetts, where Swartz was charged. Massachusetts, where Swartz was charged and where, apparently, breaking a company’s TOS is now a federal crime.” As Reddit user iamthepaddles pointed out, the final clause of that sentence is incorrect. The story has been updated to reflect this.