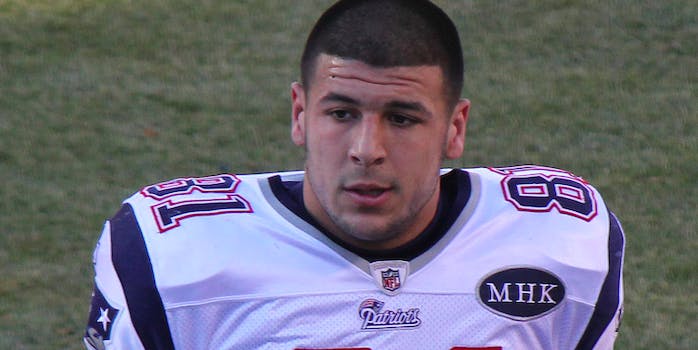 Hernandez was serving a life sentence for the June 2013 murder of Odin Lloyd.

Former New England Patriots tight end Aaron Hernandez, who was convicted of murder and was serving a life sentence without the possibility of parole, has killed himself in his prison cell, the Washington Post reports. He was 27.

Officials from the Massachusetts Department of Corrections say that officers at the Souza Baranowski Correctional Center in Shirley, Mass. found Hernandez in his cell around 3:05 am. They attempted to resuscitate him before taking him to UMass Memorial Health Alliance Hospital in Leominster, where he was pronounced dead.

Hernandez was serving a life sentence for the June 2013 murder of his acquaintance Odin Lloyd.

Hernandez was just acquitted this week on another murder charge, for the double murder of Daniel de Abreu and Safiro Furtado in 2012, but was convicted of a gun possession charge.