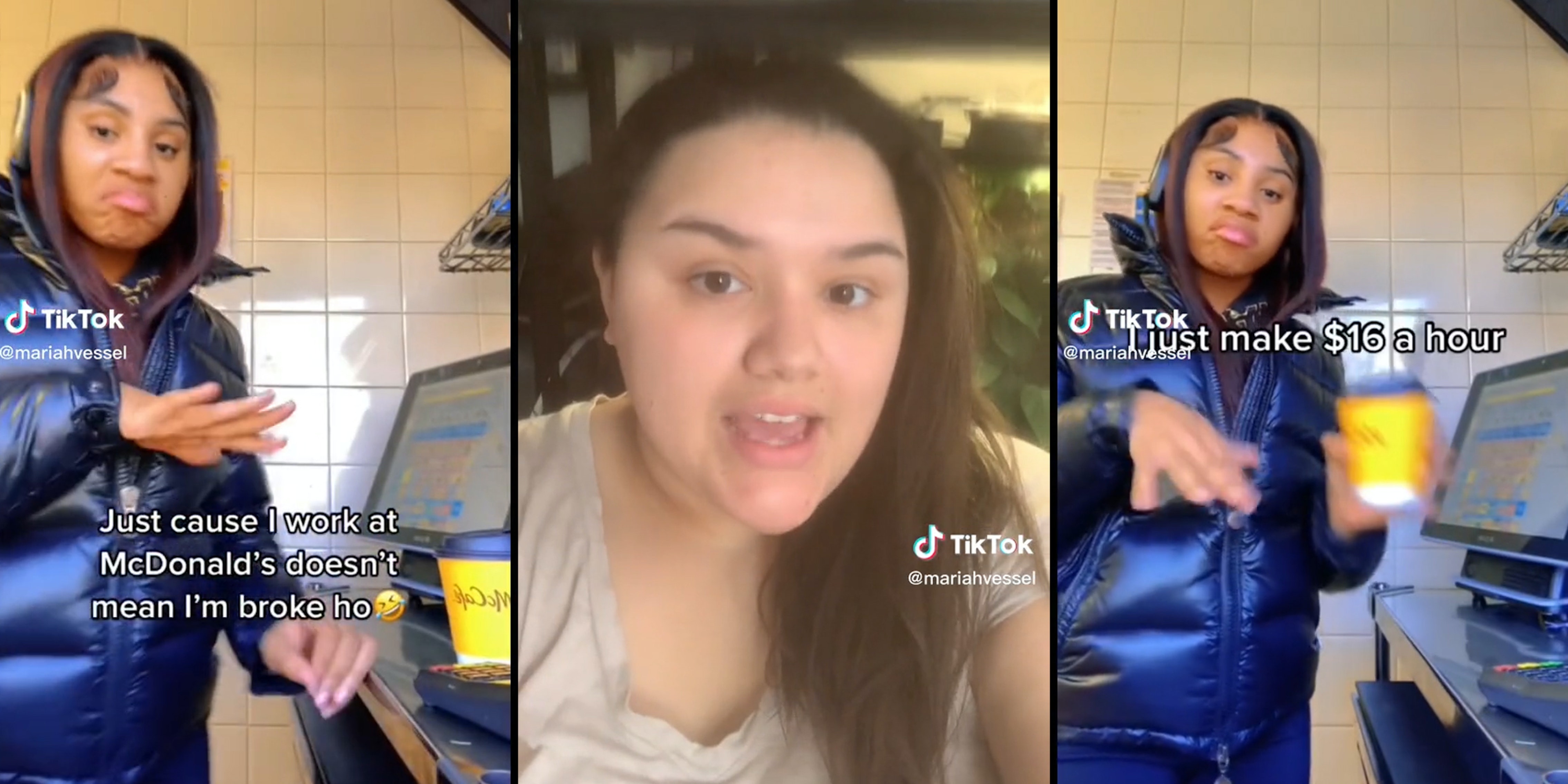 A woman on TikTok went viral for sharing the surprising difference in hourly wage between her old jobs at Dairy Queen and Wells Fargo.

“Just cause I work at McDonald’s doesn’t mean I’m broke ho,” @tinyb274 said in her video. She added that she makes $16 per hour at McDonald’s.

“Let’s not shame people who work in fast food!” she added in the caption.

In the comments section, many viewers couldn’t believe Yaya’s claim and questioned how she earned so much.

Other viewers said people “sleep” on how much money fast-food workers can make.

“Dairy Queen managers made money. People was SLEEP fr,” one viewer commented. In response, Yaya wrote, “I know some fast food managers that clear over 100k a year.”

“One of these days people will stop sleeping on food service jobs. Especially management positions,” a second viewer commented.

One viewer confirmed that fast-food jobs pay well, but the pay could not entice them to return to the industry.

“Fast food does pay more but will i ever work in fast food again? absolutely not,” they wrote.

However, several viewers said that for $32 per hour—plus ice cream—working at a fast-food restaurant would be worth it.

“I would be happy as ever the money and ice cream I would be living a dream,” one user wrote.

“$32 an hour AND ice cream. I’m retiring from there lol,” a second agreed.

The Daily Dot reached out to Yaya via TikTok comment and to Dairy Queen and Wells Fargo via email.