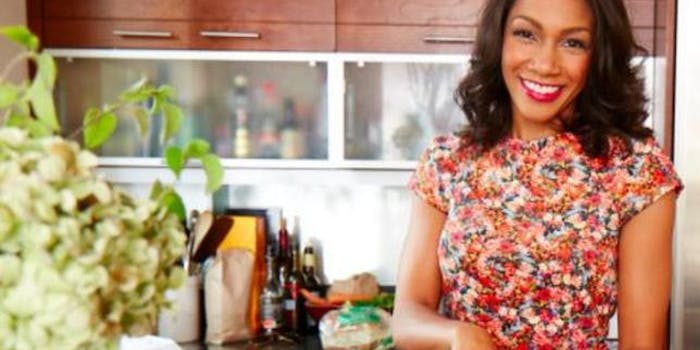 Random House will publish the book in 2015.

In terms of self-fulfilling Internet prophecies, this is a pretty good one: Stephanie Smith, the New York Post Page Six writer who infuriated the Internet with her 300 Sandwiches project, has finally gotten a book deal.

After it was revealed that Smith was behind the 300 Sandwiches blog, and that the purpose of her sandwich-making was to land an engagement ring from her boyfriend, Eric, many people said she was looking for a book deal or reality show. Of course, people expressed their disgust in other ways, too.

Two months later, Random House took the bait, and offered Smith a book deal on their new imprint label, Zinc Ink, which sounds kind of new age-y and—oh, wait, it actually focuses on “physical, emotional and spiritual health, as well as fitness, nutrition and personal success.” And it’s coming out around Valentine’s Day 2015. How quaint.

The aren’t any details on what the book will be about, but hopefully it will focus on her sandwich recipes, which actually look pretty good. In a response column to her Internet haters a couple months ago, Smith denied the she was edging for fame:

This project is not about me promoting myself as some gourmet chef, nor a desperate plot to win Eric’s love—or a movie deal or Internet fame. It’s an idea that made us laugh and made for a good, lighthearted blog with some drool-inducing sandwich photos.

Sure, this could be true. Did all of our virtual rage make this book deal a reality? If no one wrote huffy blog posts about it, would she be with Random House right now? Should Random House should just merge with the New York Post so hate reads can funnel directly into their nonfiction sausage grinder?

No word yet on whether she will finish making all 300 sandwiches. She’s currently hovering around 200, but the completion of the remainder should coincide nicely with her book launch. And, possibly, an engagement ring. Keep that in mind, aspiring authors who’ve spent years trying to land a book deal. All you need now is a gimmick and a quirky love story to ca-ching your way into relevance.

To be fair, Smith admits this idea was a joke between her and her boyfriend; she was just savvy enough to find a hook for it. Well, and she had help from her employer, which first brought attention to the story.

On the 300 Sandwiches Facebook page, fans are already lining up to show their support. Turning a blog into a book deal isn’t anything new, but will people still care in February 2015?