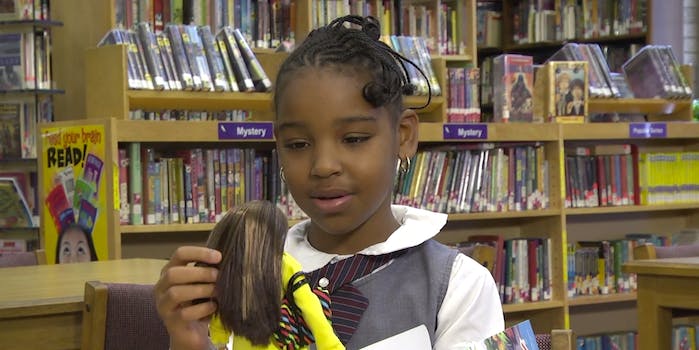 The doll looks familiar to many of them.

Nickolay Lamm may have created a more realistic doll, but how does his target audience feel about it?

The Lammily doll is essentially how Barbie would look as an average 19-year-old, based on CDC health data. When Lamm put the project on Kickstarter, he asked for $95,000; he ended up raising $501,000. Now, he has added a package of removable stickers that allow you to give the doll acne, freckles, moles, scars, cellulite, and stretch marks.

To test his dolls, Lamm took them to St. Edmund’s Academy, an independent elementary and middle school in Pittsburgh, Penn., and sat down with a class of second graders to gauge their opinions. Much like in the Kids React video series, Lamm gave each child a Lammily Doll and another doll for comparison, then watched their reactions.

There was something about Lammily that looked familiar to many of these children: they knew people who looked like the doll.

Barbie has been criticized for years for her unrealistic body, and she recently came under fire for her portrayal in a book as a game designer who needs boys’ help to code. As with Lammily, people are taking Barbie and making her their own.