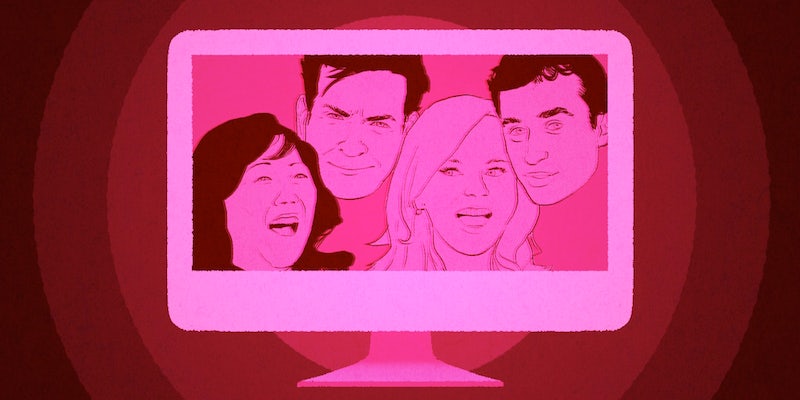 How sex work dominated the news in 2015

This year was a turning point for media coverage of sex work.

This year, journalism about sex workers was generally respectful, even laudatory. Most major news reports included the voices of sex workers—when they weren’t written or produced by current or former sex workers themselves. That inclusion is an important shift from stereotyped reporting in the past where stories about the sex industry typically consisted of superficial digs at a “seedy underground” and sex workers usually made the news only as victims of murder and other crimes (and then, with intimations that they somehow deserved it).

In 2015, some of the more salacious terms that dominated headlines in years past, like “hooker,” were replaced with “sex worker” almost universally. Additionally, coverage veered from single-event reporting on murders and other scares to reporting on sex workers as a community and a reader base. It’s as if the media discovered this year that sex workers will respond online to inappropriate or disrespectful media portrayals of themselves. Sex worker activists fought the power all year long, using social media as a truth-telling tool that allowed them to respond as a community to movies and TV shows that disparaged them—even successfully getting one taken off the air due to nonstop protests.

The year for sex workers had as many downs as it had ups. But the fact that there were victories at all felt fresh, exciting, and new. 2015 was the year that sex workers gained a permanent seat at the table. And there’s no going back.

2015 was dominated by sex worker voices. Whether it was via blogs like Tits and Sass, movies like Red Umbrella Diaries, or through workers’ associations like SWOP (Sex Workers Outreach Project), media production and interaction was at an all-time high. On Twitter and other social platforms, outspoken sex workers rallied their large swaths of followers; these networks came in handy when A&E’s savior-porn reality show 8 Minutes arose and offended the crap out of the community. 8 Minutes was widely panned by reporters who actually knew sex workers personally; journalist Melissa Gira Grant encouraged viewers of the show to “ask whether these former police are not also acting as manipulators, seeking women out for their own gain” in a piece for VICE. Encouraged by community support, the escorts who appeared on the show came forward and asked the network to “stop this crazy show.”

When TV and film producers weren’t being targeted by the sex worker wrath, it was aimed at a Chicago-based sheriff named Tom Dart instead. Over the past few years, Dart made it his seemingly singular mission to shut down the Craigslist-like classifieds site Backpage.com and had a string of successes this year when credit card companies refused to process payments to Backpage for ads and a campaign launched that aimed to have Backpage blocked from office computers and other workplaces. Sex workers responded with white-hot rage not only in the U.S., but in countries like Australia where prostitution is legal yet legally employed escorts suddenly found themselves unable to buy their usual ads. Backpage responded by making all adult services ads free and continuing to battle Dart and its other enemies in court.

Following the activist battle-cry of “nothing about us without us,” sex workers took to the legislative process in 2015 as an unofficial, but strong, lobby. Strippers in Portland, Oregon spent the fall and winter of last year actually writing legislation to regulate strip club working conditions, which Oregon senators approved this summer.

The long fight over the federal Justice for Victims of Trafficking Act came to a head in the spring, with some advocates for trafficking survivors and sex workers opposing the bill. It finally passed in April after being raked over and revised with a fine-toothed comb.

The most widespread news about sex work policy in 2015 was Amnesty International’s decision in August to take a stance in support of the decriminalization of sex work. In a statement, Secretary General Salil Shetty referred to “consensual sex work,” clearly acknowledging a difference between sex work and exploitation, abuse, or trafficking. Advocates roundly applauded Amnesty’s decision, with Kate D’Adamo of the Sex Workers Project telling the Daily Dot she anticipated a trickle-down effect after the world’s biggest human rights group sided with sex workers’ rights.

2015 was also the year that a presidential candidate said something that almost, almost publicly recognized the existence of sex workers: Hillary Clinton decried the murders of black transgender women in a speech at the Human Rights Campaign headquarters. However, Clinton, like the majority of news reports, failed to mention that many of the trans women murdered this year were also sex workers.

You win some, you lose some

Remarkably, Stoya found widespread support from the public: from the #StandWithStoya hashtag to many of Deen’s contracts and writing gigs being canceled within weeks, the alleged victim was treated with more respect than past sex workers who reported sexual assault.

The most outright shocking event in 2015 sex industry news was the massive, multi-agency federal raid on Rentboy.com‘s New York City headquarters. The website, which warehoused listings for male and transgender escorts, had been operating openly since 1997. When a law enforcement coalition comprised of the Department of Homeland Security, the U.S. Attorney’s office, the Drug Enforcement Administration, the Immigration and Customs Enforcement, and the New York City Police Department raided the Rentboy offices, dragging computer servers and other equipment into the streets, it sent a confusing and terrifying message to the gay community.

What a year this was for sex worker super-sheroes. It all began when a young West Virginia woman working as an escort named Heather fought off and shot a would-be attacker who was later discovered to be notorious serial killer Neal Falls, who was wanted in connection with murders all over the nation. Heather became a heroine to sex workers everywhere as well as a rare success story applauded in media coverage of the incident.

Both locals and nationwide sex worker networks rallied to raise money for Heather so she could move out of the apartment where Falls attempted to kill her.

No one could have gotten through the year without reading the famous Zola story, a modern-day epic told via Twitter about two young strippers who travel to Florida and get into all kinds of trouble. According to the author, a Hooters waitress and ex-stripper named Aziah King, Zola was “based on a true story.” Nevertheless, King’s tale captivated the Internet and nearly shut it down for a week while everyone scrambled to read the 150 tweets in a row. Her story was hilarious, sad, scary, exciting, sexy, and relatable. For most of the world, the Zola story was purely entertaining “trap poetry,” but to sex workers it was a relief to see something so real that reflected the myriad and complex elements of “the life” without flattening or reverting to cliches.

Transgender sex workers got to see themselves on the big screen in yet another movie about “the life”—except this one actually starred a former sex worker, Mya Taylor. Tangerine is currently campaigning hard for an Oscar, with Caitlyn Jenner and other stars throwing their weight behind the film in support. When interviewed by ThinkProgress about the film, Taylor said, “The film is not about people in sex work. The film is about friendship. The people just happen to be sex workers. It’s just like a real life story, you know?” The film treated its trans stars the same way it treated the subject of sex work: as if it were perfectly normal, which is all anyone who has lived through those identities has ever really wanted.

Sex work is simply work. For me it was honest work. I was a sex worker when I was young. It was hard but well paid. There's no shame in it.

I chose to do it. I'm not ashamed of it and I don't expect praise for my choices. Just know that your biases hurt. X https://t.co/IgepsJUoBw

Sex work is not degrading – it didn't degrade me. Rape was degrading. Not sex work. Sex work is honest work. https://t.co/JzaRe9nql8

Cho was immediately embraced by sex workers, and she embraced back, offering exclusive interviews to sex worker writers like Lily Burana and Tara Burns to discuss her identity as a sex worker.

From beginning to end, the year 2015 represented a paradigm shift: Sex workers were honored, acclaimed, supported, not just by clients and each other, but by the world at large. Sex work was uncovered as an integral part of many people’s lives, from gay men to transgender women to celebrities and people who have moved on into other careers. It was a source of comedy, of tragedy, the inspiration for films and books and, yes, hoetry. As a cultural delegation, sex workers have grasped the ears and eyes of a curious public. In the years to come, we’ll be watching as more celebrities inevitably come out of the closet about having worked in the sex industry, as sex worker advocates are consulted more frequently on policy and legislation, and as the voices of sex workers continue to regale us all with torrid, transformative, downright normal tales.

Editor’s note: This story has been updated to address privacy concerns.