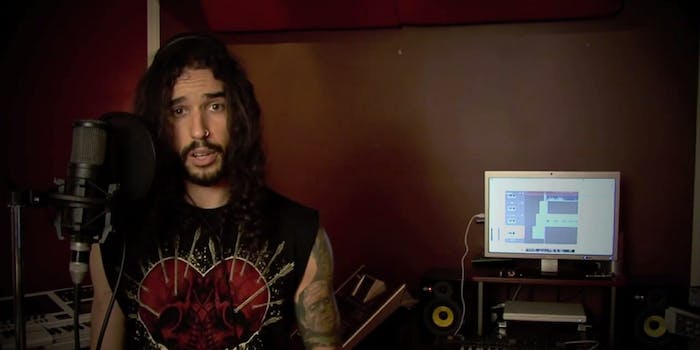 This Valentine's Day, don't give that special someone chocolates and flowers. Give the gift of song instead.

This Valentine’s Day, don’t try to woo your partner by serenading them with a classic R&B ballad. Instead, just leave all the singing to Anthony Vincent, also known as the 10-Second Song Guy. He’s posted a video of himself singing 20 love songs in 20 different styles, just in time for Valentine’s Day.

Vincent is extremely versatile, covering artists from the Beatles to Hozier to Boyz II Men. The switch-ups between songs help avoid that extra level of cheesiness.

If you want to make your feelings known to that special someone but can’t quite find the words to say, send them this clip. Just don’t be a cheapskate and make sure to buy them a gift as well.