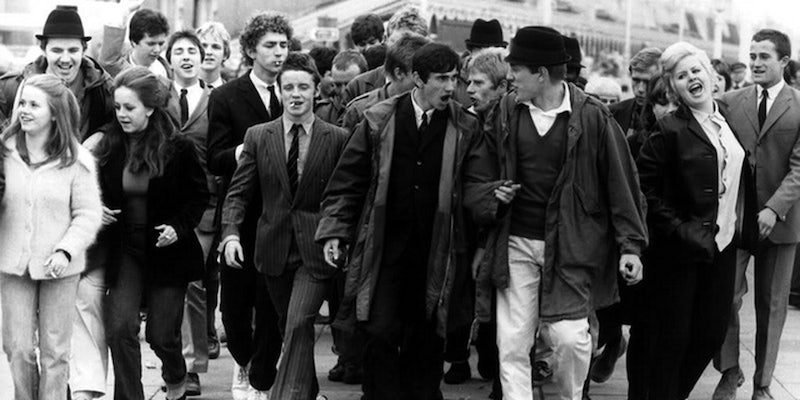 10 things your grandfather did cooler than you

In our high-speed lifestyles, there are still some lessons we can learn from earlier generations.

While it’s easy to marvel at all the modern conveniences and technological advancements of today, sometimes it’s helpful to also take a step back and consider some of the aspects of our culture that we’ve left behind. In our constantly connected and high-speed lifestyles, there are still some lessons we can learn from earlier generations.

Let’s face it: Your grandfather was pretty cool.

Shaving used to be an artform, and for all our fancy “Mach 20,” hypoallergenic blades and expensive electronic razors, your granddad knew how to do it right. The thick lather of shaving cream applied with a brush took some patience, not our slapped on mass-produced gels and foams of today. But your grandfather knew the pleasure of the morning ritual and how to handle a razor with care. Your scruffy beard has nothing on your grandfather’s fine grooming.

Music’s supposed to be fun, and when your grandfather went to a concert or dance, he didn’t just stand there. He wasn’t holding up his phone during the show to post to YouTube. He came to dance and impress, and more importantly, dance with somebody. All those classic dance moves of the Fifties and Sixties may sometimes seem dated, but they were designed to get a party going and facilitate interaction, and it takes class and skill to be able to lead a partner across the dancefloor. Your grandfather had moves, man.

America is a car culture, and that’s thanks to your grandfather. Not only did he appreciate the freedom and individuality that his car represented, but he knew how to take care of it. With weekends spent tinkering on the engine and souping up the style, his car was an extension of himself to show the world and be proud of. And he didn’t need a fancy GPS system or Google Maps to get around; he could cruise the drag all night long and look cool doing it.

It takes a certain confidence and panache to pull off the kind of chivalry that your grandfather had. Sure, he would open doors and pay the check on a date, but your grandmother fell in love with him because he had manners and style—and knew how to treat a lady. Talking to woman was more than Tinder or Snapchat. He also wasn’t shy about showing his chivalrous side in public, because your grandfather wasn’t too cool to still be a gentleman.

Your grandfather may not have been rich, but he also wasn’t beholden to credit cards or buried under student loans. He knew the value of a buck, spending only what he earned and living within his means. He paid cash for local goods, not Paypal from strangers on eBay, so he understood a financial transaction was more than just a purchase. It was a bond built on quality and reputation, and money not spent lightly.

Today we’re so attached to our computers and smartphones to tell us what to do, your grandfather would be ashamed. If something needed fixing, he would break out the tools and figure it out himself. And you didn’t need a big department store or Ikea if you were willing to figure out how to do it yourself. Your grandfather scoffs at your pre-fab furniture.

You bet your grandfather had style. You may try to wear a fedora, but nobody could sport a hat like your grandfather. He had nice suits and solid work clothes that had function, and shoes polished to a shine. A quality watch used to be the mark of a man, but now everyone checks the time on their phone. And let’s not even think about what he would say to you walking around wearing Google Glass.

It wasn’t just that sports were more bruising and tougher back in your grandfather’s day—it’s that the hometown team meant something. Before ESPN, he rooted for the local teams, and sports stars had the allure of heroes, not snarky gossip fodder on Twitter. And sports were something you played outside on the weekend, not through video games or fantasy lineups.

Oh, your grandfather knew how to party, and he could be wild and reckless. But it was about having fun with his friends, not trying to embarrass himself as the latest viral sensation through stupid stunts posted to YouTube. Back then, rebellion meant something, not just acting a fool like you’re on a reality TV show.

You wouldn’t believe the letters your grandfather could write. He didn’t need emoticons and GIFs to express himself; he knew the power of putting pen to paper. And writing was something to be appreciated, an art that wasn’t just about communicating but being able to tell a good story. Your grandfather appreciated good writing, and all we have today are listicles.

What did your grandfather do cooler than you?