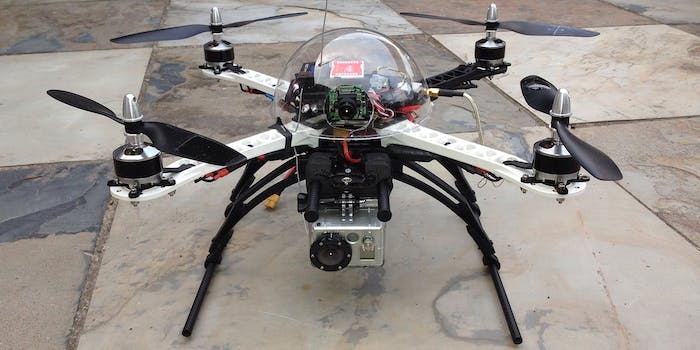 "Soon enough, I think Robocop will be knocking on our door."

The Wyoming Legislature’s Judiciary Committee voted this week to restrict the police use of drones against private citizens during a long debate on the morality of drone policing. The Committee sent a bill to the Legislature that would require any Wyoming police force to gain a warrant before using a drone to gather evidence on a suspect.

The committee heard evidence from the Wyoming ACLU and Wyoming Liberty Group, which criticized the current unfettered ability for law enforcement to utilize drones in any way they wished.

“Soon enough, I think Robocop will be knocking on our door,” Wyoming Liberty Group’s counsel Steve Klein told the committee.

While only two Wyoming law enforcement agencies currently own drones, Klein explained that the Legislature could help illegal use of them before it was too late. The Wyoming ACLU argued that as the issue of police drones had not been discussed by the Supreme Court, it fell to the states to prevent improper use of them.

“These can go into your house, on occasions without your knowledge,” Wyoming ACLU Executive Director Linda Burt told them.

The committee also voted against allowing police drones to be used on routine patrol over public streets and areas without a warrant.

They also discussed an expansion on the bill which was defeated, which would prohibit weaponization of drones by law enforcement. State Senator Bruce Burns disagreed with the expansion, asking whether it would be right to stop the police from equipping drones with weapons which could allow them unique ways to deal with situations like hostage standoffs.

Sen. Hicks says drones with weapons could be used in a school shooting situation. Worries about a blanket prohibition. #wyleg

This is not Wyoming’s first tussle with drones, they have already been causing havoc in Yellowstone National Park, which has led to the National Forest Service discussing a federal policy on drones in national parks.

The sponsored bill will be voted on by the Wyoming Legislature at the beginning of next year.

Photo via steve lodefink/Flickr (CC BY 2.0)