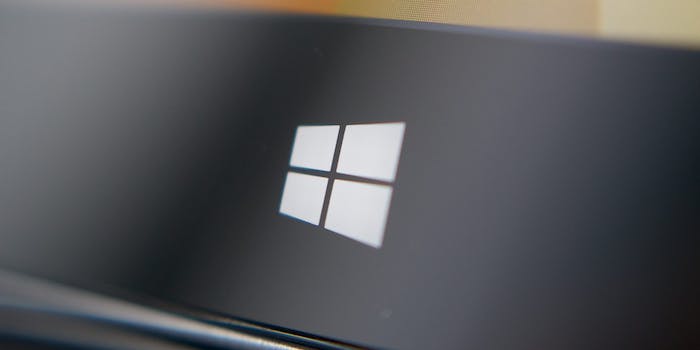 6 Windows 10 features that Mac users wish they had

Windows 10 corrects the wrongs of the past, and even does a few things better than Apple.

Window 10 is here, and with its arrival comes the question: Is it better than Apple’s OS X?

Macs have long been the go-to for those wanting simplicity, speed, and very few distractions. To Microsoft’s credit, Windows 10 seems to fit that theme quite well, and even manages to best Apple at its own game with a handful of really fantastic features that best their OS X counterparts. 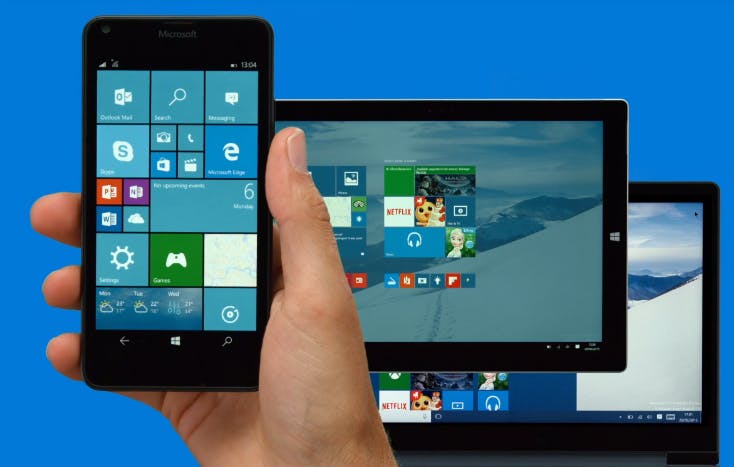 Windows 10 supports Microsoft’s universal apps, which are designed to work seamlessly between your phone, tablet, and desktop, regardless of which brand they happen to be. Mix your Toshiba with your Google and toss some Samsung on top, and your Microsoft apps like the Office suite, Photos, and Outlook, will—or at least “should”—play nicely and sync automatically, so the experience remains unified across all of them.

Siri was the first built-in smartphone voice assistant to really break through to the mainstream, but despite being generally well-liked, she has remained locked to Apple’s mobile devices and refuses to branch out. Microsoft’s take on a virtual digital helper, Cortana, debuted years after Siri, but with Windows 10 she has beaten Apple to the punch by coming to laptops and desktops. 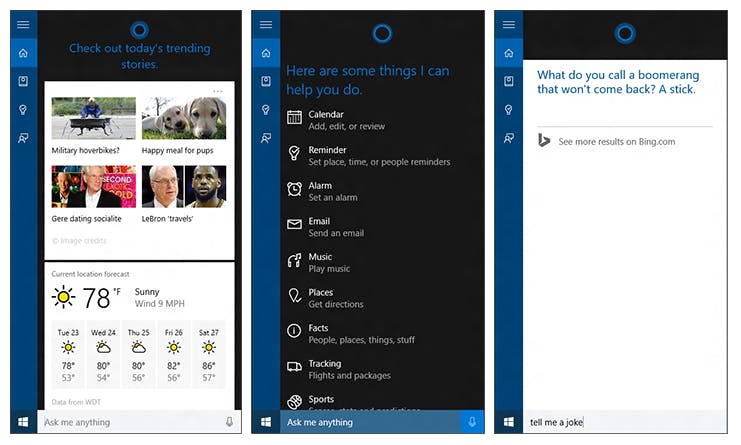 Cortana has advanced by leaps and bounds since her introduction on Windows Phone devices, and she’s in her best form in Windows 10. All it takes is a “Hey Cortana” to summon her, at which point you can request whatever you might need, like a check of the weather, a rundown of your daily schedule, or setting an alarm. You can also use Cortana to find information you’d normally have to search for on the web, like start times of movies, sports scores, or definitions of words.

Microsoft killed off the Start menu in Windows 8, much to the dismay of many, many users. After its hiatus it’s back in Windows 10, and it’s easily the most convenient way to find things on any computer.

Combining the tiles of Windows 8 with the traditional Start menu categories, recently used apps, and shortcuts to whatever programs you use most often, it’s a one-click glimpse at everything you could possibly need. Where OS X is a mishmash of shortcut features like the Finder bar, Launchpad, and Dashboard, the Start menu beats them all quite handily.

Windows is already the home for the vast majority of PC gamers, and while OS X is slowly making progress in its quest to become gamer-friendly, Windows 10 is adding console compatibility to the mix by letting you stream Xbox One games directly to your computer. 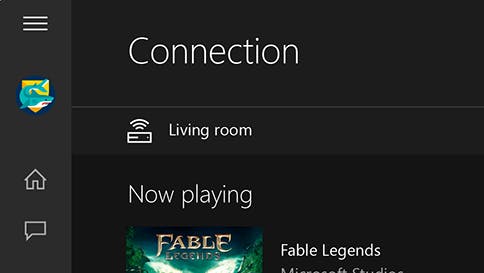 If you own an Xbox One you can stream your gameplay directly to your Windows 10 PC, turning it into a gaming hub that you can access from anywhere. Need to give up the HD display in the living room because your spouse needs to catch some must-see TV? Open your Windows 10 notebook and use it as the display.

You can also record your gameplay—millions of YouTube “Let’s Play” videos are about to bury your playlist—check your achievements, or do whatever else you’d normally do with your Xbox One. Oh, and Windows 10 includes the little added bonus of DirectX 12, which promises a more optimized PC gaming experience than ever before. No biggy.

Like it or not Google’s Chrome browser is far and away the most popular desktop browser across all platforms, with Firefox and IE trailing behind, and Apple’s Safari flirting with irrelevancy. Hoping to regain its browser dominance, Microsoft introduced Edge in Windows 10, and it’s actually pretty impressive

Despite lacking the myriad extensions of its competitors and launching with a modest feature set, including the ability to scribble on web pages like you’re using MS Paint, it’s miles ahead of Internet Explorer as well as Safari, making it the only built-in browser that is actually worth using.

The fact that Apple took this long to copy a Windows feature is truly astonishing to me, but OS X users will finally get the ability to snap windows onto the sides of the screen when OS X El Capitan launches later this year. The only problem is that it’s still not as good as the Windows Snap feature Microsoft has had for years, and it’s especially poor when compared to Windows 10’s Snap Assist.

Just like in past versions of Windows, you can snap whatever you’re working on to the side of the screen, adjust its size in relation to edge of your display, and turn it back into a regular floating window simply by yanking the top bar down. Windows 10 makes this feature even better by proposing other apps to go alongside the one you just snapped, as well as added support for up to four snapped application on a larger display.

Apple’s Split View mode is, by comparison, a clunky and frustrating mess. First, you click and hold the minimize/maximize button on any window’s title bar, then you select which side of the screen to snap it to. Then, you have to pick something to go alongside it—you can’t just snap one window and leave it. Picking another window gives you a 50/50 split that you can adjust, which works fine if that’s what you wanted in the first place, but if you simply click inside the window you already snapped (as if to tell the computer that you really just wanted that one window moved, and to leave everything else alone) it makes that window full-screen. If you click the desktop instead, it cancels and unsnaps everything.

Once two windows are in Split View, you can’t just grab a title bar and move them back into floating mode, you have to click the minimize bar on one of them, which allows that window to float, but sends the other window into fullscreen mode, which you need to minimize separately in order to return the desktop to its previous state. Yes, it’s that complicated. This shouldn’t even be a battle, but it is, and Windows 10 wins it by a mile.