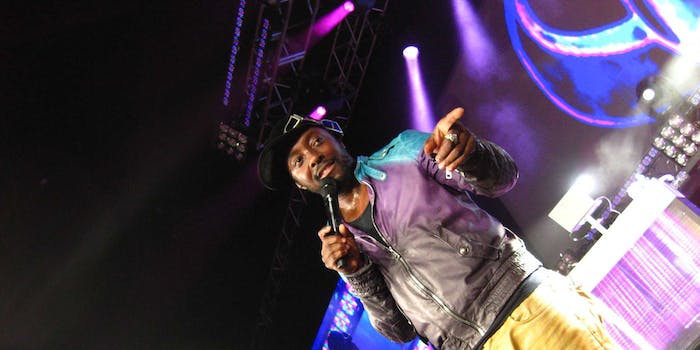 Will.i.am is basically the next Steve Jobs.

New tech magnate and humanoid robot, Will.i.am does not have time to read the Wall Street Journal. In a new ad for the conservative business publication, the Black Eyed Peas front man shows just how busy he is.

How would anyone have time to sit down with an old newspaper when they have to create beats on the largest tablet screen known to man? There’s no reason there would be time to cruise the personals when you have to tweak designs for your (actually real!) eyewear line, ill.i Optics.

“Can we use the gestures to turn on the device?,” he asks a faceless designer before dashing off to his next important tech consultation.

And with a quick check of his Puls smartwatch (which has been lauded as “the worst product I’ve touched all year”) he speaks directly to the humans watching at home. “I don’t have time to read the Wall Street Journal,” he blurts out. It has been declared.

But then, with a slam of a door, he’s off into his private studio to sit down with his regular sized tablet in total silence. He can now read his Wall Street Journal in peace.

Will.i.am can always find time. He is our omnipotent tech-lord.