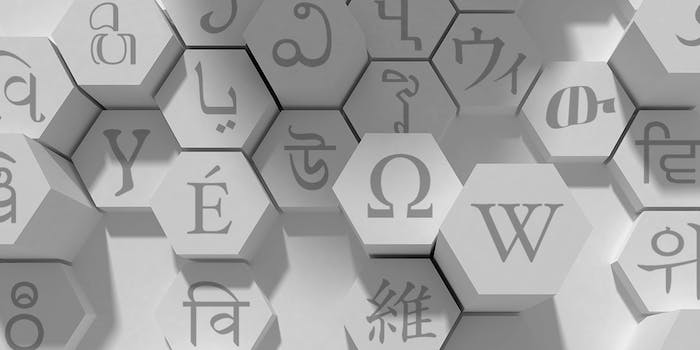 Somebody on a senate computer is trying to add the word "traitor" to Edward Snowden's Wikipedia page.

Depending on whom you ask, Edward Snowden, the former U.S. National Security Agency contractor who disclosed the agency’s top secret surveillance programs, is either a hero or a villain.

Wikipedia, the online encyclopedia that strives for a sort of crowdsourced objectivity, has settled on the phrase “American dissident” when referring to Snowden. Not surprisingly though, not everyone on the site agrees with this characterization. In fact, someone at the U.S. Senate has been trying to edit Snowden’s page to call him a “traitor.” 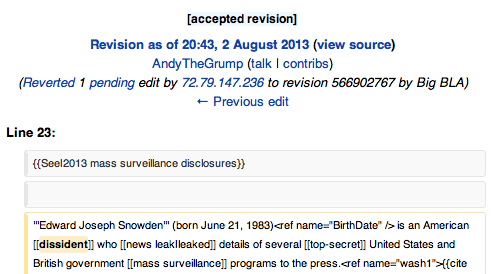 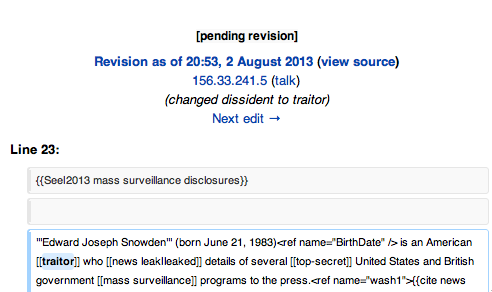 The attempted change was pointed out to us by Wikipedia criticism site Wikipediocracy, who traced the IP address of the anonymous editor back to the U.S. Senate.

Of course, there is no way to tell whether the editor is a senator, a staffer or an intern–only that the change was made from a computer with a Senate IP address.

That’s not to say we know nothing about this particular editor. The person has been active on the site over the past few months, making grammatical edits on the entry for the novel Five People You Meet in Heaven, correcting the spelling of “conspirecy” on the page for Washington Post CEO Donald Graham, adding credits to an entry for a San Francisco tiki bar, and tweaking the introduction to the Ruger Super Redhawk, a double action magnum revolver.

Snowden appears to be the only U.S. dissident—er, “traitor”—whom he or she decided to troll, however.