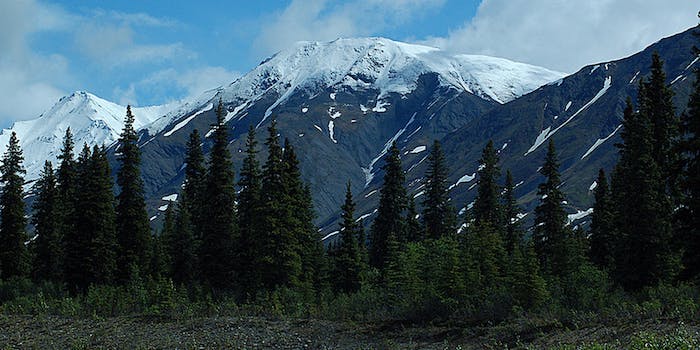 In just three days, an incoherent White House petition aimed at Alaskan secession has racked up some 18,000 signatures from residents and outside observers alike.

Titled “Alaska back to Russia,” the online document also makes a historical argument for annexation by the Motherland, which, to be fair, has been in an acquisitive mood of late. According to the petition:

Russian began to settle on the Arctic coast, Aleuts inhabited the Aleutian Archipelago.

First visited Alaska August 21, 1732, members of the team boat “St. Gabriel »under the surveyor Gvozdev and assistant navigator I. Fedorov during the expedition Shestakov and DI Pavlutski 1729-1735 years

Poorly articulated though it may be, this message has clearly resonated here in the U.S., largely because the idea of surrendering Sarah Palin to the nation whose geographic proximity she once cited as a qualification for the vice presidency has an irresistible elegance to it.

Moreover, you’d have to imagine that Putin would instantly strike down Alaska’s new law banning the use of drones by hunters—if only for his own recreational needs.

If the petition gains 100,000 supporters by April 20, the Obama administration will have to publish a formal reply; in the past it issued a blanket rejection of various secession manifestoes from North Carolina, South Carolina, Alabama, Tennessee, Georgia, Florida, Texas, and Louisiana. (They also denied a request to summarily deport anyone who signed such a petition.)

Meanwhile, the White House may yet decide to exile Justin Bieber and revoke his green card, as hundreds of thousands of citizens have democratically demanded.

The Alaska petition might do even better if there were a provision that the Russians would pay us back—we bought the place off them in 1867 for “for $7.2 million, an average of two cents per acre.”

But something tells us they don’t do refunds.