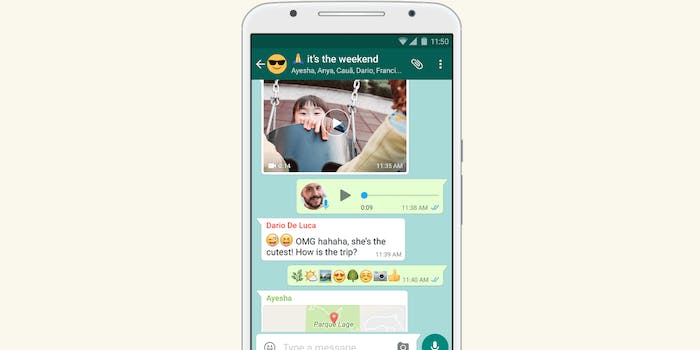 The spread of fake news has resulted in crime and death in India.

After a series of grizzly mob lynchings, Facebook-owned messaging platform WhatsApp announced that it would begin curbing the number of times an in-app message can be forwarded to help stop the spread of false information.

On Thursday, the Indian government threatened WhatsApp—it could face legal consequences if it remained a “mute spectator” in the country—saying that the app needed to take accountability and responsibility for the spate of rumor-fueled deaths the country has seen.

The app took the statement to heart. It announced in a blog post that it would begin “a test to limit forwarding that will apply to everyone using WhatsApp.” In India, that test would be more extreme. It said it would test an even lower limit of five chats at once. It also plans to remove the quick forward button next to media messages in the app.

“We believe that these changes—which we’ll continue to evaluate—will help keep WhatsApp the way it was designed to be: a private messaging app,” the blog post reads.

Over the past two months, there have been more than 20 lynchings in India. In one of the most recent incidents, a 2,000-person mob killed a 27-year old man after unsubstantiated rumors that he was a child kidnapper proliferated through the app. Twenty-five people were arrested following the murder.

The attacks, mostly centered around child kidnapping, primarily target non-locals and began in May. Police say it’s difficult to convince people that the messages are false.

WhatsApp is India’s biggest internet-based platform, and India is one of WhatsApp’s largest and most popular markets. More than 200 million people in India use WhatsApp. With the ability to quickly forward messages, the app has made it possible for false rumors and accusations to spread like wildfire, for mobs to form, and for people to die.