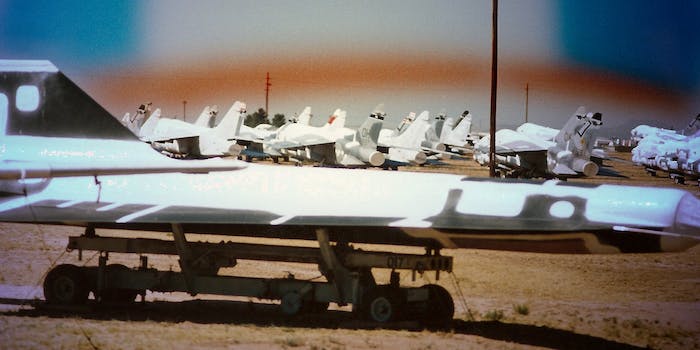 The enduring mystery of the U.S. drone war

15 years after the U.S. conducted its first armed drone mission, little is known about the program—or its impact.

For years, the United States government has concealed the details of its covert drone war, including its death toll. In March, the White House announced that it would change course by publicly releasing “an assessment of combatant and noncombatant casualties resulting from strikes taken outside areas of active hostilities since 2009.”

Experts don’t expect the imminent report to shine much light, but it’s already generated a great deal of heat. Here’s why.

A drone, more formally referred to as an unmanned aerial vehicle (UAV), is a remotely controlled, pilotless aircraft. You may have observed a hobbyist flying a tiny version around your local park, but the ones deployed for combat are often larger and more complex. Some are designed for surveillance while others are equipped with missile launching capabilities.

The U.S. conducted its first armed drone mission in Afghanistan on October 7, 2001, in the immediate aftermath of the September 11 attacks. In 2002, the Bush administration began launching secret drone strikes outside of declared war zones; the first reported one targeted Al Qaeda in Yemen.

The government publicly acknowledges that the military utilizes drone strikes in countries with which it is at war, like Afghanistan or Iraq, or where it is involved in active hostilities. But it keeps CIA strikes aimed at terror suspects in places like Pakistan, Yemen and Somalia largely secret. Though parallel programs began under Bush, the Obama administration has nearly doubled the use of drone strikes. The presumed calculation is that sending troops would be too risky, though the strikes themselves are of dubious legality.

The existence of the covert programs and individual strikes themselves have been reported on, but they’re treated as a secret by the U.S. government. As a result, the public is kept largely in the dark when it comes to where the strikes occur, how targets are chosen, who authorizes strikes and the number and identities of those killed.

A cache of leaked, classified slides, published in October as part of a series of articles by the Intercept, proved to be one of the biggest blows to the classification fortress surrounding the country’s covert, lethal drone operations. Though the documents focused on a limited geographical area and time period, (operations in Afghanistan, Yemen and Somalia between 2011 and 2013) they lifted the veil on the chain of command behind strikes and how it conceals unintended deaths.

One document spells out the approval process for drone strikes in Yemen and Somalia, which is more involved than in designated war zones like Iraq and Afghanistan. In fact, the process sometimes take years.

First, Joint Special Operations Command (JSOC) and other intelligence agencies choose a target and, through extensive surveillance, compile information on the person ranging from daily patterns to relationships. The report is then passed off to the military entity governing the region, followed by the joint chiefs of staff and then the secretary of defense.

At that point, the report is handed over to a circle of top advisors on the National Security Council before making its way to the president. If the president approves, there is a 60 day window for the person in question to be killed. Though it’s been widely reported that President Obama approves each name on the kill list, some of which have included American citizens, the documents suggest that he does not approve each strike.

President Obama has publicly said that the U.S. would only use a drone to kill “terrorists who pose a continuing and imminent threat to the American people” and when there is “near-certainty that no civilians will be killed or injured.” The leaked documents suggest those guidelines are not strictly followed, however. During one five month period in Afghanistan, the documents say, nearly 9 out of 10 casualties were killed because of their proximity to the intended targets.

The precise number of strikes and resulting casualties are unknown, though independent groups are attempting to track both statistics themselves by interpreting local news reports or contacting local sources.

The Bureau of Investigative Journalism is one such group keeping an eye on strikes and their aftermath in locales like Yemen, Pakistan and Somalia. According to the London-based non-profit, there have been hundreds of strikes in those locations since Obama took office and even more killed. In 2013, Sen. Lindsey Graham (R-South Carolina) pegged the death toll at 4,700 people, though that is considered the highest estimation based on a compilation of non-profit data.

In March, White House counterterrorism czar and Deputy National Security Adviser Lisa Monaco announced that the administration would provide an assessment of combatant and non-combatant lives taken by strikes in places like Yemen, Pakistan and Somalia since Obama took office. “Going forward, these figures will be provided annually,” she said. “Because we know that not only is greater transparency the right thing to do, it is the best way to maintain the legitimacy of our counterterrorism actions and the broad support of our allies.”

While many praised the apparent move toward transparency, others commented that it would likely serve as a smokescreen for the opacity that would remain. Joe Pace, an attorney with the international human rights group Reprieve predicted in a prior conversation with the Daily Dot that the numbers would be “woefully insufficient.” Though Monaco promised a delineation between militant and civilian deaths, Pace noted that military-aged men are often deemed militants.

In fact, the Intercept’s leaked documents showed that the administration labels unidentified casualties as “enemies,” lowering the civilian death count.

“Anyone caught in the vicinity is guilty by association,” the source of the documents told the Intercept. Experts fear that instead of exposing truth, the administration’s numbers would sit on the sidelines of accuracy.