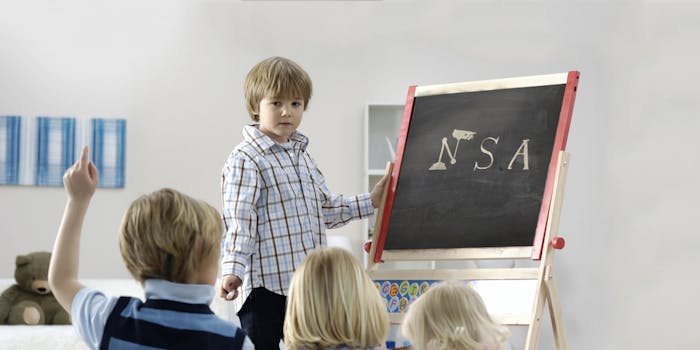 Everything you need to know about the USA Freedom Act

On Tuesday evening, the Senate is expected to vote on the USA Freedom Act, a bill designed to give Americans some semblance of privacy by changing what the National Security Agency can do. Here’s what the bill is, who’s behind it, who opposes it, and what might happen under it.

So, what is the USA Freedom Act?

It’s the one and only bill designed to reform the NSA that has any chance of actually becoming law anytime soon. It passed the House earlier this year, the Senate’s voting on it Tuesday evening, and the White House says President Obama will sign it.

Why does it have such a ridiculous name?

Because it’s a ridiculous acronym—technically, we should write it “USA FREEDOM Act,” but that seems too scream-y. It stands for the Uniting and Strengthening America by Fulfilling Rights and Ending Eavesdropping, Dragnet-Collection and Online Monitoring Act.

Ugh, that reminds me of the Patriot Act. Who would come up with such a name?

But… wasn’t it the Patriot Act that gave the NSA a lot of its current legal authority?

Sensenbrenner says he didn’t intend for the Patriot Act to end up used this way. People laughed at him when he first introduced it, but those days are gone. Now, privacy advocates are just excited that any kind of reform could happen at all.

Ok, so what kind of reform are we talking about here?

The big one is reforming Section 215 of the Patriot Act, which courts have interpreted to allow the NSA to get pretty much every American’s phone records, also known as metadata, which include numbers called, how long calls lasted, and when they were placed. It’s the first program revealed from the cache of documents leaked by Edward Snowden. It also might be the biggest baldface lie the government told about NSA programs: A few months before Snowden happened, Senator Ron Wyden asked James Clapper, the Director of National Intelligence, if any program collected information on “millions or hundreds of millions of Americans.” Clapper said no. After the NSA’s use of Section 215 came to light, Clapper apologized, said it was the “least untruthful” statement he could give, and that he forgot about the phone metadata program.

So if USA Freedom passes, nobody will have my phone records anymore?

No, your phone company probably still will. AT&T, for instance, has kept its customers’ records since at least 1987. It just means the NSA won’t be able to query them willy-nilly, and will need some sort of court order to get them.

I thought everybody agreed that the USA Freedom Act actually didn’t do much.

That was the House version, and yes, an awful lot of privacy groups withdrew their support, especially after the bill was amended to have weaker language about Section 215 reform. But the Senate version, introduced by Jim Leahy (D-Vt.), does have the support of most major privacy groups, including the Electronic Frontier Foundation, American Civil Liberties Union, Access, and the Center for Democracy & Technology.

Who else supports or opposes it?

Major tech companies, many of whom had their name dragged through the mud by being named in certain NSA documents—we’re talking Google, Microsoft, and Facebook here— have all joined hands in support. Also, the NRA likes it. So it’s a pretty broad coalition.

Retired general Michael Hayden, the guy who ran both the NSA and CIA right after 9/11 and who oversaw the NSA’s expansion during that time, thinks the bill would help the terrorist group Islamic State. So there’s that.

What else does it do?

As the New York Times has reported, it would mean greater disclosure from Foreign Intelligence Surveillance Act (FISA) courts and would help private companies—like the aforementioned Google, Facebook, and Microsoft—tell their customers when they’re forced to turn over user data.

Does this do anything for the privacy rights of non-Americans?

Yikes. Sorry, rest of the world. So… what’s going to happen?

It appears the vote, scheduled for Tuesday evening, is going to be close. It needs 60 votes to pass. Most of the Senate’s 55 Democrats are expected to say yes, but Senate Minority Leader Mitch McConnell (R-Ky.) is urging everyone in his party to vote it down. It may come down to the wire.

If it passes, it needs to go back to the House. If it passes there, Obama has said, he’ll sign it.

Is there anything I can do?

Of course! You can always call your senators.

Photo via audiolucistore/Flickr (CC BY 2.0) | Remix by Fernando Alfonso III