The bankrupt retail corporation still has plenty of fans.

We’ve just kind of been waiting for RadioShack to die, it seems, and the day has finally come.

The company filed for bankruptcy Thursday evening after its financials had been on the fritz for years. The word leading up the news was that the electronics retailer  would close down half of its stores and sell the remaining half of its leases to Sprint. However it happens, it marks the end of an era.

But RadioShack still has its obsessive fans, electronics fiends who bought their first computers or components from within its stores’ walls years ago. And the company leaves behind a storied history that can be bought item by item on eBay. There’s tons of emblazoned swag that bears the logo of the once-great company, and it can be yours if you really want it. 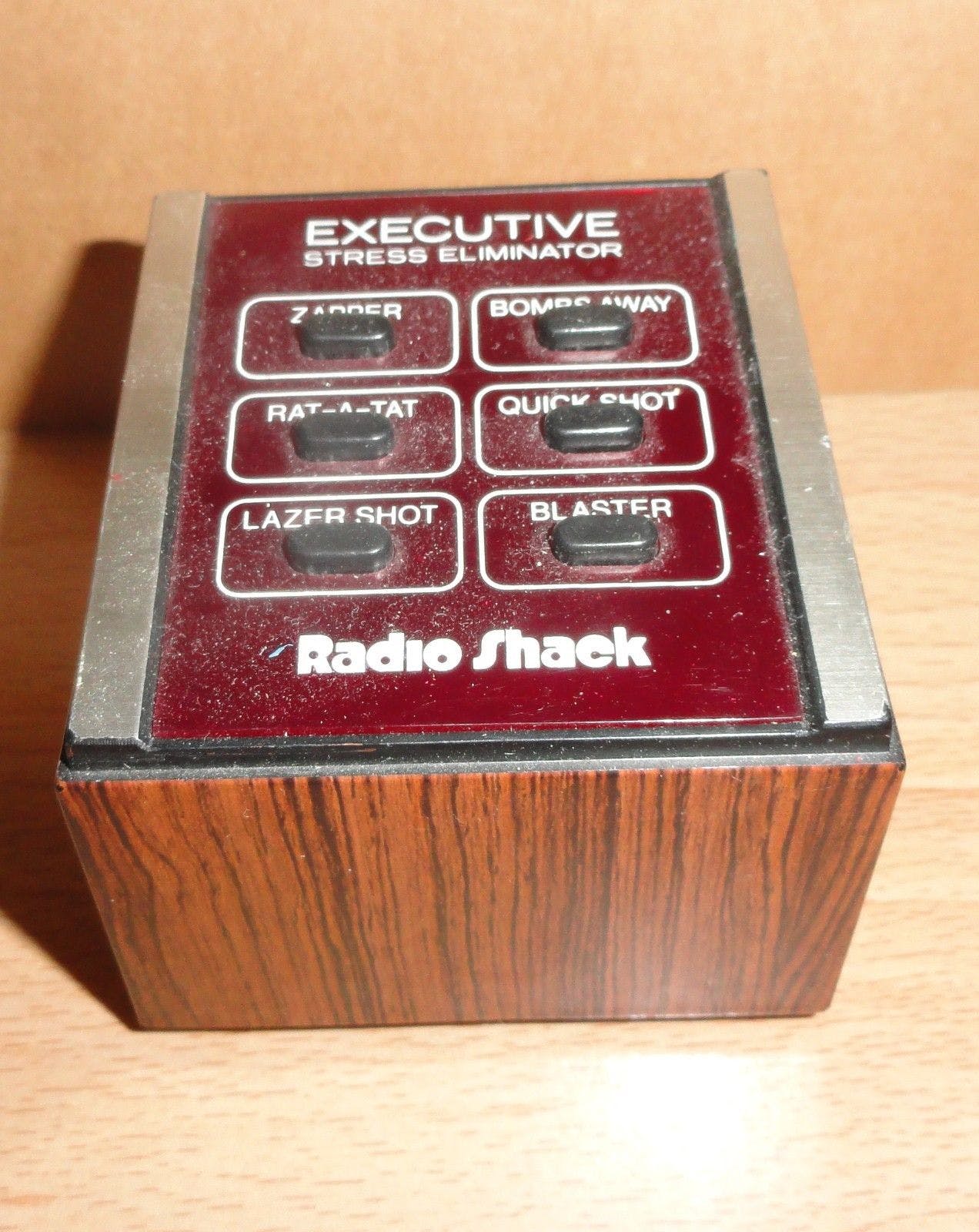 We’re not sure what kind of white noise machine would include such restful sounds as “lazer shot” and “bombs away,” but here it is, replete with RadioShack branding. It’s yours for $15. 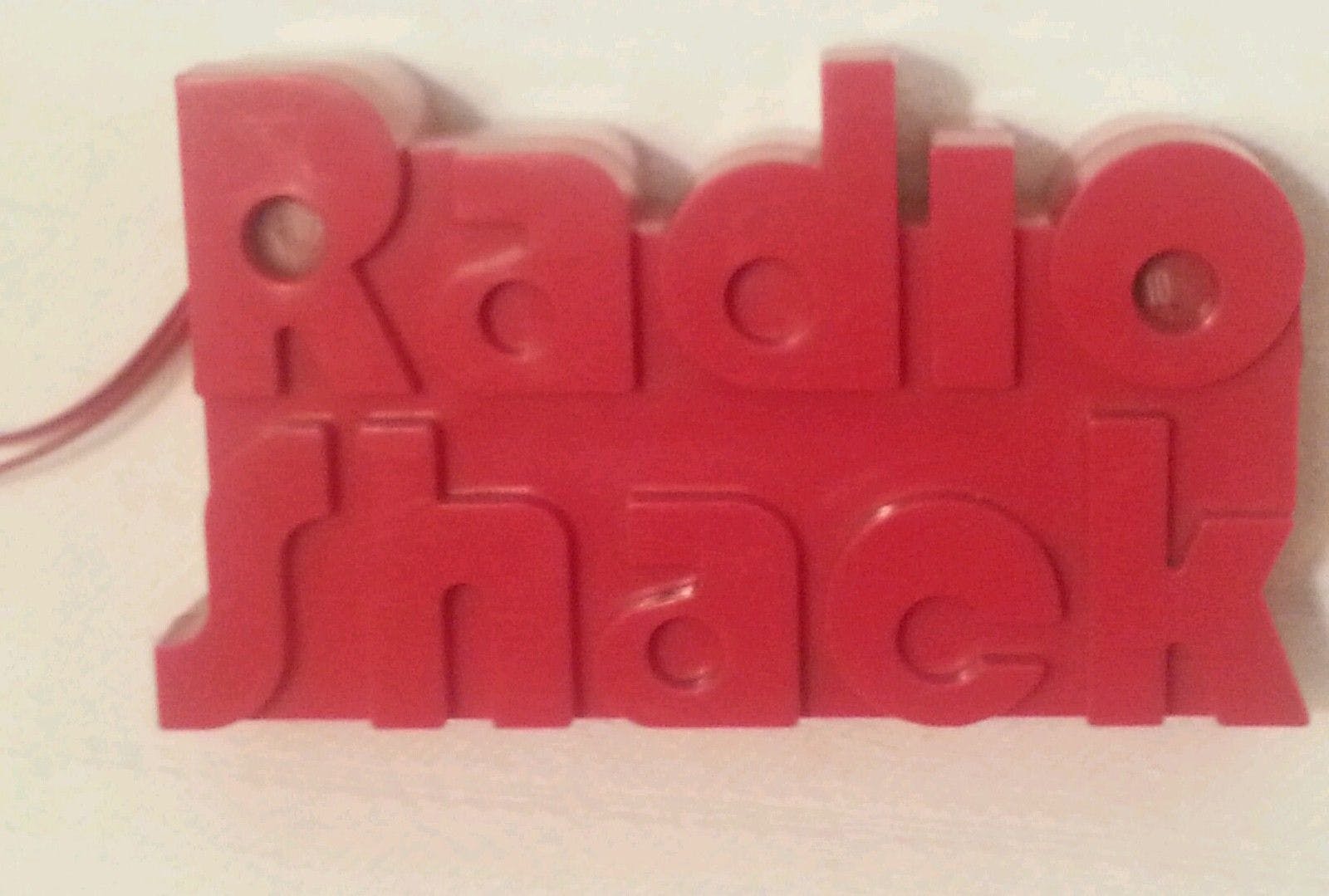 It’s a radio in the shape of the RadioShack logo! Go nuts! 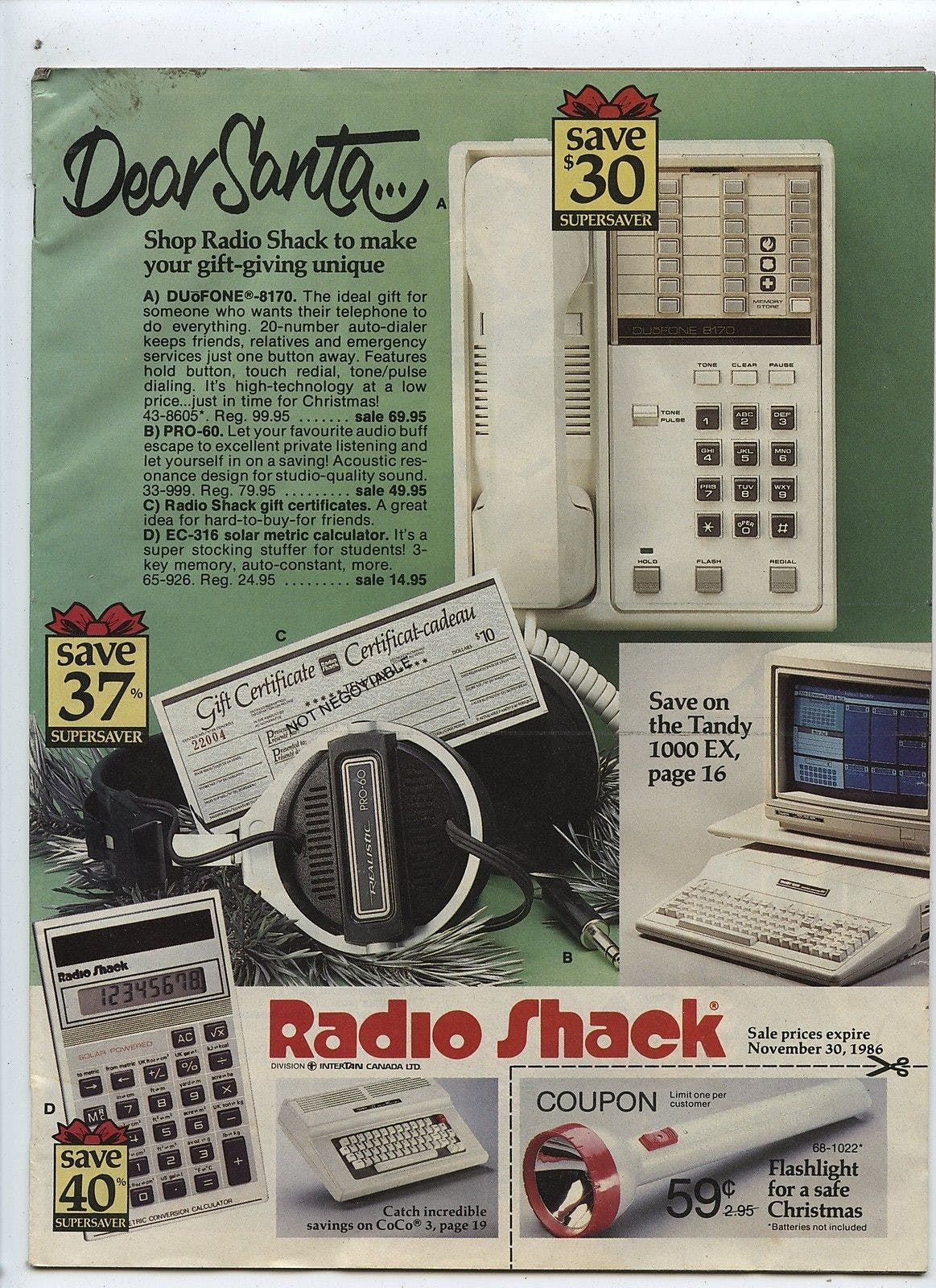 For whatever reason, there are tons of old RadioShack catalogs available on eBay. A catalog is a collection of ink and paper that people used to buy things out of. 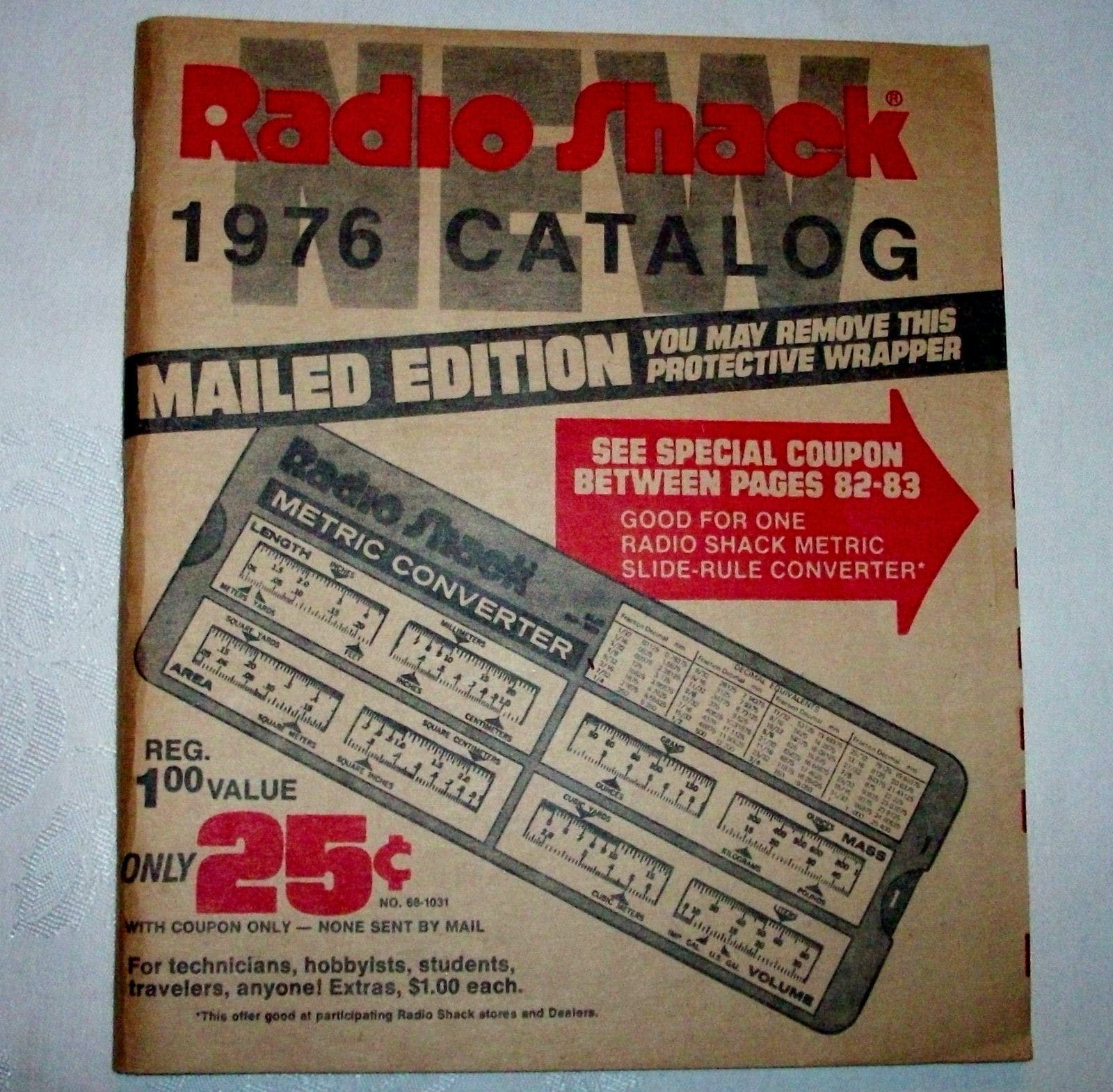 We got the inside story on this particular catalog straight from the seller:

The catalog is from the estate of James Kenney of New Windsor, Maryland. He was one of the largest audio/visual collector’s on the East coast. My partner purchased part of his estate, including hundreds of old catalogs, audio parts and pieces, and thousands of 78 rpm records.

I had a RadioShack eight-track stereo and speakers in my first car — a ’67 Pontiac Tempest. I loved driving around with the windows down, blasting Cat Stevens, Three Dog Night, etc. That was ’74 – ’77. Stereo sounded great. I bought several more car stereos from them for the next ten years or so, until I could afford cars that already had stereos. 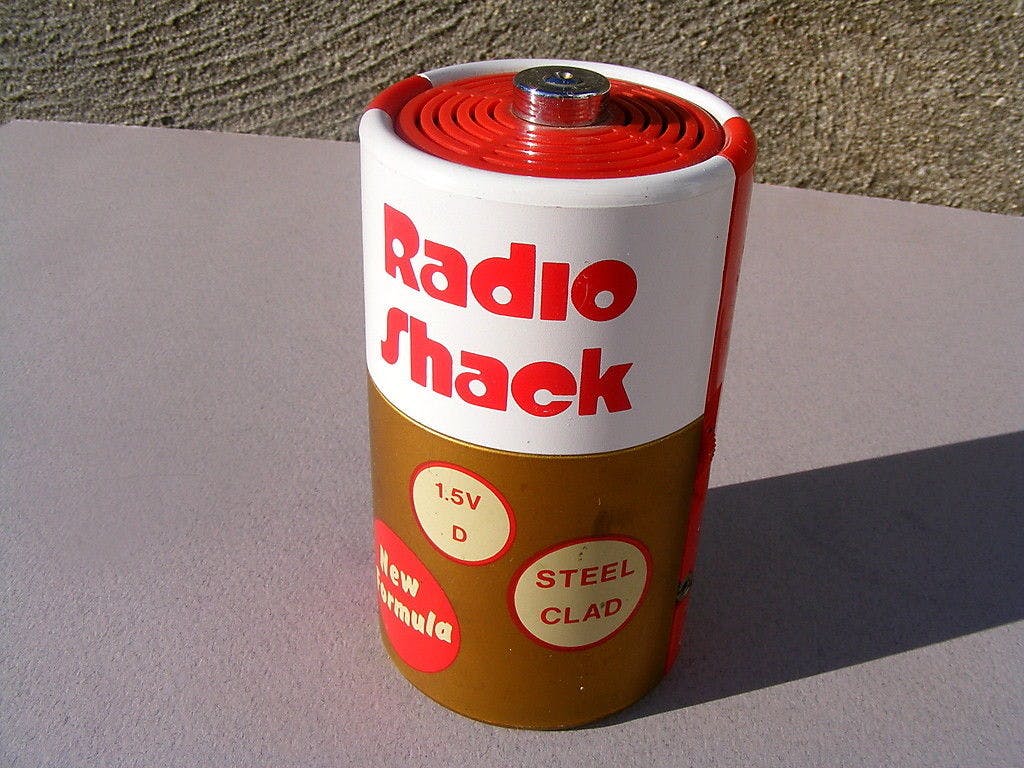 If you love radios, you might also love batteries. How to combine the two? A radio in the shape of a battery! 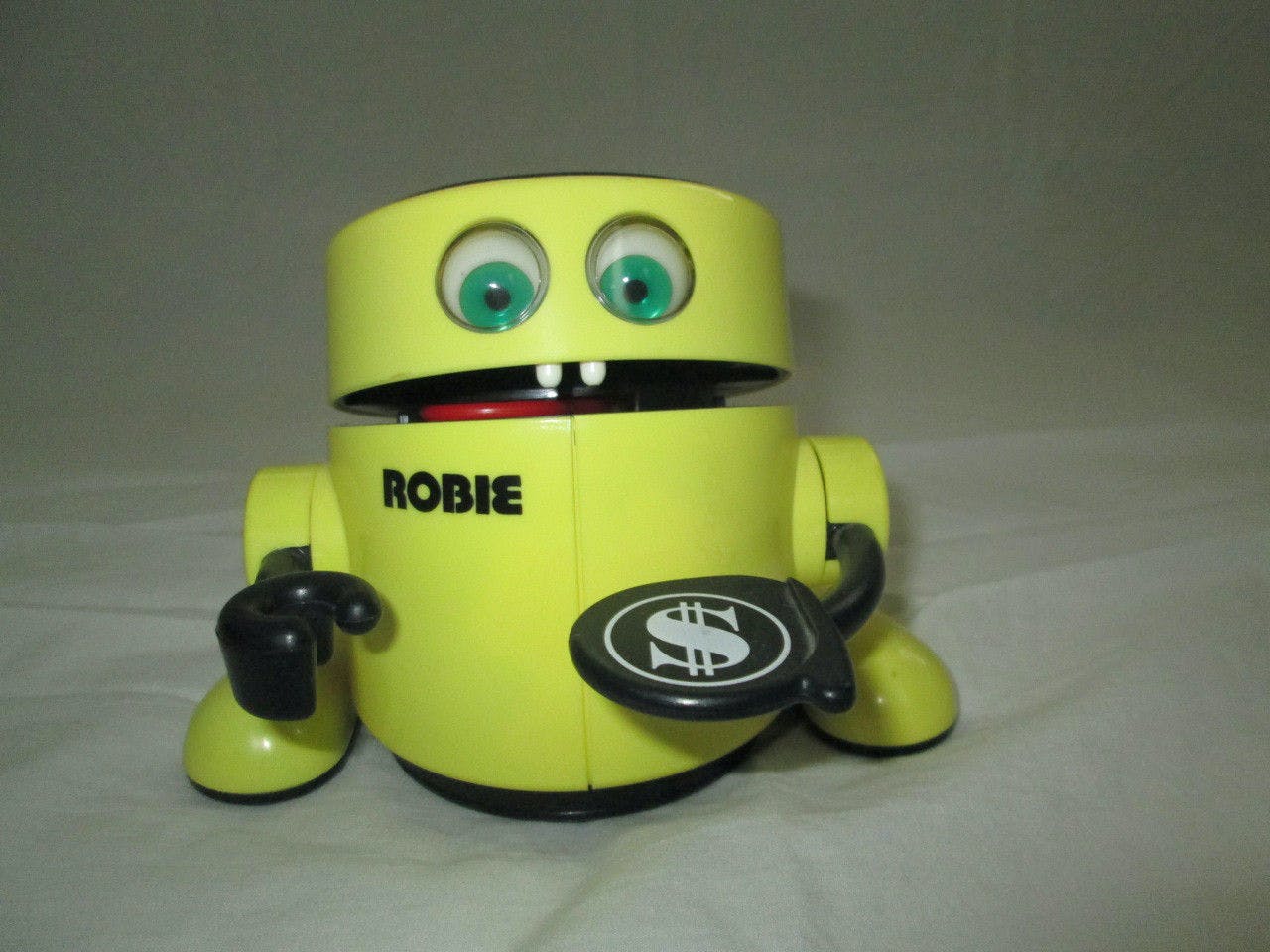 This is an electronic bank that’s still in working order. Based on the look of this guy, we’re guessing that you can place your loose change on the robot’s outstretched palm and he will gobble it up. 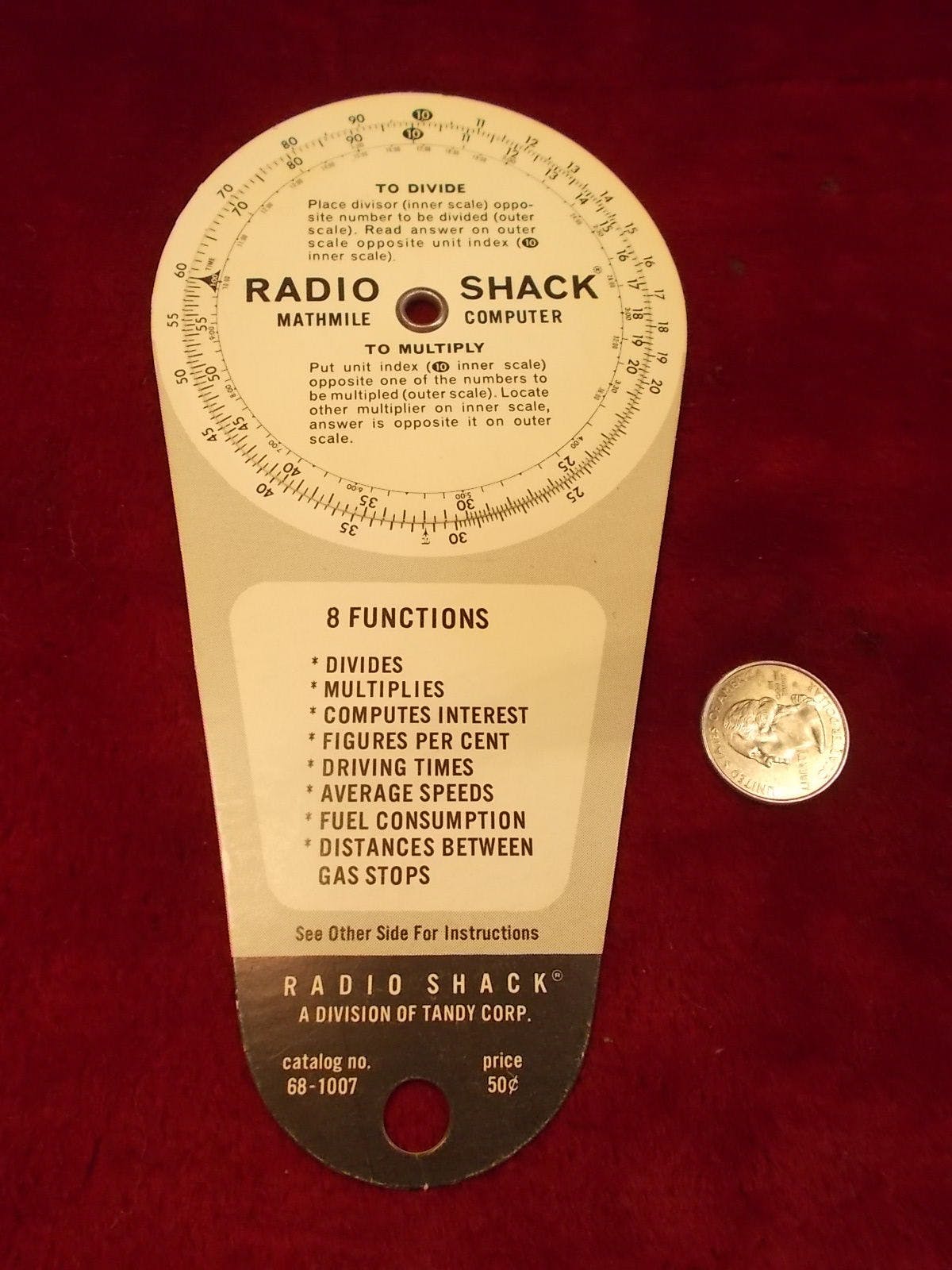 A slide rule used to be the go-to device for solving all kinds of complicated math problems. But it can’t solve bankruptcy, much to the chagrin of the company that’s branded this particular slide rule.