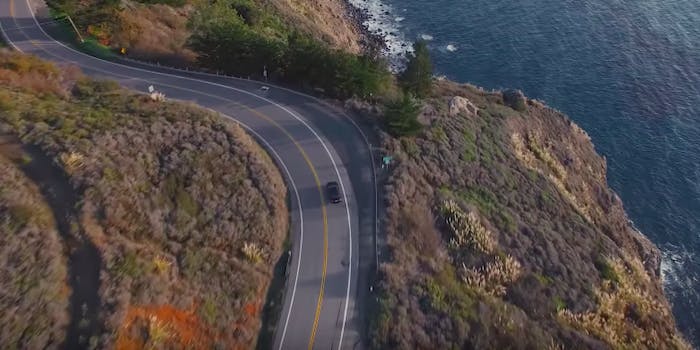 The list price is $500. But its current bidding price on eBay is bonkers.

Trying to sell a used car sucks. You know it, I know it, we all know it. First, you’ve got to write the perfect description and snap the most flattering photos to post it on Craigslist or eBay or the 79 Facebook buy/sell groups that have never actually helped you perform either task.

Then you’ve got to hope somebody actually responds to your post, and go back and forth negotiating the price. Then, just when you think you’ve found a buyer to commit, you’ve got to pray they don’t ghost you an hour before they’re supposed to buy the damn thing.

If this is how you feel, then you’ve clearly never made a used car ad like Max Lanman’s.

Lanman is a writer and director who put his filmmaking skills to the test by making a video ad to help his fiancee sell her 1996 Honda Accord, and by God, it’s incredible. The minute-long clip starts with a direct appeal to prospective buyers: “You? You’re different. You do things your way. That’s what makes you one-of-a-kind.”

The video shows the subject, presumably Lanman’s fiancee, pulling out of the driveway in her Accord, pushing the cassette adaptor into the tape deck, and queuing up her vintage iPod Classic. She pours herself a cup of coffee from the pot strapped into her passenger seat while balancing her cat on her lap. Cue the breathtaking wide shots of the driver cruising down the highway, surrounded by rolling hills and striking blue water hundreds of feet below. The ad ends with the brilliant cliche tagline: “Luxury is a state of mind.”

It should go without saying the ad worked. The video currently sits at No. 13 on YouTube’s trending list with more than 1.5 million views in just two days. The seller originally wanted $500 for the Accord, affectionally called “Greenie”—a reasonable asking price, considering it has 141,095 miles on it. But the bid as of this writing sits at a staggering $100,100 on eBay with more than four days to go. For reference, Kelley Blue Book values a top-shelf, excellent condition 1996 Accord at $1,505.

In other words: Ya did good, Lanman. Make sure your girl buys you dinner once she sells the car. Or, you know, a Porsche.