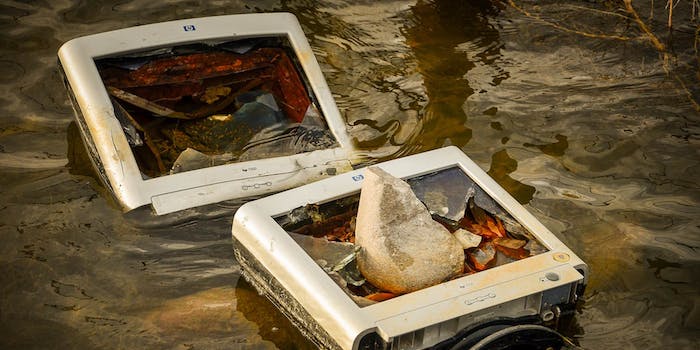 The case for the vertical desktop monitor

It's time for a vertical revolution.

If you have a desktop computer there’s a good chance you’re also using a widescreen monitor. It’s virtually impossible to find a decent LCD monitor these days that isn’t widescreen, and that’s fine, but if you’re using one I’m going to assume you’re using it wrong. In fact, I can verify my hunch by asking you one question: Is your monitor situated in landscape mode—which means it’s longer from left to right than it is from top to bottom? Yes?

Yep, you’re doing it wrong. Allow me to blow your mind.

Computer monitors were once almost universally sold in a 4:3 format, and ever since then the monitor market has followed the TV industry very closely. When widescreen HDTVs hit the scene and became the standard, computer monitors followed, and for no good reason. In fact, you’ll find many PC gamers who despise the fact that monitor makers actually abandoned higher resolutions in favor of 1080p, because that was the magic number that non-gamers associated with the HD standard… but I digress.

The vast majority of computer-related tasks see no benefit from a screen that is longer than it is tall. Sure, video playback and gaming are some key exceptions, but if you watch Netflix on your TV instead of your computer monitor and you’re not into PC gaming, that long, wide display is doing nothing but hampering your experience.

Allow me to put it another way: If your computer habits consist of Facebook, Twitter, Pinterest, and any kind of writing—from emails to school papers—your monitor is holding you back. Let’s flip it.

No, seriously. Let’s flip it sideways.

Virtually all Web content, from Google search results, news websites, and social networks to our own Daily Dot just seems to fit better with a nice, tall monitor.

What was once this: 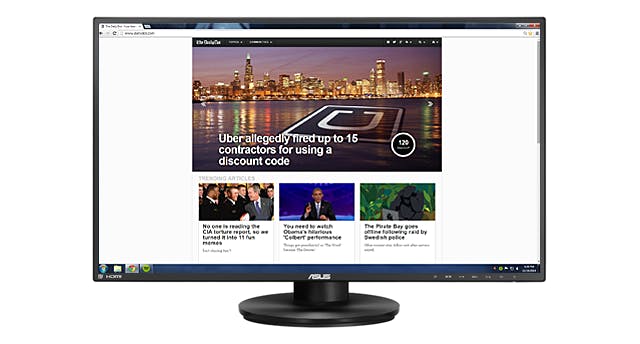 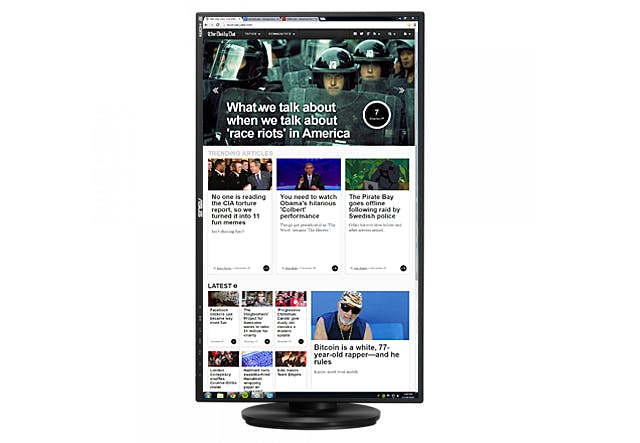 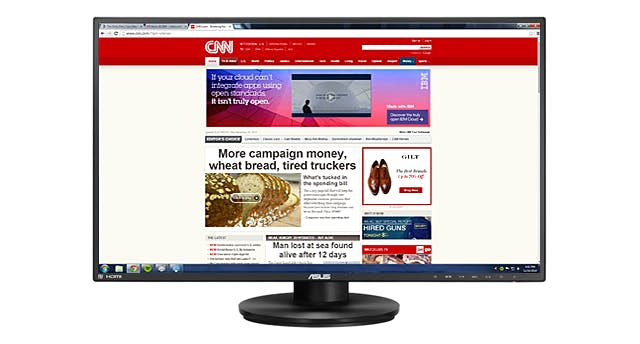 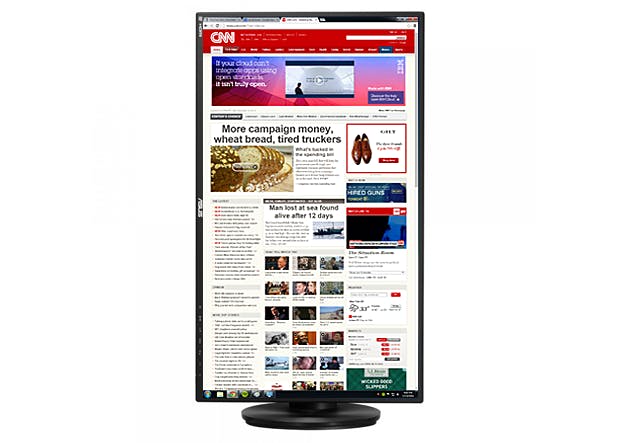 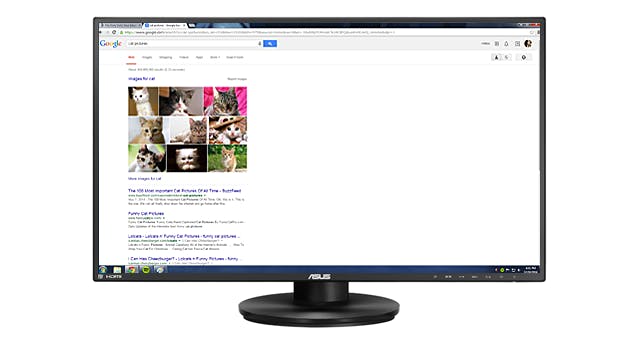 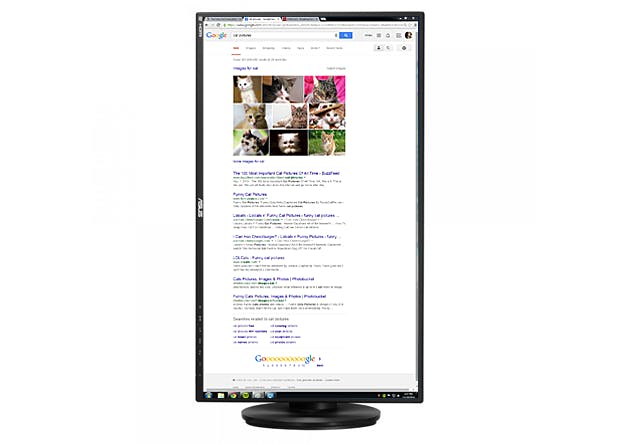 No more wasted space. This display means there’s so much more content on the screen; you’ll wonder how you ever got anything done using that old, tired landscape orientation.

Say goodbye to the old

There are a couple of key reasons why most people are just now seeing vertically-oriented displays as an option. The driving force behind widescreen displays for PCs has always been video content. YouTube, Netflix, Hulu—these are the reasons people wanted widescreen monitors in the first place, but now that your TV has a half dozen devices that can access all of those services and countless more, the need for a monitor to double as a TV screen has fallen off greatly.

LCD technology is also what’s held the vertical revolution back. Viewing angles on LCD screens are often a crapshoot, and for a long, long time you’d get a nasty surprise if you flipped your widescreen display on its side: a distorted image. LCDs have come a long way in recent years, however, and most now look perfectly fine when flipped.

Now, before you go cracking your monitor stand in an attempt to correct the issue it’s important to note that not all monitors are capable of making the switch. Some displays are made to be used in horizontal mode for life, and if you have a monitor that has a non-removable base, you’re almost certainly going to be out of luck here.

However, as more and more people realize that a vertical monitor is superior for their everyday tasks, most manufacturers are including pivots that let you rotate at will. ASUS alone makes nearly two dozen different displays with built-in pivots, and while I haven’t personally tested every single one of them, the brand’s glowing reputation speaks for itself. There are also great pivot-friendly options from AOC and Dell.

Even if your monitor doesn’t have that luxury, there are plenty that allow you to remove the stand entirely and equip a monitor arm that allows you to rotate it in any orientation you like. Your options are many.

So go ahead and break out of landscope mode. Your brain will thank you for it.