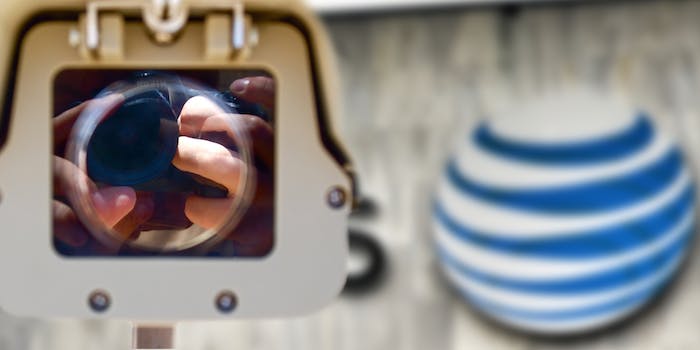 The Wall Street Journal has reported it's found a long-suspected, but not yet proven, piece of the NSA surveillance puzzle.

The Wall Street Journal has reported something long suspected, but not not fully and explicitly proven, about the National Security Agency’s spy practices.

It’s a topic that reached national consciousness in 2006, when former AT&T employee Mark Klein offered sworn testimony that the NSA had hardware that could intercept AT&T’s Internet and email traffic. Other leaked documents provided by former NSA contractor Edward Snowden have shown that the NSA has vast Internet spying capabilities, indicating that the agency is able to tap into undersea, intercontinental fiber optics cables.

The Journal‘s report, however, is believed to be the first since Snowden’s disclosures to show that the NSA relies heavily on legal relationships with all major American telecommunications programs to help establish its ability to query much of the world’s Internet traffic in real-time. Speaking with a number of unnamed current and former intelligence officials, the Journal quotes one as saying this practice has “been going on for some years.”

The NSA’s relationship with each of these companies is unique, according to the report, and there tends to be third-party legal advisors on the telecommunication companies’ end. Separate leaked documents have shown that at least three major telecommunication companies, AT&T, BellSouth, and Verizon, have never legally challenged the NSA’s program of monitoring the metadata of Americans’ phone calls.

The most striking element of the claims from the Journals’s source is that the NSA’s partnership with telecom companies means the agency can reach roughly 75 percent of all Internet traffic. On the surface, this would seem to heavily contradict the NSA’s recent claim that the agency only touches about 1.6 percent of the world’s Internet data on a daily basis, and only eventually reviews 0.00004 percent of it.

But the vast majority of Internet traffic isn’t communications; it’s activity like file-sharing and streaming video. As the Daily Dot’s own calculations found Tuesday, that means the agency could have a hand in more than half the Internet’s communications.

Photos by patrickcain and oddwick/Flickr, illustration by Fernando Alfonso III