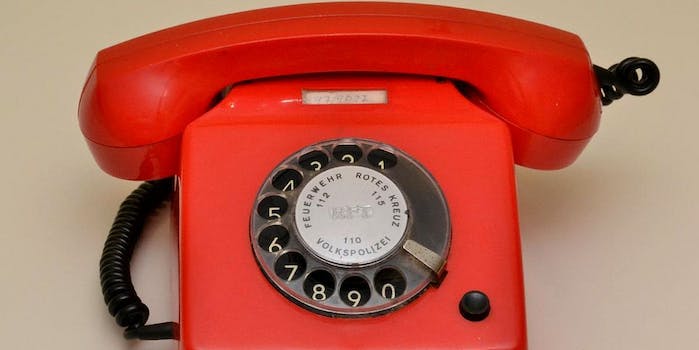 The President now has a ‘space hotline’ to speak to China

When that hotline bling.

You know when that hotline bling, that can only mean one thing: China is on the line and a potential international space conflict needs to be contained. The United States and China have set up a direct link to better communicate about ongoing space activities.

The two nations opted to set up the “space hotline” in hopes of improving communication between their space and military agencies; it is designed to help discuss potential collisions, approaches, and tests as it relates to satellites and other orbiting equipment.

The phone line should also make it easier to avoid conflicts like the one that took place in 2007, when China successfully tested an anti-satellite weapon, much to the concern to the United States. Tensions regarding the possibility of space warfare have only grown since then, with fears that satellites could become targets of an enemy in an attempt to cut off coordination and intelligence-gathering capabilities.

Prior to the institution of the hotline, the United States would have to send notifications of space activity to China through the nation’s ministry of foreign affairs. A U.S. assistant secretary of state explained to the Financial Times that the chain of communication went from, “JSpOC [Joint Space Operations Center] to the Pentagon, to the State Department, to the US Embassy in Beijing, and then on to a contact there.”

With a direct line between Washington and Beijing, the process should be simplified. The initiative is reminiscent of the famous “red telephone” set up between the U.S. and Russia during the Cold War. That link was created following the Cuban Missile Crisis, during which diplomatic messages took up to six hours to deliver.

Earlier this year, the U.S. and China set up a different hotline to establish coordination in a joint effort to fight cyber crime. The link aims to improve dialogue during requests for assistance by the nations as they combat malicious cyber activity.