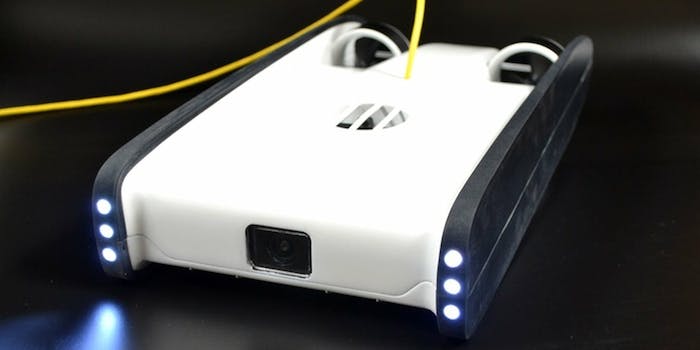 OpenROV has already raised $537,000 for its underwater drone, Trident.

We know embarrassingly little about the ocean. While the tech community generally looks outward to Mars and the moons of distant planets as the great human frontiers of the future, the simple truth is that there’s plenty of discovery left to be had at home under the ocean’s surface.

In keeping its mission to make underwater exploration as accessible as possible, a company called OpenROV has launched its second Kickstarter project to bring its underwater drone Trident to the world.

“It flies [through the water] like an airplane,” says OpenROV co-founder David Lang.

Trident weighs just over 6 pounds, can dive to a depth of 100 meters, and can travel at 2 meters per second with a battery that will run for three hours. Its video camera feeds images up to the surface for display on your smartphone or tablet via a neutrally buoyant tether, as radio waves can’t penetrate deep water, and the entire rig fits in its own carry-on-sized suitcase. 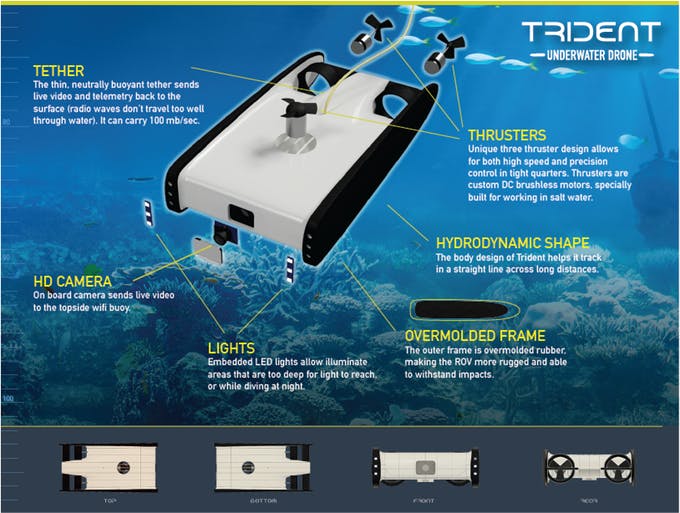 2 meters per second underwater is faster than one might think.

OpenROV’s software and designs are open source, meaning they’re free for anyone to use and modify as they see fit, and the OpenROV community (which the company refers to as its “secret sauce”) not only helps others when their gear doesn’t work as intended but shares upgrades and modifications that may be useful for other people’s robots as well.

“Our community was chomping at the bit [for a new robot], that’s why we got off to such a strong start. We sold out in three minutes, and people were still buying kits,” Lang told the Daily Dot over the phone.

“We can go deeper, stay down longer, go more dangerous places, and do it all with a VR interface while sitting in your own personal submarine.”

Trident represents years of effort in perfecting an affordable piece of technology to bring underwater exploration to the general public. “It’s a field that “shouldn’t be exclusively for National Geographic or people with lots of money,” Lang said. “It’s hard for people to realize how recently people started going below the surface, and how much further we can go and will go. I think [OpenROV] is leading a charge in some ways.”

At the time of this writing, the team has raised more than $537,000 in Trident preorders, far exceeding its $50,000 goal. There are still 38 days of fundraising to go, and the blockbuster project has already dwarfed the team’s (also very successful) first Kickstarter project from June 2012, which yielded over $100,000 and developed a precursor to Trident.

Lang speaks passionately about his company’s launch and its potential for applications, such as telerobotic exploration. According to Lang, one could hypothetically receive the Trident’s video feed through an Oculus Rift VR mask, turning a Trident into a fully immersive personal virtual submarine.

“This is what we’re most excited about,” he said. “Drones are cool, they go overhead, you get photos of stuff you mostly already knew was there. We get to go to places most people haven’t been to. We can go deeper, stay down longer, go more dangerous places, and do it all with a VR interface while sitting in your own personal submarine. A personal submarine is mindblowingly cool.” 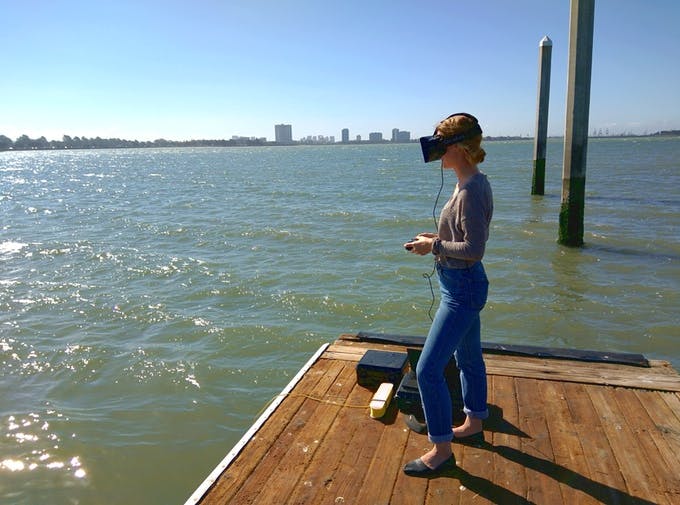 A person wearing a VR headset explores the depths below her via the Trident’s camera.

There’s a “marked difference” in how OpenROV is operating its latest Kickstarter project compared to its first one two and a half years ago. “We’ve grown up and Kickstarter’s grown up,” Lang said. He described how five years ago the team just wanted to explore underwater caves in search of gold, but in the time since then, they’ve shipped 1,600 underwater robot kits to 50 different countries, prototyped and experimented with numerous new designs, and built a community of similarly minded underwater enthusiasts online. The Trident reflects the company’s growth and maturity.

“We hired more people and learned more about what we want and what we could do, so that’s when we started dreaming up this new model,” Lang said. 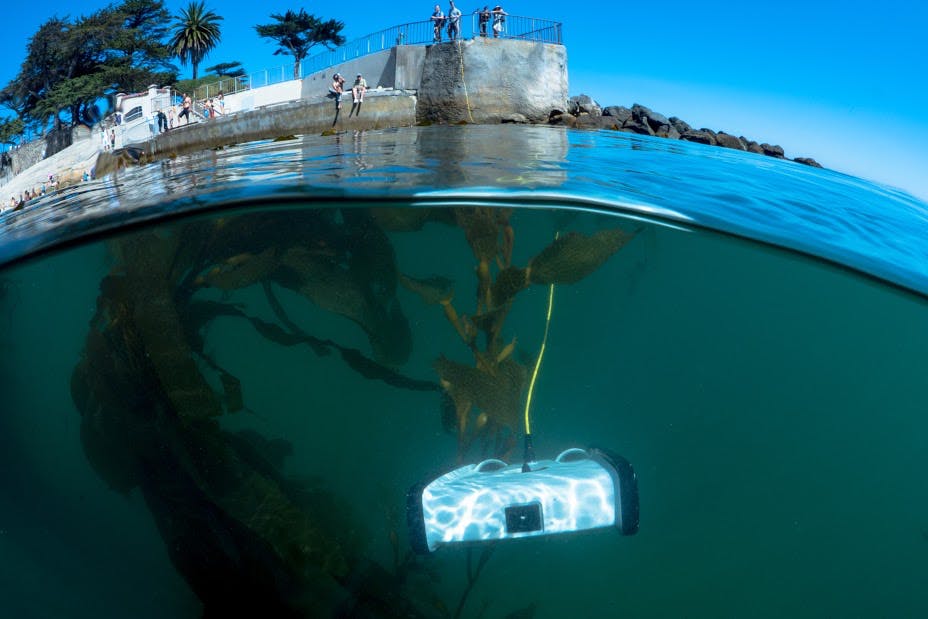 There are a limited number of Trident units available at an early bird pricing of $949, but the devices will ultimately retail for $1,200 each. If you’re feeling generous and want to sponsor a school to receive a Trident of its own, you can do so for a pledge of $1,000. For $5,000, you can accompany the OpenROV team on an exploratory mission off the coast of northern California. (That price includes your own Trident drone to take home, of course). Backers of this Kickstarter project can expect to receive their devices in November 2016.