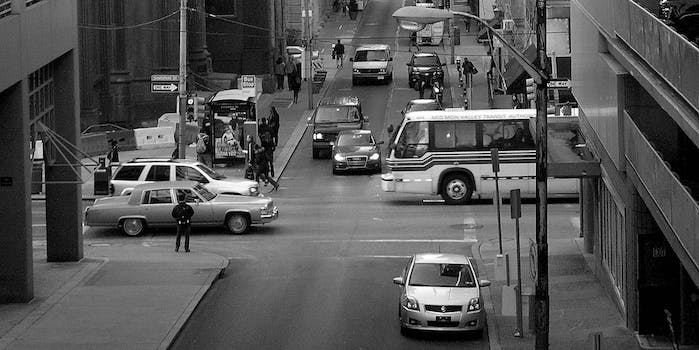 Uber is testing self-driving cars, and here’s what they look like

The company announces its first tests in Pittsburgh.

Uber’s self-driving cars are hitting the streets of Pittsburgh, Pennsylvania, and the company released information about what those cars look like and do.

Hybrid Ford Fusions from Uber’s Advanced Technologies Center come equipped with sensors, cameras, and laser scanners to detect things up to 100 meters in all directions. 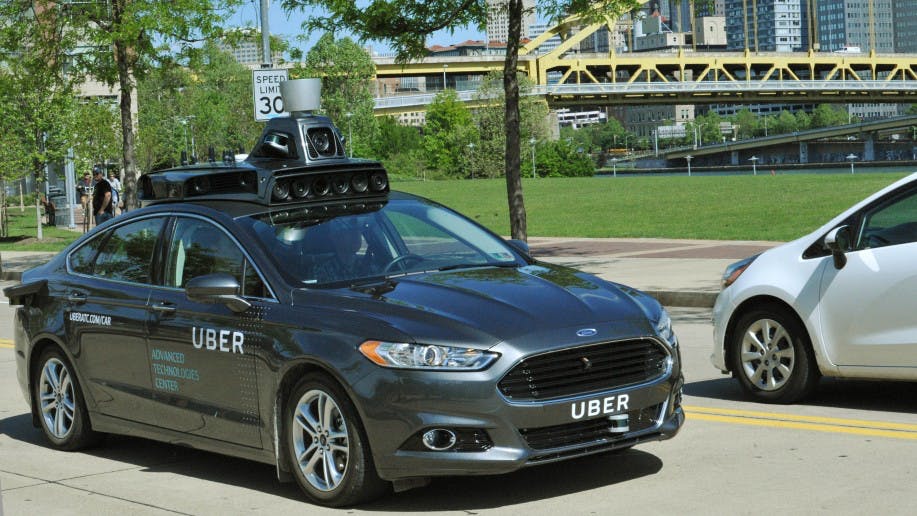 A reporter for Pittsburgh’s Tribune-Review took a ride through the city in one of Uber’s vehicles, and said it detected cars in traffic, people jaywalking, cyclists, and even a goose crossing the street. As the reporter described:

The car will accelerate, brake, steer and perform other basic functions on its own. It switches out of self-driving mode with a loud beep if its sensors detect a car swerving into its lane or it encounters something it does not recognize or know how to negotiate. The driver can take control of the car at anytime.

Uber is testing self-driving technology, but the cars are also doubling as vacuums for mapping data. As the cars drive around the city, they’ll be collecting information about the terrain, environment, and other objects on the road.

The on-demand taxi service joins other companies including Google and Tesla in developing self-driving technology. Google has logged over a million autonomous miles on roads in the U.S., and Tesla’s vehicles already come with the slow self-driving Summon feature.

Lyft, too, may be testing out new ways to shuttle passengers autonomously. GM, the car company that invested $500 million in Lyft to further self-driving car development, is reportedly testing Chevy Bolts in San Francisco that come equipped with autonomous technology.

It’s a long race to fully-robotic vehicles between the two on-demand car services, which will potentially leave drivers, the workers who are currently powering the apps’ widespread popularity, jobless. Already the companies are embroiled in battles with drivers over fare wages and whether or not drivers should be considered employees. Uber recently settled lawsuits in California and Massachusetts, and will pay drivers up to $100 million, improve transparency around its termination and ratings process, and establish “driver associations.”

A user with the name Disgusted Driver brings up the logistics behind moving people who can often be messy:

It’s hard to imagine they will have this going in the next 5 years or so. Can’t imagine what the vandalism will be like or throwing up in it for the next passenger, and if I saw an empty one I would be tempted to walk in front of it to get it to stop, put a cone or something in front of it, put another cone behind it and let it sit there unable to move.

I would think that the capital costs would kill them.

And UberBlackDriverLA agrees that ultimately self-driving cars will be safer:

According to the National Highway Traffic Safety administration, 94 percent of accidents on the road are caused by human error. Driverless car advocates say that autonomous vehicles will ultimately make our roads safer and save lives. In April, Uber joined Lyft, Google, Volvo, and Ford to launch the Self-Driving Coalition for Safer Streets, an organization that will work with civic groups, businesses, and governments to push for self-driving car development and fair regulation.

The federal government is also pushing for autonomous vehicles. Earlier this year, the Obama administration called for a $4 billion investment over 10 years for the adoption and creation of safe vehicle automation.

We’re still quite a ways off from these vehicles being used to shuttle passengers, but eventually when you get into an Uber, it will be a computer, not a human, behind the wheel.